Scientists from the Army Research Laboratory have designed a camera drone capable of being fired from a 40 mm grenade launcher, researchers say, on the heels of a patent filed last month.

There are two variants of the Grenade Launched Unmanned Aerial System, or GLUAS, one is a is a small, paragliding system with folding blade propellers and Mylar paragliding wings to help it stay in the air, and the other is a helicopter-style that hovers on a gimbaling set of coaxial rotors, said John Gerdes, a mechanical engineer with ARL.

The GLUAS is a small projectile, 40 millimeters in diameter, can cover a long distance with a gun-launching system. The breakthrough, he said, is with how miniaturized autonomous flight hardware has become.

The drone has a 2-kilometer range with a projected battery life that could top 90 minutes, and is capable of operating up to 2,000 feet in the air, according to researchers. 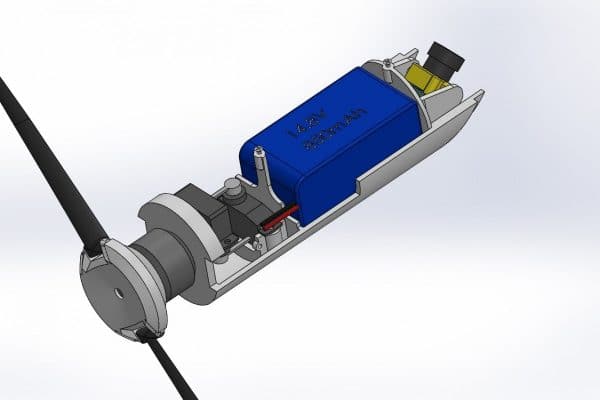 After launching, the drone spreads its wings and soars at a fixed airspeed controlled by ground troops with a joystick or handheld device. On the drone, a camera is equipped to provide a video feed to a ground station below.

“In battle, there are multiple scenarios of when Soldiers would use this technology,” Gerdes said. “How it’s used depends on which theater they’re operating in.” 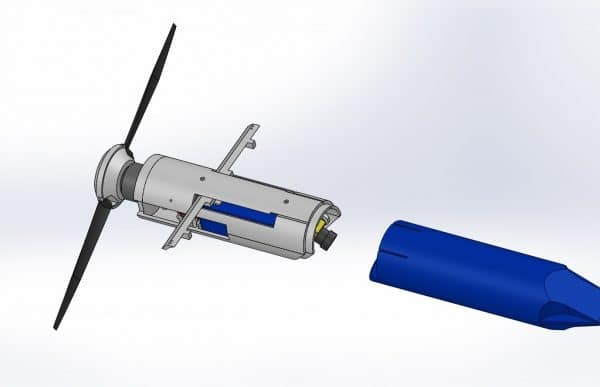 For example, on the mountain ranges of Afghanistan, if Soldiers found themselves under sniper fire, they could deploy the drone to check over the area and determine the enemy’s location.

The lightweight GLUAS drone is designed to increase Soldier lethality by giving them a bird’s eye view of the battlefield, he explained, and will easily integrate into most kits carried by Soldiers in the field.

“This device provides an autonomy and intelligence platform to help Soldiers perform useful missions while having a lookout from hundreds of feet in the air,” Gerdes said. “This integrates modern types of intelligence.”

“[GLUAS] is aligned with Army modernization priorities,” said Hao Kang, another mechanical engineer with ARL. “We’re trying to provide capabilities to individual Soldiers. The most exciting part of this is the viability of this platform, coupled with its gun-launched deployment capabilities.”

“Things like GPS receivers and flight controllers are very feasible to install [onto the GLUAS], which makes it easy to maintain a position or follow a ground unit,” Gerdes said. “Basically, if there is something you want to look at, but you have no idea where it is yet, that’s where the drone comes in.”

Although they’re making technological breakthroughs at ARL, the scientists aren’t working on the same timelines as other developers, Kang said.

“We’re here to develop innovative concepts for the warfighter’s needs, which generally means we bring the size and weight down of a device, and push up the range and lethality,” Gerdes said. “At ARL, we’re typically focused on the basic innovation and discovery aspects of research.”