As some states begin to loosen virus restrictions, most Americans say it’s not safe

New York Police Department officers wear face masks as they attend to a crash involving a police officer in midtown along 5th Avenue on April 20, 2020 in New York City. Despite streets being mostly empty of traffic because of the COVID-19 pandemic, speeding tickets in Manhattan have nearly doubled as drivers take advantage of the sparse traffic to speed and in some cases drag race. (Spencer Platt/Getty Images/TNS)
April 22, 2020 Charles Duncan - Miami Herald
Share
Tweet
Flip

Some states are beginning to loosen restrictions on businesses and public spaces meant to slow the spread of the coronavirus. But a majority of Americans say gatherings won’t be safe until at least the end of June, according to recent polls.

The poll, conducted by The Washington Post and the University of Maryland, found that 9% of people in the United States think gatherings will be safe by the end of April. 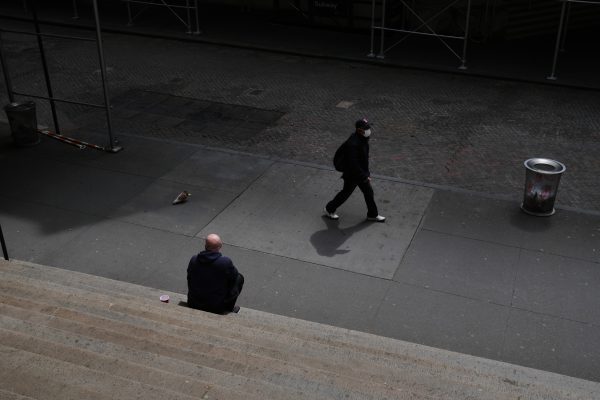 Wall Street and much of the Financial District stands empty as the coronavirus keeps financial markets and businesses mostly closed on April 20, 2020 in New York City. New York City, which has been the hardest hit city in America from COVID-19, is starting to see a slowdown in hospital visits and a lowering of the daily death rate from the virus. (Spencer Platt/Getty Images/TNS)

In the hardest hit areas on the West Coast and in the Northeast around New York City, governors are working together to set a strategy to loosen restrictions, including easing stay-at-home orders. They have not announced any specific dates as they continue to wrestle outbreaks and work to ramp up testing to make sure hospital won’t get overwhelmed.

But in other states, including South Carolina, Georgia, Tennessee and Texas, governors are already moving to loosen restrictions. 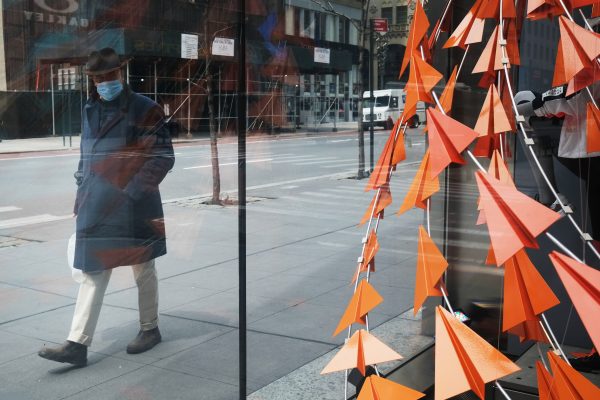 People move through an empty midtown Manhattan as the coronavirus keeps financial markets and businesses mostly closed on April 20, 2020 in New York City. New York City, which has been the hardest hit city in America from COVID-19, is starting to see a slowdown in hospital visits and a lowering of the daily death rate from the virus. (Spencer Platt/Getty Images/TNS)

The White House has released guidelines for states to reopen, including more testing and contact tracing for people who are infected. But the president has also called for protesters to “liberate” Minnesota, Michigan and Virginia — all run by Democratic governors — from lockdown orders.

Since the pandemic began and states began issuing stay-at-home orders and shutting down bars, restaurants and many other non-essential businesses, millions of people have been laid off.

The new poll shows that the pandemic has caused financial hardship for half of Americans. And of those people who are experiencing financial troubles from the virus, almost 70% say they are worried they won’t be able to pay their bills next month.

An ABC News/Ipsos poll released last week found people split along party lines on whether the U.S. should reopen the economy on June 1. “The June 1 date sharply divides partisans with 51% of Republicans and only 17% of Democrats thinking they will resume normal activities by then,” ABC News reported.

The Washington Post/University of Maryland poll was conducted April 14-19 and has a margin of error of 3.5 percentage points.