Pfc. Glendon Oakley, who gained attention for getting children to safety during the August 2019 mass shooting at an El Paso, Texas Walmart, was found dead in his quarters this week.

“Oakley served as an automated supply logistical specialist, assigned to 504th Composite Supply Company, 142nd Combat Sustainment Support Battalion, 1st Armored Division Sustainment Brigade and was a Killeen, Texas native. His death is under investigation by Special Agents from the U.S. Army Criminal Investigation Command. At this point in the investigation, foul play in not suspected.”

Oakley had joined the Army in October 2017, and had previously served on deployment to Kuwait.

On the day of the El Paso shooting, Oakley was shopping at a nearby Footlocker store when a child came in distraught over the shooting.

Oakley had a gun license, and withdrew his concealed handgun upon exiting the store. However, he saw what he described as “a whole bunch of kids just running around” without their parents, so he went to work carrying and escorting them to safety.

Glen Oakley, who was near the El Paso Walmart, is in the military and he rushed to protect children during the shooting pic.twitter.com/FCpoZAInBv

Days after the shooting, President Donald Trump visited El Paso and met with Oakley, among other first responders.

“What a job he did,” Trump said of Oakley. “There are lot of heroes. A lot of people who did just incredible work.” 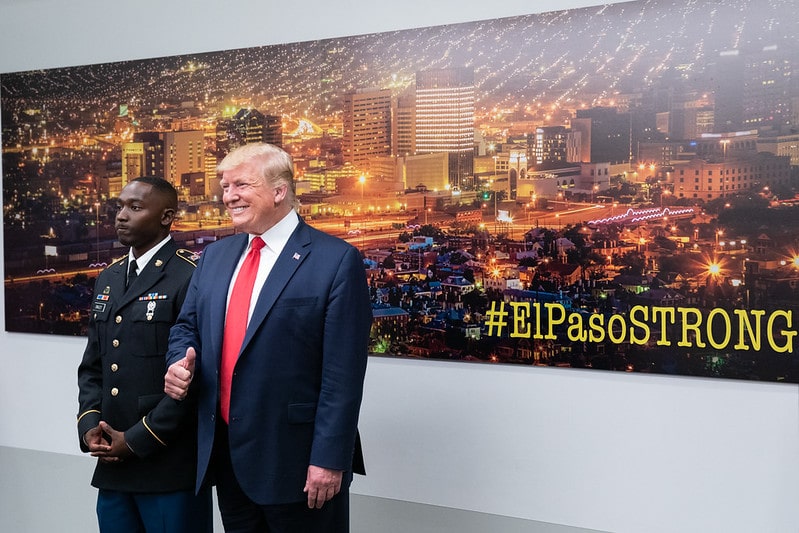 Oakley was awarded the Army Commendation Medal for his heroic act.

Two months after the shooting, Oakley was arrested for desertion near his hometown of Killeen. Harker Heights Police Department officers located him in his vehicle on behalf of Fort Bliss, who issued an order for his arrest.