The Military Order of the Purple Heart and the Friends of the Monument of Courage hosted a memorial Sunday in Lubbock honoring those who fought at the Battle of Iwo Jima.

The event was held at the Lubbock Area Veterans War Memorial to remember the 25,851 American casualties in the battle, including 7,000 Marines during the pivotal battle in the Pacific Theater of World War II. 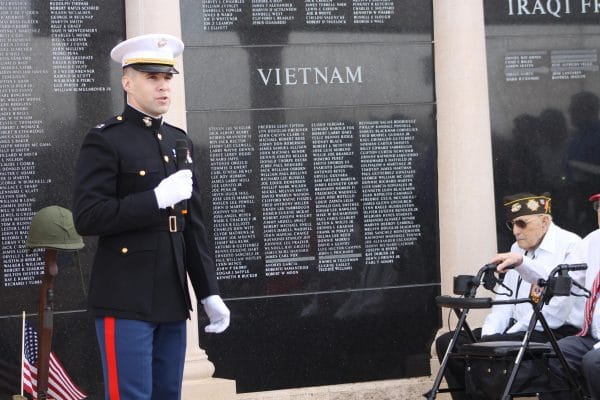 “Today, we are honoring the only battle in World War II where American losses totaled or exceeded Japanese losses,” said Blake Deignan, Marine and inspector-instructor in Lubbock’s Direct Support Company B. “We had (more than) 21,000 American causalities over a five-week battle.”

Deignan said that after the war, soldiers were awarded the Medal of Honor. Out of the medals given to military personnel, the Marine Corps accounted for nearly 30% of recipients. 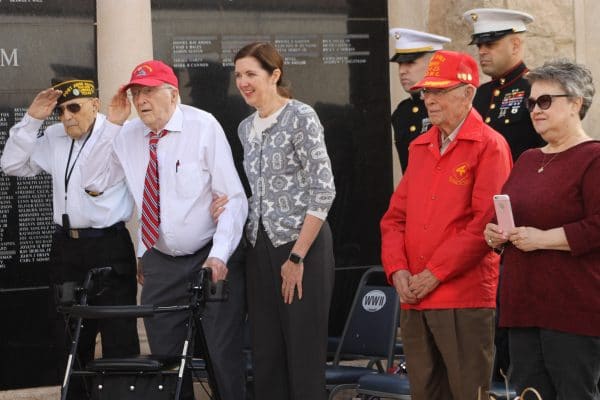 The men were presented with WWII certificates and sand from Iwo Jima by the Lubbock VFW.