Last week, as he competed at the 2020 World Para Surfing Championship in San Diego, Calif., Jose Martinez celebrated eight years since waking up from the blast that changed his life forever.

Martinez, a U.S. Army veteran, was on a foot patrol on March 3, 2012 in Kandahar, Afghanistan when he stepped on a 60-pound IED meant to take out a vehicle. Martinez lost both legs, his right arm, fingers on his left arm and some of his internal organs in the blast. In what he calls a miracle, Martinez’s teammates saved his life and he ultimately awoke from an ensuing 10-day coma on March 13, 2012. 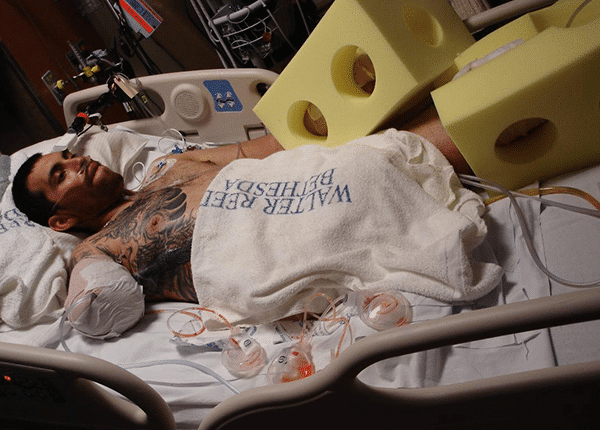 Jose Martinez woke from a coma on March 13, 2012 after being injured in an IED blast while on patrol in Kandahar, Afghanistan (Photo provided by Jose Martinez)

After living in a hospital for two years and undergoing 21 different invasive surgeries and months of therapy, Martinez found himself reliant on pain medication to get through life. Desperate to cast off suicidal thoughts, a growing opiate addiction and subsequent damage to his nervous system as a result of heavy medication, Martinez gave up the painkillers and tried out surf therapy at the Naval Medical Center in San Diego.

Martinez quickly replaced one addiction with another. Now he says catching a wave is “kind of like my drug.” 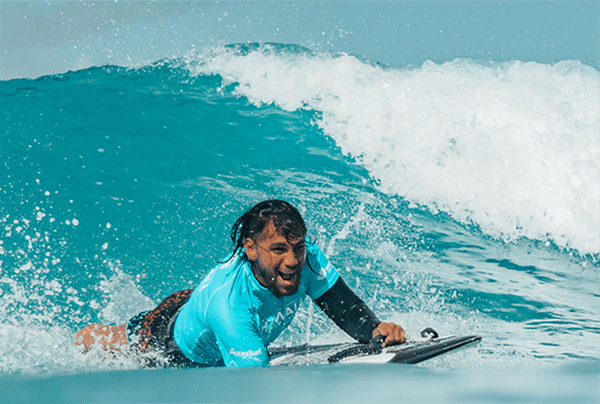 It was through surfing that Martinez met Ricochet, a therapy dog that has been surfing since 2009 when she jumped on the board of a 14-year-old boy with a spinal cord injury. Martinez and Ricochet formed an immediate connection and he became fast friends with the surfing dog and her owner Judy Fridono.

“She actually helped me out, being able to get out into the water and getting a little bit more confident and comfortable in the water,” Martinez said of surfing with Ricochet.

Through surfing, Martinez and Ricochet joined their efforts to support veterans causes, aiming to tackle such issues as PTSD, drug addiction and suicide. 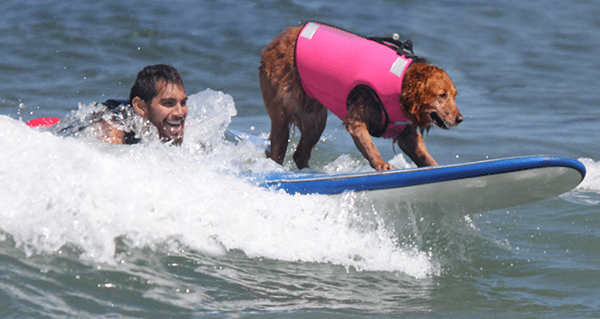 “I’ve lost more of my friends here through suicide than what I lost when I was out there [deployed in Afghanistan],” he said.

Fridono said one of the ways she likes to have Ricochet work with veterans is to put on days at the beach where veterans and children with special needs can work together to learn how to surf, with Ricochet there to help.

“What we found was pretty much what Jose was talking about, that once somebody is even retired or separated from the military, their whole purpose in life is gone sometimes, so that’s a big part of the depression and suicide,” Fridono said. “So giving them purpose by being able to help someone else really makes a difference.”

Prior to joining the surfing team, Martinez had competed in 14 contests and won 13 gold, silver and bronze medals. The only contest he didn’t win was the first one he entered, Fridono said.

Martinez was brand new to the team when he competed last week across the multi-day 2020 World Para Surfing Championship, put on by the International Surfing Association (ISA). According to the ISA, the event featured 133 athletes from 22 nations, competing across several different categories.

Martinez, who competes in the men’s prone surfing category said he thought he had made an error during his first heat at the championship.

“The first time I took that wave during that heat I thought something went wrong, because I heard that whole beach erupt,” Martinez said. “As I looked over I saw everyone was jumping and cheering.” 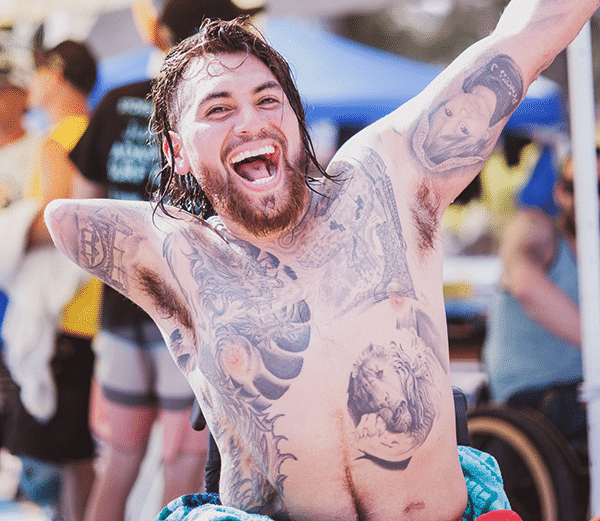 Jose Martinez said the beach erupted with noise when he began his first heat of the 2020 Para Surfing World Championships. He soon realized the crowd was cheering him on through the competition. (Photo provided by Jose Martinez)

He soon realized the onlookers were cheering him on through one of his biggest competitions to date. That same crowd enthusiasm carried on as Martinez advanced through the competition to place third in the world in his division.