Lawmakers on both sides of the aisle expressed skepticism Tuesday about whether the Taliban will live up to its side of the Afghanistan peace deal brokered by the Trump administration.

That agreement, announced Feb. 29, calls for the complete withdrawal of U.S. forces within 14 months. U.S. leaders have stressed that the deal is conditions-based and requires the Taliban to negotiate in good faith with the Afghan government. But critics of the deal say it doesn’t sufficiently spell out the conditions the Taliban must meet.

Gen. Kenneth McKenzie, commander of U.S. Central Command, said the United States will have sufficient time to monitor what the Taliban does to make sure they are abiding by the agreement. 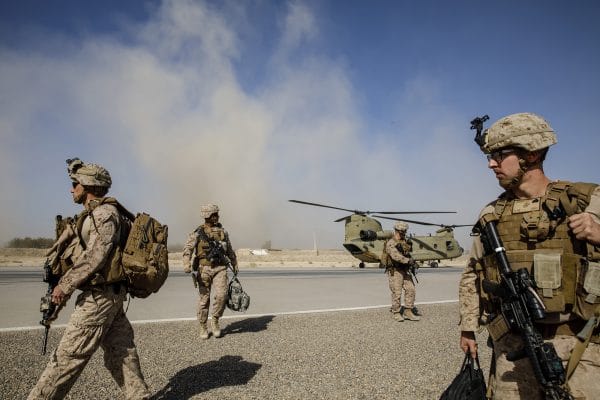 Tuesday’s discussion took place against a chaotic background in Afghanistan. Both incumbent President Ashraf Ghani and challenger Abdullah Abdullah held inaugurations Monday after claiming victory in September’s election. Additionally, a Taliban spokesman announced on Twitter that the intra-Afghanistan negotiations would not start Tuesday as planned because Taliban prisoners had not yet been released as called for under the U.S.-Taliban accord.

The United States has begun reducing its military footprint, and will reach its target of 8,600 troops deployed to Afghanistan by the middle of the summer, McKenzie said.

Democrats and Republicans both wondered what effect the reduction would have on America’s primary national security interest in Afghanistan, preventing terrorism originating from the country.

The drawdown “is happening before the deal with the Taliban and Afghan government is sealed and worked out,” said Rep. Veronica Escobar, D-Texas. “Perhaps not beginning the withdrawal so soon would have helped provide some leverage for the Afghan government.”

Part of lawmakers’ concerns centered on whether, even with the help of the Taliban, Afghanistan security forces can stop terrorism from festering in Afghanistan, as it did before the 9/11 attacks.

“I’m struggling to wrap my mind around how the Taliban has the military capability, even partnered with the Afghan Army … to keep that sufficient pressure on half the world’s terrorist organizations in one of the most difficult places in the world,” said Rep. Michael Waltz, R-Fla., a former Green Beret who served in Afghanistan.

McKenzie noted that in recent months, the Taliban has “compressed and crushed” ISIS-K, the local affiliate of the Islamic State terrorist organization, in the southern Kandahar province. It did so with “very limited” help from U.S. troops, he said.

Rep. Paul Mitchell, R-Mich., wondered what might happen if the Taliban runs out the clock and the U.S. withdraws, including leaving its Bagram Air Base, and then subsequently has to re-deploy forces into Afghanistan.

“We don’t have an alternative kind of staging (facility) in that area,” he said. “Leaving Bagram is a problem.”

Rep. Don Bacon, R-Neb., asked if there was evidence that the Taliban had severed relations with al-Qaida.

McKenzie said while he was confident of the Taliban’s adverse relationship with ISIS-K, he was less confident about al-Qaida.

“That’s something that will have to be demonstrated that has not been demonstrated,” he said.

After the hearing, Texas Rep. Mac Thornberry, the top Republican on the panel, said that he shared the concerns of the other members that to go lower than 8600, even down to zero within 14 months as spelled out in the agreement, requires certain conditions to be met, and there are still low-level attacks happening.

“Are our national interests going to be protected, or is there some other political agenda to get down to zero?” he said. “We’re going to have to be willing to face a disappointment if those conditions are not met and adjust accordingly.”

“The military has pretty thoroughly vetted 8,600, they think they can meet their mission with that number,” he said, “but to go lower than that starts to change things.”