Now, new policies are being put in place to mitigate the likelihood of a repeat attack, Garry Reid, director for defense intelligence, told the Senate Armed Services Committee’s subcommittee on emerging threats and capabilities at a hearing today.

Following the attack, Defense Secretary Dr. Mark T. Esper directed that vetting be strengthened for international military students. He also ordered a comprehensive review of the policies and procedures in place for screening foreign students and granting them access to U.S. bases, Reid said. 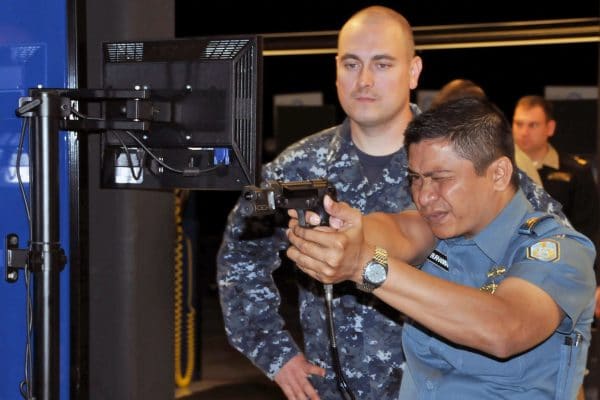 “With regard to the first task, we screened all current Saudi Arabian military students immediately using new procedures that we had recently put in place as part of our personnel vetting transformation initiative,” he said, adding that DOD is moving toward a “continuous vetting process” that relies on automated data record searches.

Those automated searches look at government, commercial and publicly available data, he said; the results are analyzed by trained security experts.

For the 10-day policy and procedure review, Reid said, the team found that DOD was “overly-reliant” on vetting conducted by the State Department for issuance of A-2 visas — the type issued to foreign government officials on business in the U.S.

Additionally, he said, information sharing between DOD and the State Department is insufficient. 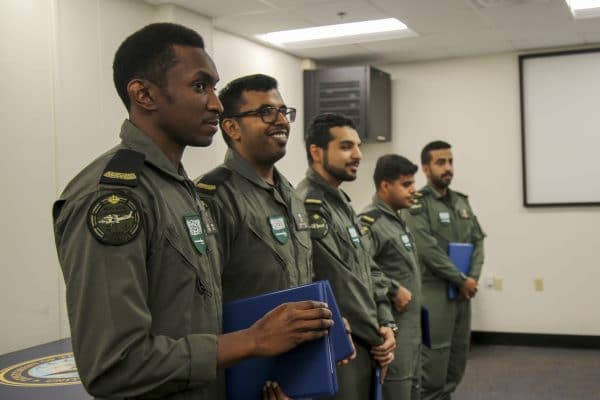 Students from the Royal Saudi Naval Forces graduate from the first MH-60R Sensor Operator Course offered by the Naval Education and Training Security Assistance Field Activity (NETSAFA) International Training Center (NITC). The eight-week NITC course is the latest training for the students as they prepare for flight operations as aircrew in the MH-60R multi-mission helicopter. (U.S. Navy photo by Carla M. McCarthy/Released)

“We also found that DOD programs meant to detect and mitigate events, such as the Pensacola attack, did not cover international military students,” he said.

Additionally, Reid said that policies varied from installation to installation regarding possession, purchase or handling of firearms by international military students. This has been addressed with the new policy.

International military students are now prohibited from buying, owning or handling firearms, he said. Students must acknowledge that they are, regardless of other laws, not allowed access to firearms as part of their training in the United States.

The report generated following the policy review is classified, Reid said, but it did yield 21 findings and 6 recommendations.

The department is “well underway” on implementing those six recommendations, he added.

“Protecting our personnel on our military bases is a top priority for Secretary Esper. Across the department we are actively reinforcing our insider threat programs, improving base security, and strengthening our counter-intelligence posture,” Reid said.

Army Lt. Gen. Charles W. Hooper, director of the Defense Security Cooperation Agency, told lawmakers that the training and education of foreign military personnel is one of our most effective tools to strengthen alliances and attract new partners. 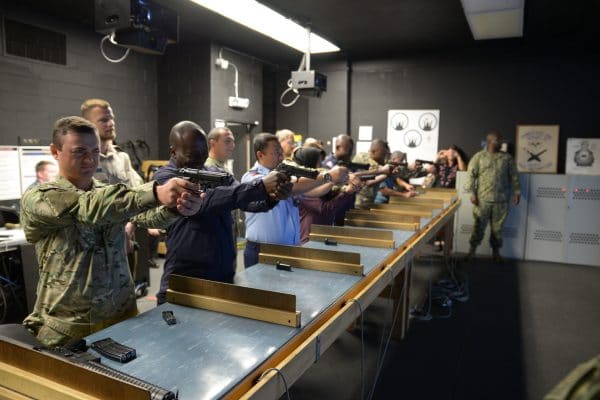 “These training programs build the capacity of our allies and partners to provide for their own defense and to contribute to shared security challenges,” he said. “Education and training in the United States is foundational to building an enduring interoperability with our partners and allies.”

The general said that since 2000, more than a million international military students have trained in the United States.

Additionally, the U.S. has trained more than 28,000 Saudi Arabian students over the duration of the U.S.-Saudi Arabia security cooperation relationship, Hooper said.

US airstrike takes out 4 Al Qaeda-affiliated terrorists in Somalia