Police: Boat captain says migrant group threatened him with gun to take them to US

A Bahamian man who claims he is the owner and captain of a boat that came ashore early Monday said he was forced to make the trip after a group of people he described as Jamaicans threatened him with a gun, saying they wanted to come to the United States, according to a police report.

After a boat was spotted on the island’s North End Monday morning, police initially said they were looking for immigrants, but later said the landing was tied to a drug-smuggling operation.

Palm Beach Police Department received a call from a resident around 5:33 a.m. Monday who said a “white lady” was standing in the middle of the roadway in the area of Queen’s Lane and North Ocean Boulevard, just south of the intersection, the report said. 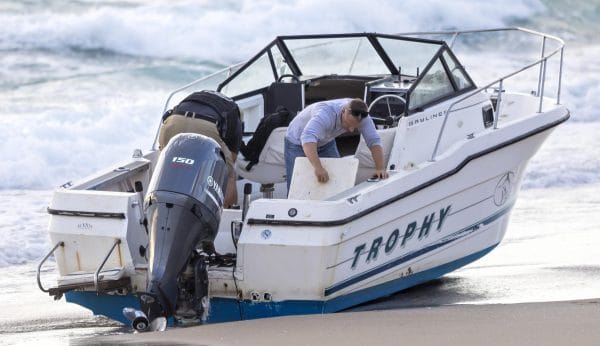 When officers arrived, they saw a man, later identified by his Bahamian ID card as Romell Milton Miller, wearing a blue T-shirt and jeans standing at the corner of Mockingbird Trail and North Ocean Boulevard, the report said.

The officer noticed that Miller’s shoes and pants legs, as well as a black backpack and a waterproof bag he had, were wet and covered with beach sand. Miller said he had just arrived in Palm Beach by boat, the report said.

Miller told police he was in the Bahamas early Monday morning, when he was approached by four men and three women, whom he described as Jamaicans, who threatened him with a gun and forced him to take them to the United States.

He said they landed on the beach about one mile south of Mockingbird Trail and North Ocean Boulevard, Once they arrived, Miller told police, the seven Jamaicans scattered on foot in different directions and that he didn’t know where they were going. Miller said he was both the owner and the captain of the boat, the report said. 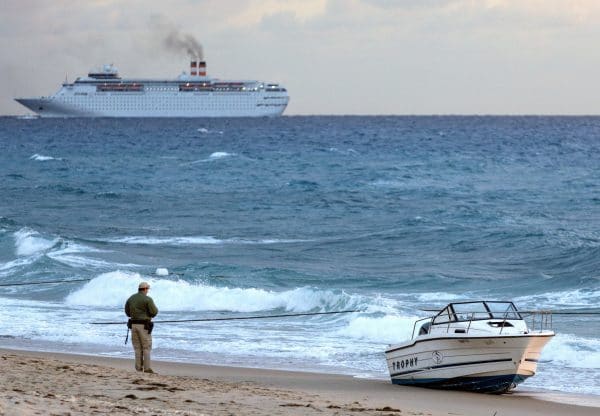 Miller’s motor boat, a 21-foot Bayliner Cutty Cabin with a Grand Bahamas registration number named “Trophy,” was discovered beached in the 700 block North Ocean Boulevard. Inside, officers found five bales of marijuana inside a black duffel bag. Homeland Security was called to the scene because of the drug smuggling, the report said, but it gave no details on the weight or ownership of the marijuana.

The department’s patrol units began canvassing the area around where the people had disappeared, with the assistance of the Palm Beach County Sheriff’s Office and U.S. Border Patrol. Police also deployed the department’s two drones to help with the search, according to the report.

Police located two of the immigrants, Paul Fritz Hendz, 21, and Charles Luckson, 22, walking in the area of Monterey Road and North Ocean Boulevard. They were apprehended and transported to a designated command post at the Palm Beach Country Club at 760 N. Ocean Blvd., the report said.

Their nationality was not included in the report.

On Monday, police said they had four men and one woman in custody and were seeking two women who police say are part of a drug-smuggling operation. The report obtained Tuesday gave no details on the other people in custody or whether the two women had been found.

Two additional migrant landings have been reported in Palm Beach this year.

On Feb 1, Palm Beach Police officers, with assistance from the West Palm Beach Police, detained nine migrants who came ashore in the area of Bahama Lane and North Ocean Boulevard in the town’s North End.

On Jan. 17, 12 migrants were detained as they came ashore on a 20-foot boat near the 900 block of North Ocean Boulevard. The group included two Cuban women, one Haitian man and nine Chinese nationals.