Keane began his military service upon volunteering during the Vietnam War and continued to serve until 2003, having risen to become the vice chief of staff of the U.S. Army. Trump recognized Keane as a “courageous warrior and fierce patriot” and recognized Keane for his career of service.

“General William DePuy, who helped rebuild the American military after Vietnam, wrote that Jack was the best brigade commander that he’s ever had,” Trump said. “He was very exceptional at all levels.” 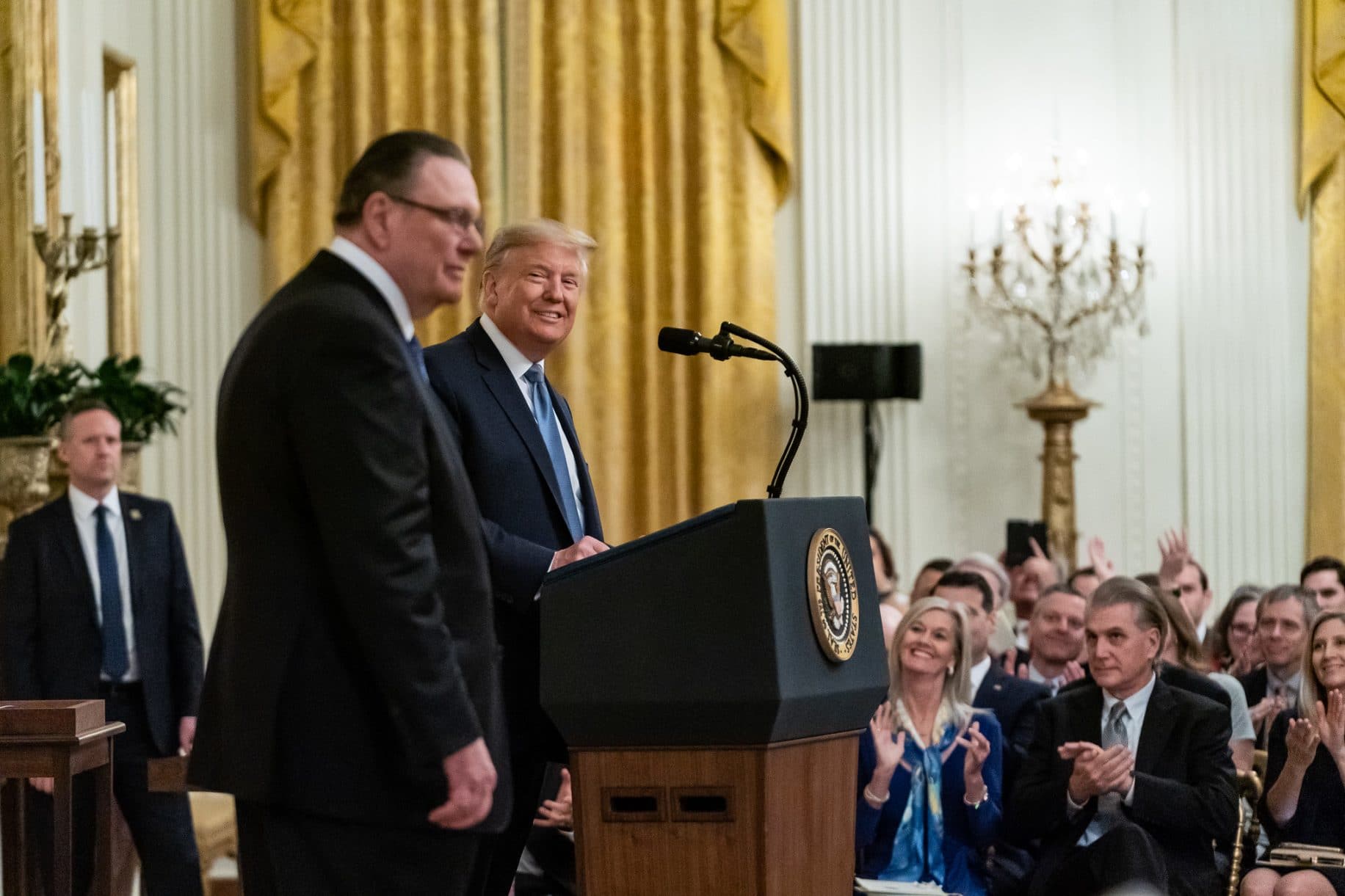 In 1991, Keane rose to the rank of brigadier general and lead the Joint Readiness Training Center. After becoming the vice chief of staff of the U.S. Army in 1999, Keane worked at the Pentagon and survived the Sept. 11, 2001 terror attacks.

Keane ultimately turned down the offer to become the U.S. Army chief of staff in 2003 and retired to care for his wife Theresa “Terry” Keane, who had developed Parkinson’s Disease. Keane has continued to serve as an informal military advisor for presidents and other leaders and helped develop the 2007 troop surge of Iraq, which Trump credited for helping stabilize the Iraqi government and facilitate the transfer of responsibilities to the Iraqi government.

Keane has also become the chairman of the Institute for the Study of War, a national security policy think tank, as well as a regular Fox News commentator.

In his remarks after receiving the award, Keane said he was “deeply honored” to receive the award. Keane said two experiences changed the course of his life. The first experience was the Vietnam war and the second was the 9/11 attacks. 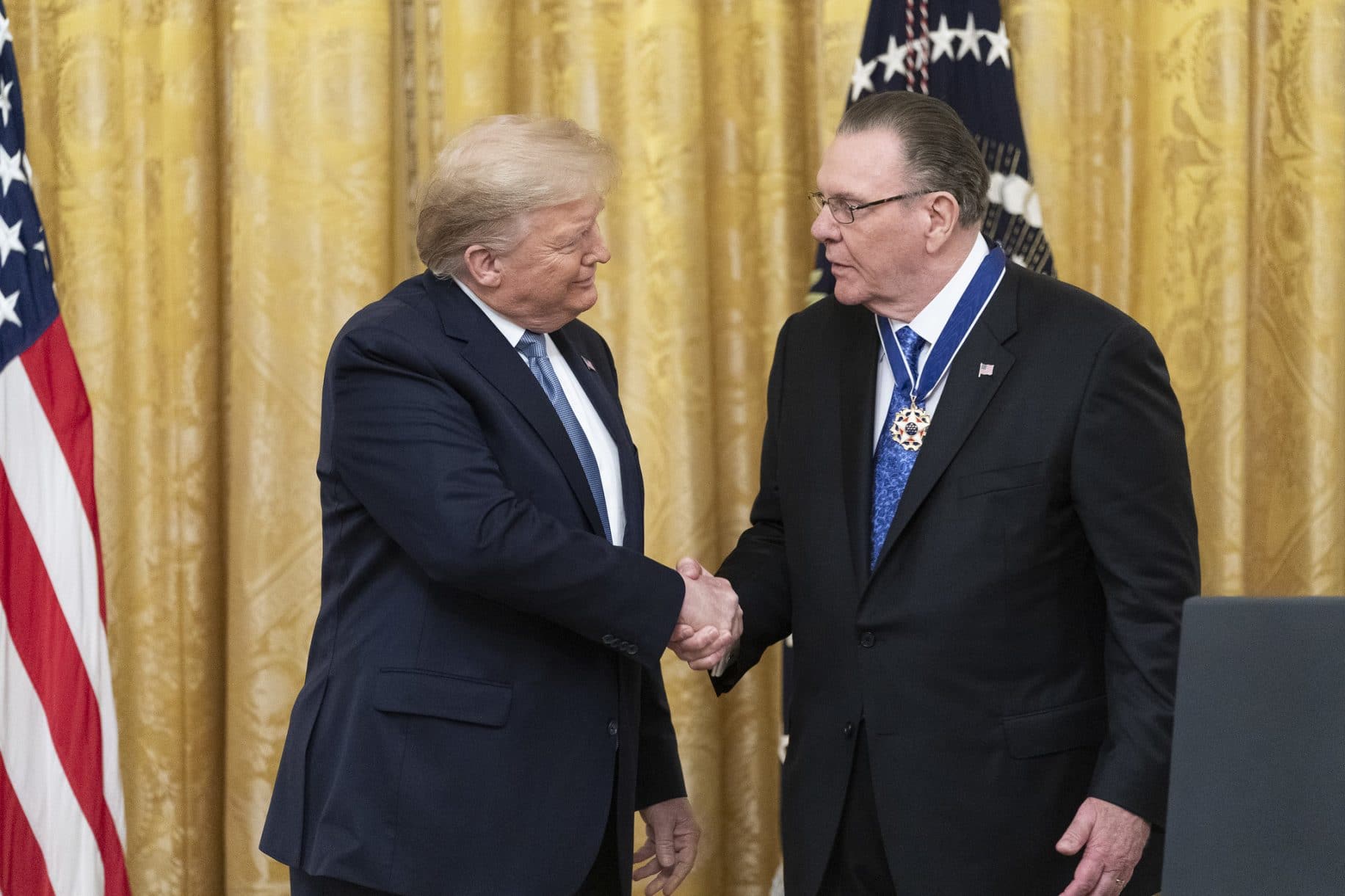 “An infantry paratrooper in close combat with my soldiers, where death was always a silent companion,” Keane said. “Yet it was there I truly learned the value of life, the value of human life, to treasure it and protect it.”

He said the war “crystallized” the importance of helping to prepare soldiers to be prepared with the necessary skills to succeed in combat.

“The second event was 9/11 at the Pentagon. I lost 85 Army teammates, lived the tragedy up close, attended scores of funerals with Terry,” Keane said. “Two days after, as a New Yorker, I was dispatched to the World Trade Center horror.” 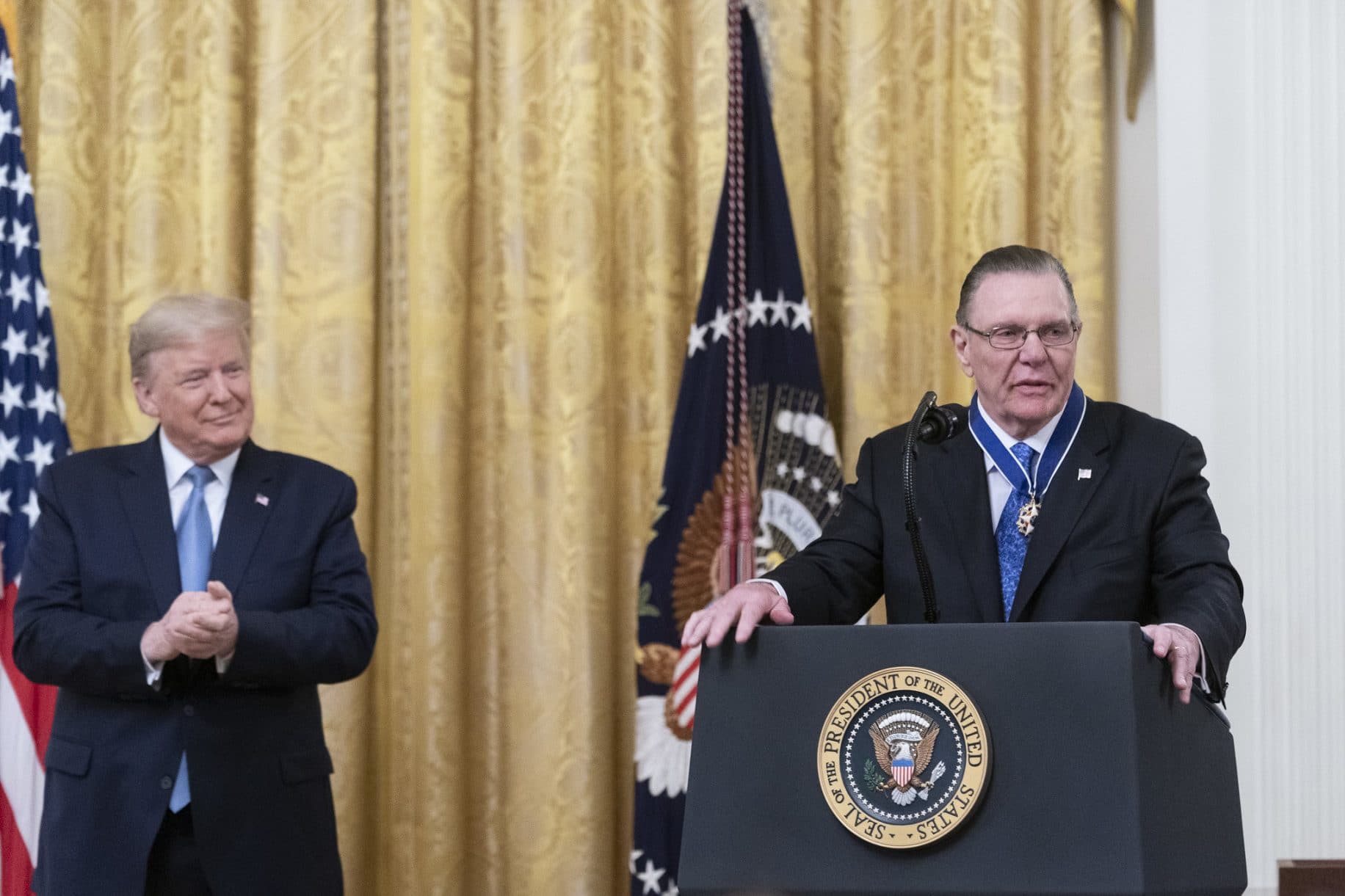 Keane continued, “It was personal, and I was angry, and despite having left the Army 17 years ago, I never left the 9/11 wars and America’s focus on radical Islam and what they did to us.”

Keane ended his remarks by giving credit to Trump for his emphasis on defense spending and preparedness throughout his administration.

“What you are doing to dig us out of the deep hole that you found the military in is all about protecting America. Not just for today, but for the generation to come,” he said.