People for the Ethical Treatment of Animals (PETA) has rushed a complaint to the commandant of the U.S. Marine Corps after photos emerged of Marines taking part in a survival training exercise in Thailand that involves eating scorpions and snakes.

PETA sent Gen. David H. Berger a letter on Tuesday calling for him to discontinue portions of the Cobra Gold 2020 training exercise in Thailand, where Marines must learn to survive by, among other things, catching and eating wild animals, and drinking their blood. 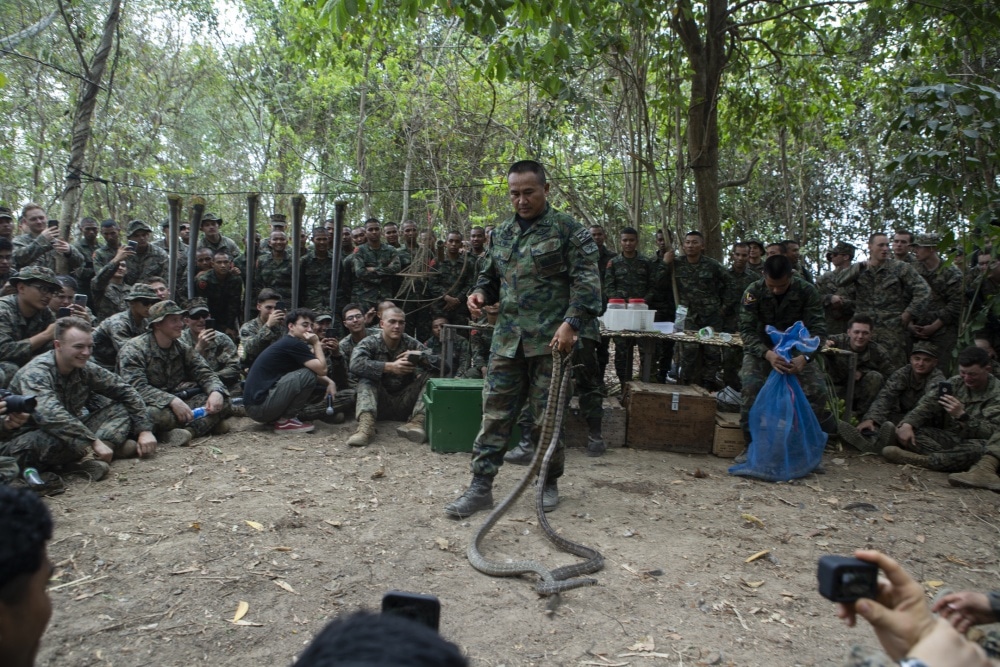 Photos of the controversial exercise were posted by official U.S. Military public affairs offices. U.S. Marines and their Thai counterparts were taught to handle the jungle’s poisonous wildlife and how to incorporate it into their survival diet. Those Marines were pictured eating insects and drinking the blood of decapitated snakes. 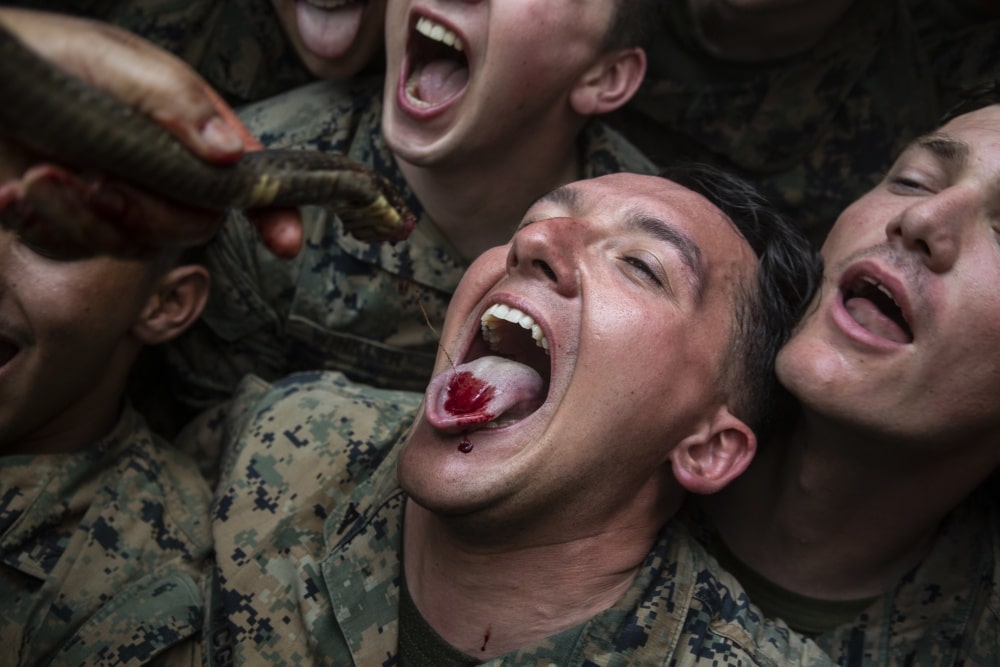 In their letter to Gen. Berger, the animal rights organization included a recent Daily Mail report which detailed the training exercise and noted: “There are also vegan options too with the jungle being rich in fruit and other lush, edible vegetation.” 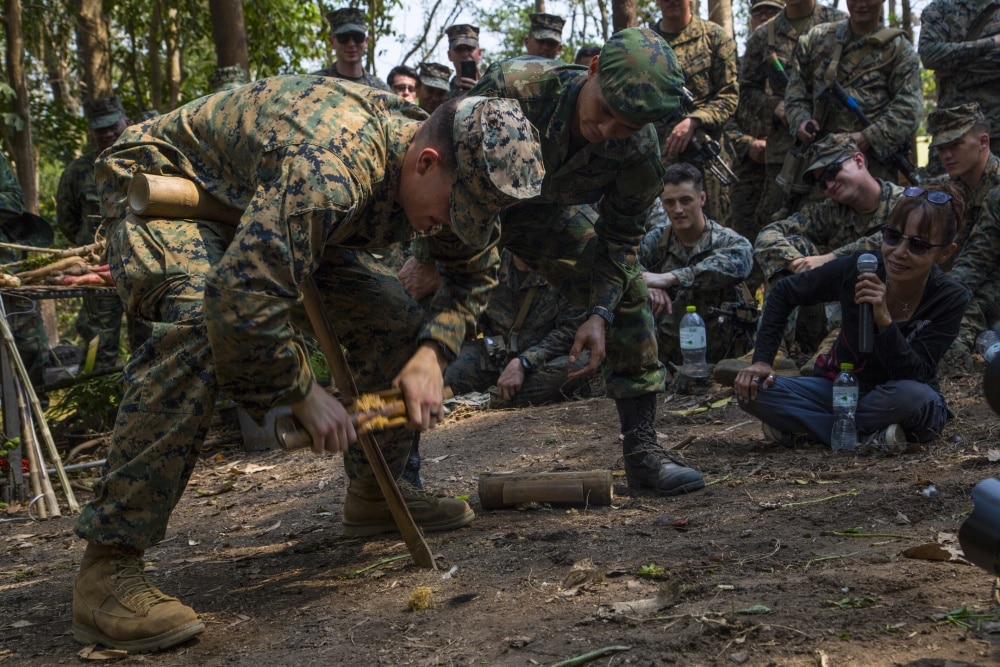