B.J. Keller, Jr. did what many young men did at the time: he volunteered to serve his country in the wake of the Japanese attack on Pearl Harbor, December 7, 1941.

On Feb. 14, 2020, nearly 75 years after the conclusion of World War II, Keller received an unexpected gift.

Chaplain Lisa Marshall, from the Gaston Hospice, presented the 94-year-old Gastonia resident with mementos recognizing his service, including a certificate, lapel pin, and a prayer quilt made by Beau and Julie Steele from Bessemer City. 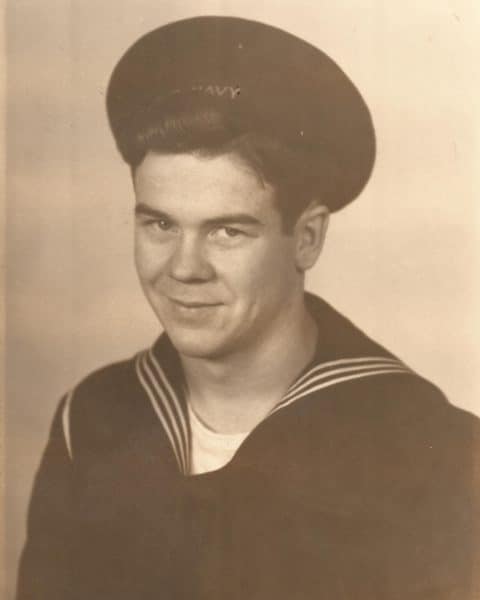 The certificate reads: “We pay special tribute to you for your military service to America and for advancing the universal hope of freedom and liberty for all.”

Born on a wheat farm 10 miles west of Thomas, Oklahoma, Keller would have joined the navy soon after President Franklin Roosevelt declared war on the Japanese, but he needed to wait until he turned 17.

After his enlistment became official — one day before his 18th birthday in 1943 — the teenager went on to complete Navy basic training at Naval Training Station Great Lakes in Illinois; and technical training in Gulfport, Mississippi, Little Creek, Virginia, and Ruston, Louisiana. The Navy then shipped him to Charleston, South Carolina, and promoted him to Quartermaster Third Class, with the responsibility of providing navigation and plotting the course for his assigned ship.

“It wasn’t anything special. I just did what the other guys were doing,” he said. Soon after his arrival in Charleston, his ship, LSM (Landing Ship Medium) 395, set sail for the war in the Pacific. Just days after Japan surrendered in September 1945, Keller and his crew sailed into Tokyo harbor.

For his participation in the war in the Pacific, Quartermaster Third Class Keller earned the Asiatic-Pacific Campaign Medal, the American Campaign Medal, and the World War II Victory Medal. 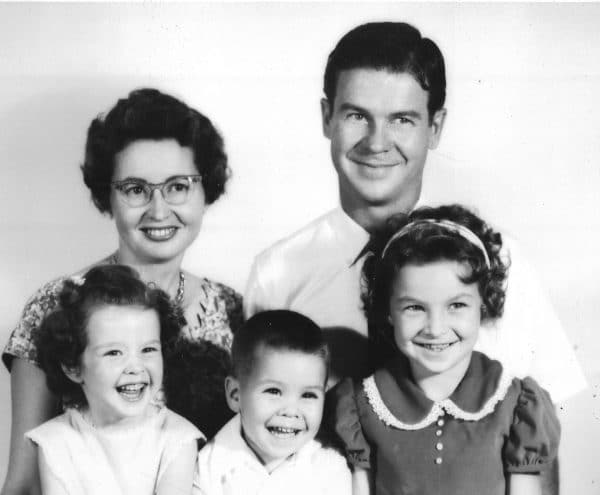 B.J. and Doris Keller and children, from left, Melodie, David and Cynthia in 1958. [PHOTO PROVIDED BY MELODIE STARR/TNS)

Shortly after his discharge from the Navy in 1946, Keller entered Oklahoma Baptist University and completed a degree in English in 1950. Later that year he married his sweetheart, Doris. He then completed his master’s degree in Bible at Southwestern Baptist Theological Seminary in Ft. Worth, Texas.

With his degree in hand, and his wife and three young children in tow, the young preacher headed to Southern California, where he would plant and pastor churches for the next 30 years.

In 1991, the Kellers retired to Gastonia, to be near their oldest daughter, Cynthia. Their other daughter, Melodie, and her husband, Chuck, joined them in 2004. Their son, David, still lives in Southern California.

When asked to recall his fondest memory of his wartime service, Keller quietly responded with a simple, honest answer: “When I finally got out of the Navy.” Well done, Sir!