The U.S. military has provided its assessment of airstrikes conducted on Iranian-backed Iraqi militias launched on Thursday night, along with a video showing some of the damage inflicted.

The U.S.-led coalition strikes targeted five weapons storage facilities used by the pro-Iranian Kata’ib Hezbollah militia. One video released Friday appears to show the rubble left in the aftermath of a strike on a compound in the Iraqi town of Al-Musayyib.

Marine Corps Gen. Kenneth F. McKenzie Jr., commander of U.S. Central Command (CENTCOM) said the five airstrikes were carried out in response to a deadly rocket attack on Camp Taji, Iraq that killed one U.S. Army soldier, one U.S. Air Force airman and a British service member on Wednesday and wounded at least 14 others.

“Upfront we have information that confirms that Kata’ib Hezbollah conducted the rocket attacks on Camp Taji, on March 11th,” McKenzie said during a Pentagon press briefing Friday morning.

McKenzie further assessed that Kata’ib Hezbollah has been involved in 12 rocket attacks on coalition forces in the past six months.

“We assessed that each location stored weapons that would enable lethal operations against U.S. and coalition forces in Iraq,” McKenzie said. “We also assessed that the destruction of these sites will degrade Kata’ib Hezbollah’s ability to conduct future strikes.”

CENTCOM released images of the five targeted sites before and after the coalition strikes. 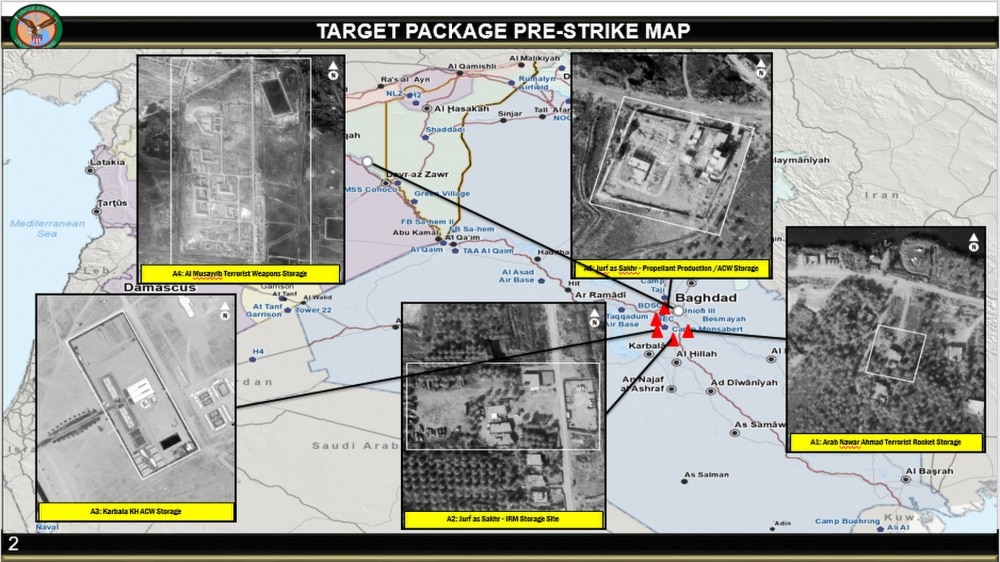 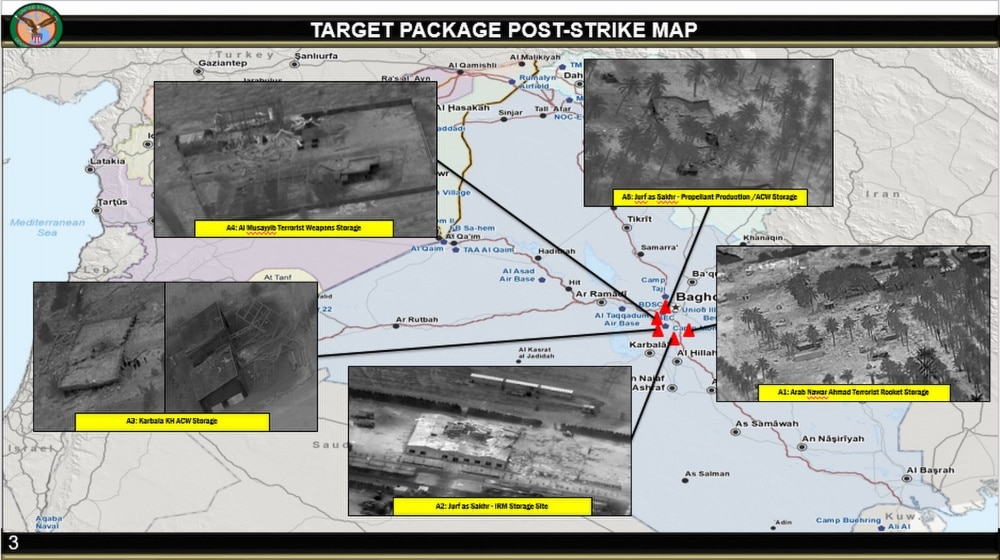 McKenzie said the U.S. military was “very comfortable with the level of damage that we were able to achieve.”

The strikes were all carried out by manned fighter aircraft, though McKenzie would not disclose where the aircraft were based and what weapons they used. However, he did say the strikes used precision weapons calibrated to maximize their lethality on their targets while minimizing collateral damage.

McKenzie made his remarks even as Iraqi officials condemned the attacks, which resulted in the deaths of three soldiers and two policemen along with a civilian worker at a nearby under-construction Karbala airport, according to the Washington Post.

“The fact of the matter is that was a clear target. It may have been on the airfield. I can’t tell you what else was in there, but I know it was being used for purposes to target us,” McKenzie said. “So that’s the reason we struck it.”

McKenzie also said while the U.S. military was aware of the weapons storage sites prior to the recent rocket attack, their policy has been to defer to Iraq’s forces to search out and handle those weapons sites. He said the U.S. strikes became necessary after the Wednesday rocket attack.

“We don’t look for opportunities to attack, to cause casualties, but if we’re struck, we’re going to strike back,” he said.

The Masters postpones 2020 golf tournament due to coronavirus