The 2019 DOD Arctic Strategy is anchored in the priorities of the National Defense Strategy and frames the Arctic in a whole of government approach, as well as working with allies and partners, Anderson said.

”The department’s end-state for the Arctic is a secure and stable region where U.S. interests are safeguarded, the U.S. homeland is defended and nations work cooperatively to address shared challenges,” he said.

”The immediate prospect for conflict in the Arctic remains low,” he added.

But the department is monitoring that area should a threat emerge, he said. 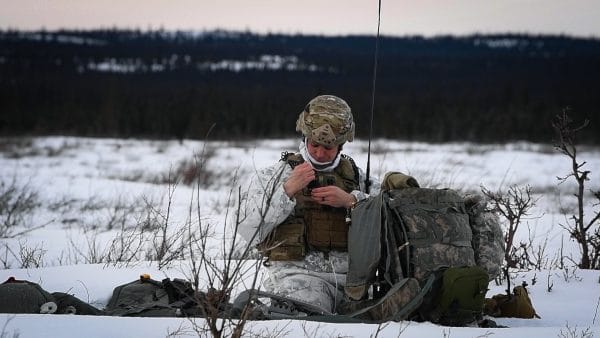 Paratroopers from the Chaos Troop, 1st Squadron (Airborne), 40th Cavalry Regiment, participate in U.S. Northern Command’s Exercise Arctic Edge 20 at the Donnelly drop zone at Ft. Greely, AK, Feb. 29, 2020. The U.S. military has the ability to rapidly deploy and operate in the Arctic and the U.S. Northern Command, supported by the Services, is fundamentally committed to the ability of the joint force to defend Arctic approaches and vital interests in the region. (U.S. Air Force photo by Staff Sgt. Diana Cossaboom)

China, which claims to be a ”near-Arctic nation,” is not, he added.

Both China and Russia are increasingly active in the region. Russia is making military investments in the Arctic, while China seeks a role in Arctic governance, despite not having territorial claims in the region, Anderson said.

The risk is that China may increase the predatory behavior in the Arctic that it has exhibited in other regions, he said.

O’Shaughnessy said the Arctic is a particularly important region when it comes to defending the U.S. homeland. 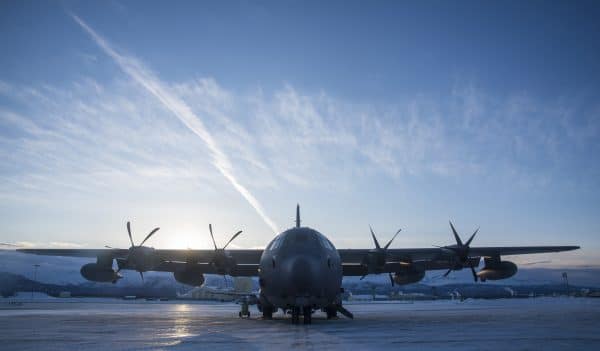 To deter, protect and defeat threats against the homeland, the department’s approach is to use a layered defense infused with the latest technology, he told lawmakers.

The layered defense includes situational awareness using sensors which can detect threats from the point of origin, be they on land, on sea, below the sea and in space, he said, ”long before they approach our sovereign territory.”

The other aspect to defense is to develop advanced offensive and defensive weapons, he said.

O’Shaughnessy also emphasized the importance of working with allies and partners, particularly those with Arctic nations.