Remains of Kansas sailor killed at Pearl Harbor in 1941 identified

A South Haven man is expected to be buried near home in April, 78 years after he died.

U.S. Navy Fireman First Class Rex E. Wise was 21 when the Japanese bombed Pearl Harbor on Dec. 7, 1941. Wise was assigned to the USS Oklahoma when torpedoes hit the ship, killing 429 people aboard, according to the Defense POW/MIA Accounting Agency. The early morning attack killed more than 2,000 Americans and thrust the U.S. into WWII. For decades, hundreds killed aboard the USS Oklahoma went unidentified despite the remains of many being found. 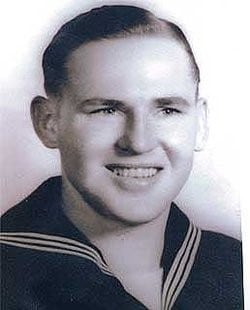 Dental and DNA evidence from Wise’s late sister helped identify the remains of the fallen sailor, according to Wise’s niece, Helen Weller. Wise’s sister, Eunice Wittum, died in 2017 at age 99 and was the last of 10 siblings, according to her obituary.

Weller, 86, of Manhattan, is still trying to make final arrangements for the April burial.

“I think it’s great,” Weller said about her uncle being found. “I wish his brothers and sister could have been alive to see him properly buried.”

The Defense POW/MIA Accounting Agency announced Tuesday that Wise was accounted for in fall 2019.

In 1947, a group called the American Graves Registration Service was tasked with identifying the remains of servicemen and women buried in two cemeteries in Hawaii, the Accounting Agency said in a news release.

“The laboratory staff was only able to confirm the identifications of 35 men from the USS Oklahoma at that time,” the release says. “The AGRS subsequently buried the unidentified remains in 46 plots at the National Memorial Cemetery of the Pacific, known as the Punchbowl, in Honolulu. In October 1949, a military board classified those who could not be identified as non-recoverable, including Wise.”

Wise was the most recent.

There are still 152 people needing to be identified from the USS Oklahoma, the Accounting Agency said in a Dec. 6 news release.

Weller said she plans to bury her uncle in April. Weller said Wise will be buried in Braman, Oklahoma, where he grew up, and in the same cemetery as his parents, Henry and Belle Wise.