In 1944, some 12,000 10th Mountain Division soldiers set out with 90 pounds of gear to train in what ended up being 30 below zero temperatures and eight foot of snow before they headed off to fight in the Second World War.

On a sunny but chilly winter day Wednesday, about 1,300 10th Mountain Division soldiers got a taste of that vigorous training during an annual competition that commemorates what the Second World War soldiers did to get ready for battle 76 years ago.

The Soldiers of the Warrior Brigade killed it today during 10th Mountain Division’s D-Series Challenge. The challenge tests their skills and fitness with dismounted movement and a stress shoot. Check out more in our album.https://t.co/X5eSqUFXAB#ClimbToGlory #FindAWayOrMakeOne pic.twitter.com/i2wGWwVmv8

The “D Series Winter Challenge” is held every year during the depths of winter. The winter training includes marksmanship, physical fitness challenges, mental toughness, winter survival skills and a 5- to 6-mile march through the woods on Fort Drum.

The competition was tough with 116 teams — consisting of 10 soldiers and three commanding officers — starting at 5 a.m. and the last squads going through the grueling training at about 3 p.m.

While carrying 40 to 50 pounds of gear on their backs, many of the units took two to three hours to complete the D Series challenge on Wednesday. 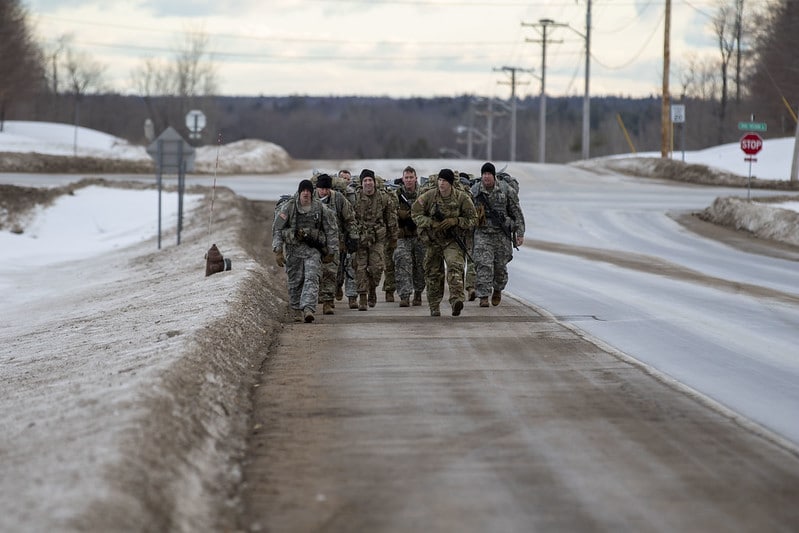 Sgt. Nathan Selby, 26, from Portland, Ore., and his squad were relaxing in the entrance way of the Weapon Training Center after finishing up. It took them one hour, four minutes, he said.

“I think our squad did very, very well,” he said.

While its purpose was to get soldiers prepared for war, Wednesday’s pleasant temperatures that hovered around 30 degrees didn’t quite live up to what the World War II soldiers had to endure during their three weeks of training in mountainous terrain of Colorado, at altitudes of more than 13,000 feet.

With such little snow on the ground, the cross-country skiing and snowshoeing were called off.

But the soldiers trekked through roads on post, a park and some woods before they were done. Marksmanship also played a major role in Wednesday’s challenge.

“Its purpose is to make sure how ready they are,” Maj. John Sowder said. 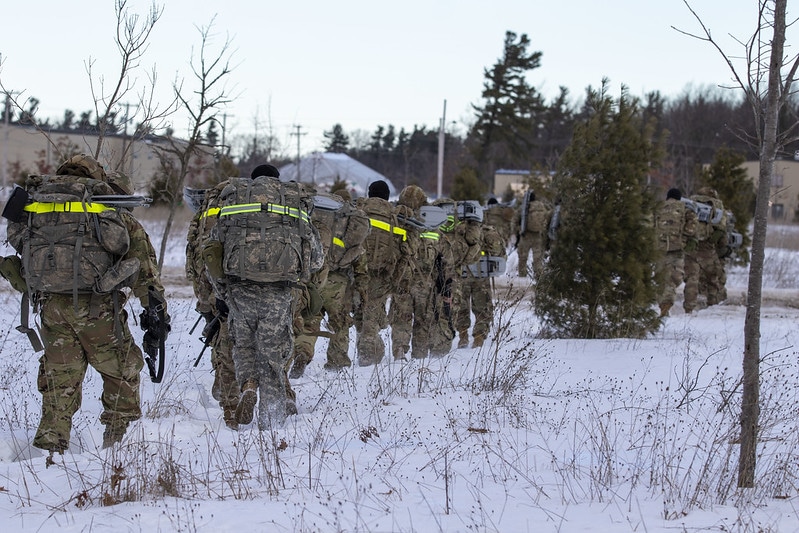 After they were done, the teams were publicly ranked from first to 116th. Individual and team awards were presented after the competition. 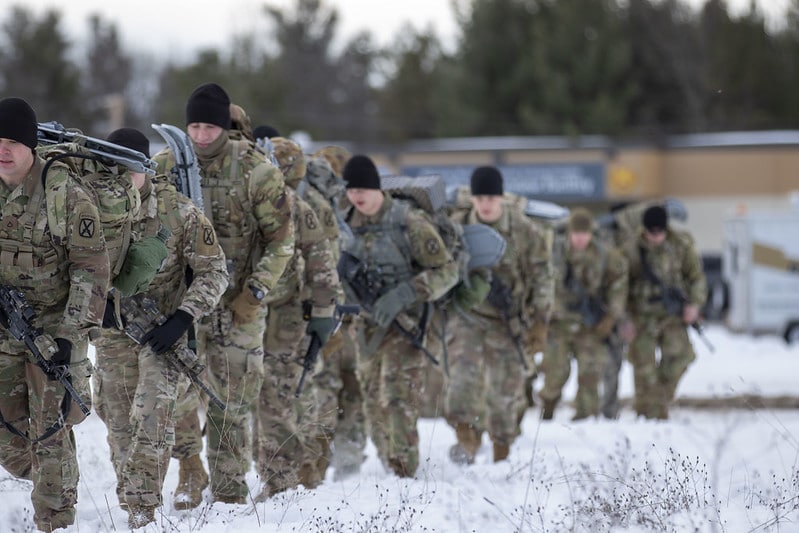 The team coming in first is given a trophy to proudly display until next year’s Series D challenge is held again.

The soldiers began the competition with a simulated marksmanship training and ended with live ammo “stress shoot” training in the Weapon Training Center.

Wearing protective eye wear and headphones, group after group entered a long room to shoot 15 rounds on their semi-automatic M-4 carbine rifles at a target 25 meters away. 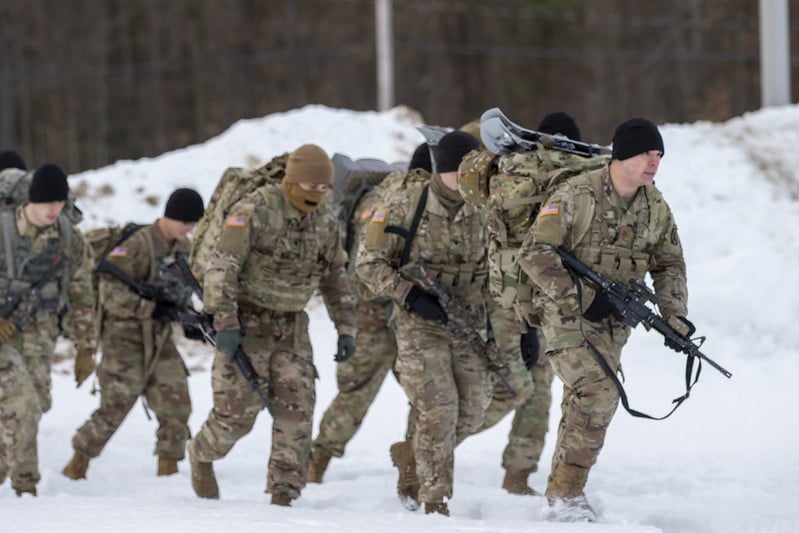 To get their heart rate up and warm up from being outside, each soldier first completed 10 horizontal burpees — an aerobic exercise consisting of a pushup and jumping up — before getting into the prone position to try to get a perfect score of 105 by shooting at 10 silhouette figures in varying shapes on the targets.

The rapid deafening loud bangs echoed off the cement block walls and left a reverberation, or small concussion, on everyone’s chest who was inside the target practice room. 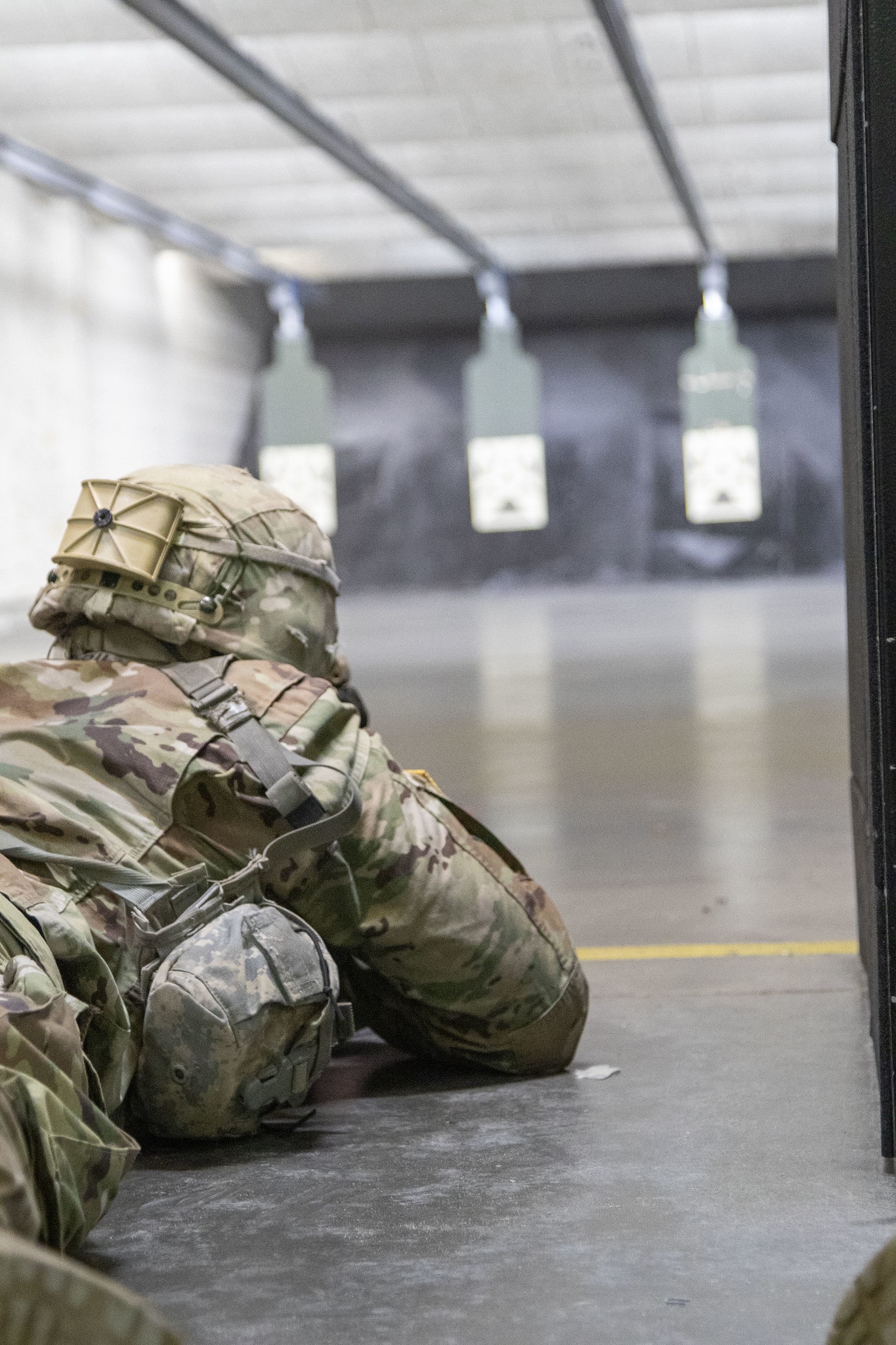 “I’ve been doing this for 17 years and I still love that feeling,” he said.

Late in the afternoon, a soldier hit the target 14 times, missing just once. The unidentified soldier got a fist pump from Sgt. Jenkins.

“You missed just once, just once,” in congratulating the soldier. “Not bad.”

It was a good day for the soldiers, the sergeant said.

“Better than counting ammunition,” he told a soldier who works at the weapon training center.

A faint gaseous odor from the military M-4 rifles could be detected in the room after so many soldiers made their way through the live ammo event.

Maj. Sowder said he was proud of the nearly 1,300 soldiers who competed in the tactical and technical skills that reinforced their winter toughness.

He then mentioned the training that the heroes who endured so much to get ready to fight in the Second World War.