Photos: WWII veteran, 99, to be in spotlight at FL parade

Jack Hallett, 99, downplays his days as an Army Air Corps fighter pilot during World War II, never mind that he was shot down twice by enemy fire.

“I’m not a hero,” the Leesburg resident said, repeating a sentiment he has expressed to reporters and groups he has spoken to over the years. “I was just a regular fighter pilot. I did what I was asked to do.”

June Perry with the Ocklawaha Chapter of the Daughters of the American Revolution appreciates his attitude: “He is the nicest man and you know what, so humble.” 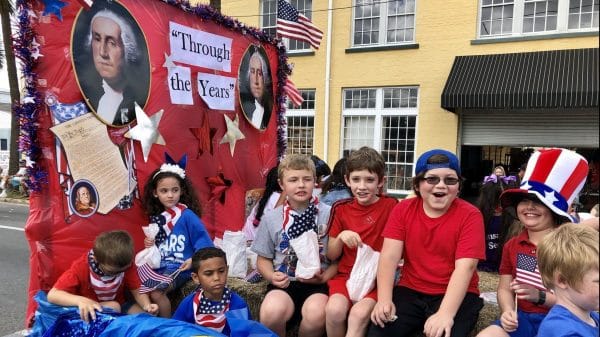 Students from Seminole Springs Elementary School in Eustis ride on a float dedicated to the Father of Our Country on Saturday, Feb. 24, 2018, at the 116th Eustis Georgefest.
(Jerry Fallstrom/Orlando Sentinel/TNS)

But the group of about 100 has a loftier view of his service and invited him to ride on the DAR float in the upcoming 118th annual Eustis Georgefest parade. Georgefest — the second-longest-running celebration of George Washington’s birthday, behind Laredo, Texas — runs Friday through Sunday, Feb. 21-23.

The theme this year is “A National Treasure,” which Perry, media and public relations chair for the DAR group, said fits Hallett to a T.

“Jack Hallett is going to be our national treasure on our float,” she said. The parade will take place down Bay Street starting at 10 a.m. Feb. 22, preceded by the one-mile Dog Jog at 9:45 a.m. 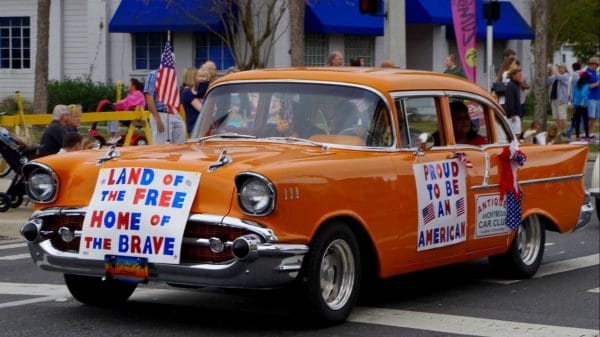 Vintage cars such as this one were on display during the GeorgeFest parade on Saturday, Feb. 25, 2017, in downtown Eustis.
(Jerry Fallstrom/Orlando Sentinel/TNS)

The popular event honoring the Father of Our Country will feature a carnival, food, vendors and live music including Blood. Sweat & Tears, which had a string of hits in the late 1960s and early 70s including “Spinning Wheel,” “And When I Die” and “You’ve Made Me so Very Happy.” 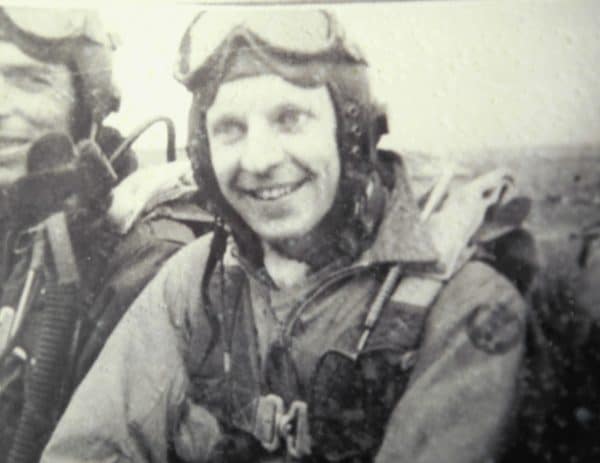 Other highlights will include:

Fireworks, which will illuminate the sky at dark Feb. 21.

The Running of the Georges 5K run/walk at 8 a.m. Feb. 22 starting in Ferran Park. Proceeds benefit the Eustis Recreation Scholarship Fund to help provide financial assistance to kids in after-school or summer programs.

The inaugural Georgefest Bass Tournament starting at 6 a.m. Feb. 23 on Lake Eustis in honor of Army Pfc. Derek Gibson, who was killed at 20 in Baghdad, Iraq, when an improvised explosive device struck the vehicle he was in while serving in Operation Iraqi Freedom.

As for Hallett, he said he’s looking forward to the parade even though he’s not sure he deserves the attention for his time in the cockpit while serving in England, France and Germany from 1944-46.

Regarding his health, “I feel great, I feel wonderful,” he said.

What’s the magic elixir for a long life?

“I haven’t the foggiest,” he said, adding that he quit smoking in 1987 and has a drink occasionally “I’ve been lucky.”

Despite Hallett’s protestations, Perry said he’s worthy of the limelight — and not simply because of the perilous situations he found himself in during wartime.

“The very fact that when the time came he answered the call, he did his duty, that’s got to be a hero,” Perry said.