Gov. Cuomo announced Friday that the state will sue the Trump administration following the Department of Homeland Security’s decision to ban New Yorkers from the Trusted Traveler Program.

The lawsuit, which will be brought by New York Attorney General Letitia James, will argue that DHS violated New York’s sovereign immunity, failed to provide residents with equal protection and is acting in an “arbitrary and capricious manner” that denies the rights and privileges of all New Yorkers.

Federal authorities said this week that the decision to bar New Yorkers from enrolling in programs that expedite border crossings was made in response to the state’s “Green Light Law” that allows undocumented immigrants to obtain driver’s licenses and prevents DHS from accessing Department of Motor Vehicle data. 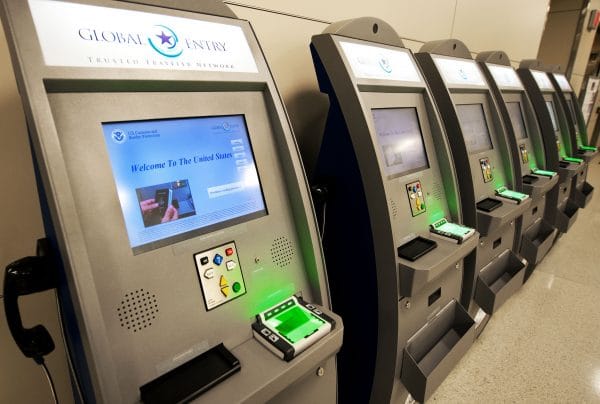 Cuomo called the move “extortion” and likened it to President Trump withholding military aid to Ukraine.

“Time and time again President Trump and his Washington enablers have gone out of their way to hurt New York and other blue states whenever they can as punishment for refusing to fall in line with their dangerous and divisive agenda,” Cuomo said. “The Department of Homeland Security’s decision to ban New Yorkers from the Trusted Traveler Program is yet another example of this administration’s disrespect of the rule of law, hyper-partisan politics and use of extortion.

“There is no rational basis for this politically motivated ban, and we are taking legal action to stop the federal government from inconveniencing New Yorkers to score political points,” he added.

DHS said that roughly 150,000 and 200,000 New Yorkers will be unable to renew their trusted traveler applications this year. Another 50,000 to 80,000 people who were in the process of signing up for either NEXUS, Global Entry, SENTRI or FAST will not be accepted.

The four programs allow for swifter reentry when driving or flying into the U.S. from abroad.

The change doesn’t apply to TSA PreCheck, used for air travel from U.S. airports, nor does it impact travelers using enhanced IDs.

James characterized the ban as “political retribution, plain and simple.”

“This new policy will negatively impact travelers, workers, commerce, and our economy, so we will fight the president’s shortsighted crusade against his former home,” she said. “We will not allow New Yorkers to be targeted or bullied by an authoritarian thug,” she said.