About 30 students from Fletcher High School’s Interact Club participated in National Make a Friend Day at K9s for Warriors’ headquarters in Ponte Vedra.

Since 2014 the Interact Club has organized fundraisers for the nonprofit and has helped sponsor 15 dogs. K9s for Warriors officials said they wanted to thank “these charitable students and future community leaders” by having their K9 trainers “allow them to ‘make friends’ with some service dogs-in-training.” 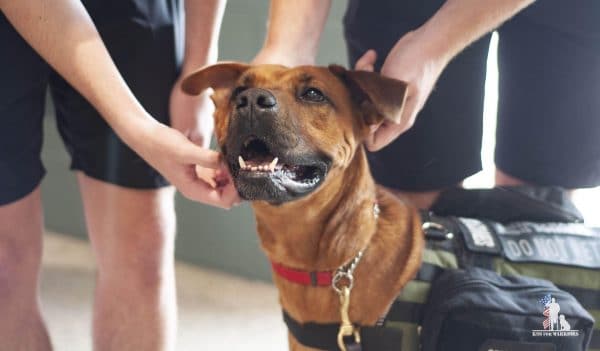 The service dogs are trained to assist military veterans who are suffering from PTSD. The dogs are taught to focus completely on their trainer or handler and it is important that the dogs not be distracted while they are working. There is, however, a “Make a Friend” command that lets the dog know when it is OK to greet someone.

The students got to make friends with six service dogs-in-training and their trainers. In addition, they learned how important the “make a friend” cue is to the veteran with a service dog. 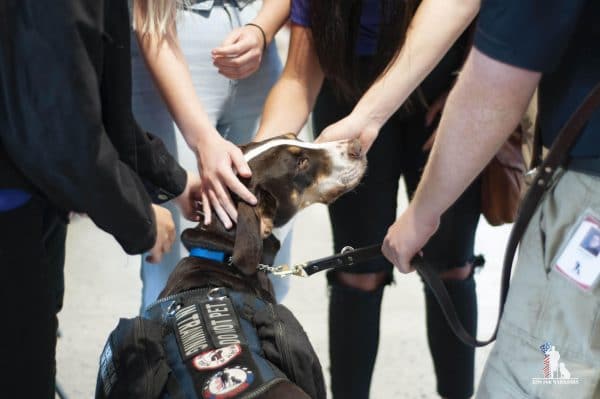 While it’s very important not to try to interact with a service dog while he is working, K9s for Warriors says it is acceptable to request the veteran’s permission to approach the dog by asking, “May I make a friend?” It is then up to the handler to agree or decline based on his or her needs at the moment.