A Mar-a-Lago intruder deserves a 6-month jail punishment for resisting Palm Beach cops who arrested her two months ago, a judge said Friday.

Lu Jing, a 56-year-old Chinese national in South Florida on an expired visa, was sentenced after a jury Wednesday found her guilty of the first-degree misdemeanor.

Palm Beach County Judge Mark Eissey imposed the sentence, denying her lawyers’ request for the time she’s served in jail since her Dec. 18 arrest. Prosecutors requested the maximum penalty of a year in jail, as a deterrent for the public to avoid similar offenses. 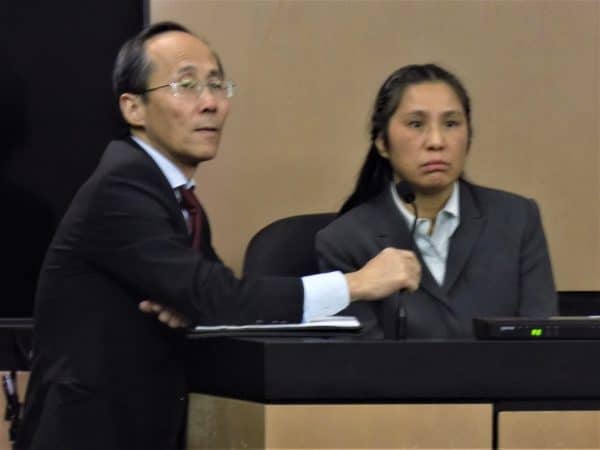 Lu Jing, right, testifies on Tuesday Feb. 11, 2020, with the assistance of Hailin Huang, a Mandarin to English interpreter, during the 56-year-old Jing’s trial on charges of trespassing at Mar-a-Lago on Dec. 18.
(Marc Freeman / South Florida Sun Sentinel/TNS)

But Jing — she also goes by Jing Lu — claimed she was a tourist, taking photos while sightseeing at President Donald Trump’s part-time home. She said she had previously visited other landmarks in the United States, from Times Square in New York City to Washington, D.C., monuments to Las Vegas.

“I’m a law-abiding citizen,” she told the judge at her sentencing hearing, speaking through a Mandarin interpreter. “I’m an ordinary Chinese woman. I never thought I would end up in jail.”

During the trial, prosecutors said she was up to no good, blasting the defense argument that it was all an innocent mistake.

A police officer said he spotted Jing about two hours after the Mar-a-Lago breach walking in the 200 block of Worth Avenue. 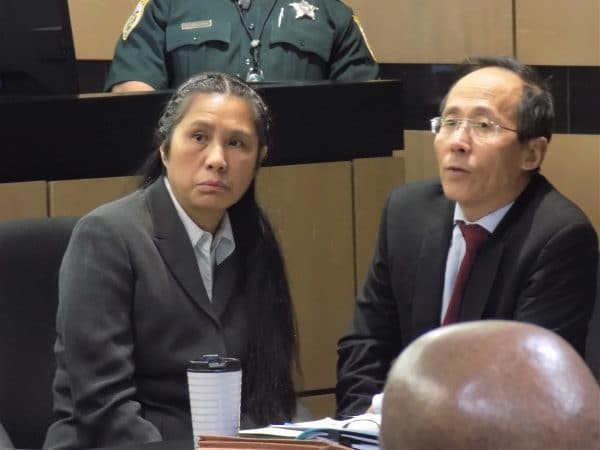 Jing clenched her hands in a fist, crossed her arms across her chest and screamed “no! no! no!” before she was handcuffed, the officer told the jury.

Jing testified that she was scared when two cops apprehended her and didn’t understand why she was being handcuffed.

“It was a normal reaction,” she said, according to her translator. “I didn’t know why they wanted to arrest me.”