During the ceremony, Barrett recognized retired Col. Barry Kamhoot and retired Chief Master Sgt. Wayne Fisk, honoring them for their distinguished service and contributions to the combat rescue mission. 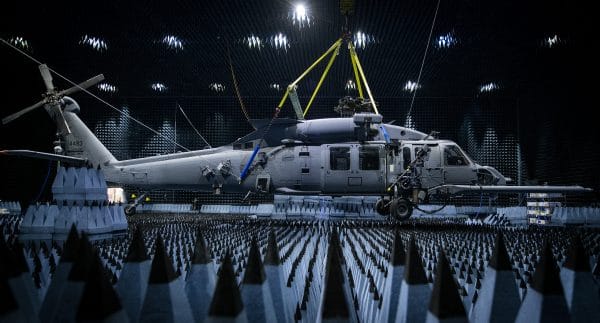 A 413th Flight Test Squadron HH-60W hangs in the anechoic chamber at the Joint Preflight Integration of Munitions and Electronic Systems hangar Jan. 6 at Eglin Air Force Base, Fla. The Whiskey entered the chamber for approximately seven weeks of defensive systems testing. The J-PRIMES anechoic chamber is a room designed to stop internal reflections of electromagnetic waves, as well as insulate from exterior sources of electromagnetic noise. J-PRIMES provides this environment to facilitate testing air-to-air and air-to-surface munitions and electronics systems on full-scale aircraft and land vehicles prior to open air testing. (U.S. Air Force photo/Samuel King Jr.)

Kamhoot was one of the original Jolly Green pilots who flew HH-3E and HH-53 aircraft. As a trailblazer within the rescue community, Kamhoot flew missions into Vietnam, including a harrowing recovery of two Navy crewmen while under fire.

Fisk received the Silver Star for his actions while manning an HH-3E Jolly Green Giant during the 1970 Son Tay Prisoner Of War Camp Raid. He is also credited with being the first to notice the famed “green feet” impressions the HH-3E Jolly Green would leave after landing. The footprints came to symbolize the combat search and rescue mission and are incorporated in the new Jolly Green II logo.

“Reviving the Jolly Green name honors our combat search and rescue crews past and present. Those who operate this aircraft will embody the motto, ‘These Things We Do, That Others May Live,’” said Barrett. “In the hands of our Airmen, this aircraft ensures the rescue community can perform their duties better than ever.”

The HH-60W comes equipped with a wide range of capabilities that will ensure its crews continue carrying out their important rescue missions in contested and diverse environments.

“Performing combat search and rescue and personnel recovery operations for the joint force is what the HH-60W is built to do,” said Air Force Chief of Staff Gen. David Goldfein, adding “The Jolly Green II gives us extended range and better capability.”

Goldfein, who is responsible for determining the service’s weapon systems requirements, understands how important it is to find and rescue downed Airmen. 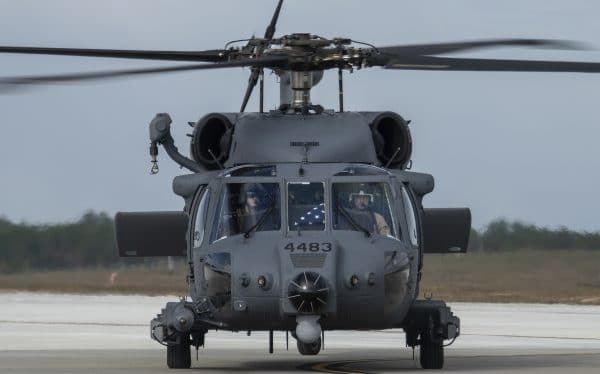 “I was grateful for a ride out of enemy territory when I needed it and I can tell you first-hand that this aircraft will save lives,” he said.

The primary mission of the HH-60W helicopter will be conducting day or night combat search and rescue operations into hostile environments to recover isolated personnel during war. The HH-60W will also be tasked to perform military operations other than war, including civil search and rescue, medical evacuation, disaster response, humanitarian assistance, security cooperation/aviation advisory, NASA space flight support, and rescue command and control. 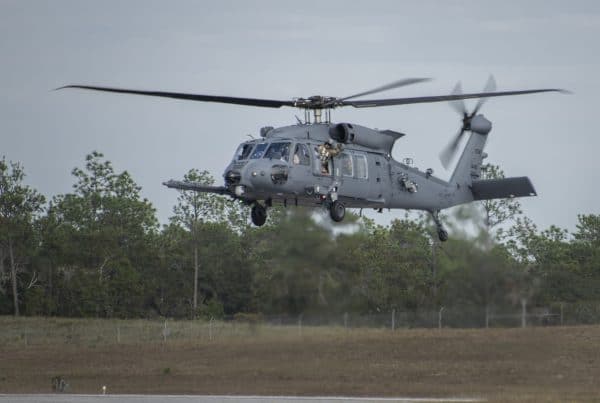 The Air Force plans to purchase up to 108 HH-60W helicopters to replace the HH-60G Pave Hawk.