‘Walking quadriplegic’ Army vet takes on 5k, 10k, half and full marathon in the same week

Candice Caesar used to loathe running, but that was before she survived a car crash that damaged her spinal chord and left her paralyzed. When doctors told her she would never walk again, she decided she would do them one better.

On Dec. 5th, 1999, while Caesar was serving in the U.S. Army in Germany, she lost control of her car and began to skid on black ice. The NCO in the back seat of her car, who was not wearing her seatbelt, would have gone out the windshield of her car if not for her quick actions. She pulled her fellow soldier back, even as her car rolled three or four times before coming to a stop.

When the crash was over, Caesar found herself in a new position, having sustained injuries to her C6 and C7 vertebrae. She suffered a host of other spinal injuries and a traumatic brain injury as well as damaged her vocal chords. She described herself as a “walking quadriplegic.”

Caesar, not to be confined by her disability, worked to run again. This week she has been working to complete the Dopey Challenge at the Disney Marathon. The challenge involves running in the 5k, 10k, half marathon and full marathon, across four days of racing from Jan. 8 – 12.

Caesar’s challenge would be a tiring undertaking for many runners, but the work she put in to even be able to walk again was no small task either.

“When the doctors told me, in the hospital in Germany, that I was never going to walk again, I told them . . . that I was going to walk a marathon,” Caesar said. “And when my son got his driver’s license and he had been driving a year, I looked at my bucket list and said ‘it’s time for me to walk this marathon’ and I began training.”

It was through her own determination that she worked alone to be able to run the 2016 Boston Marathon. 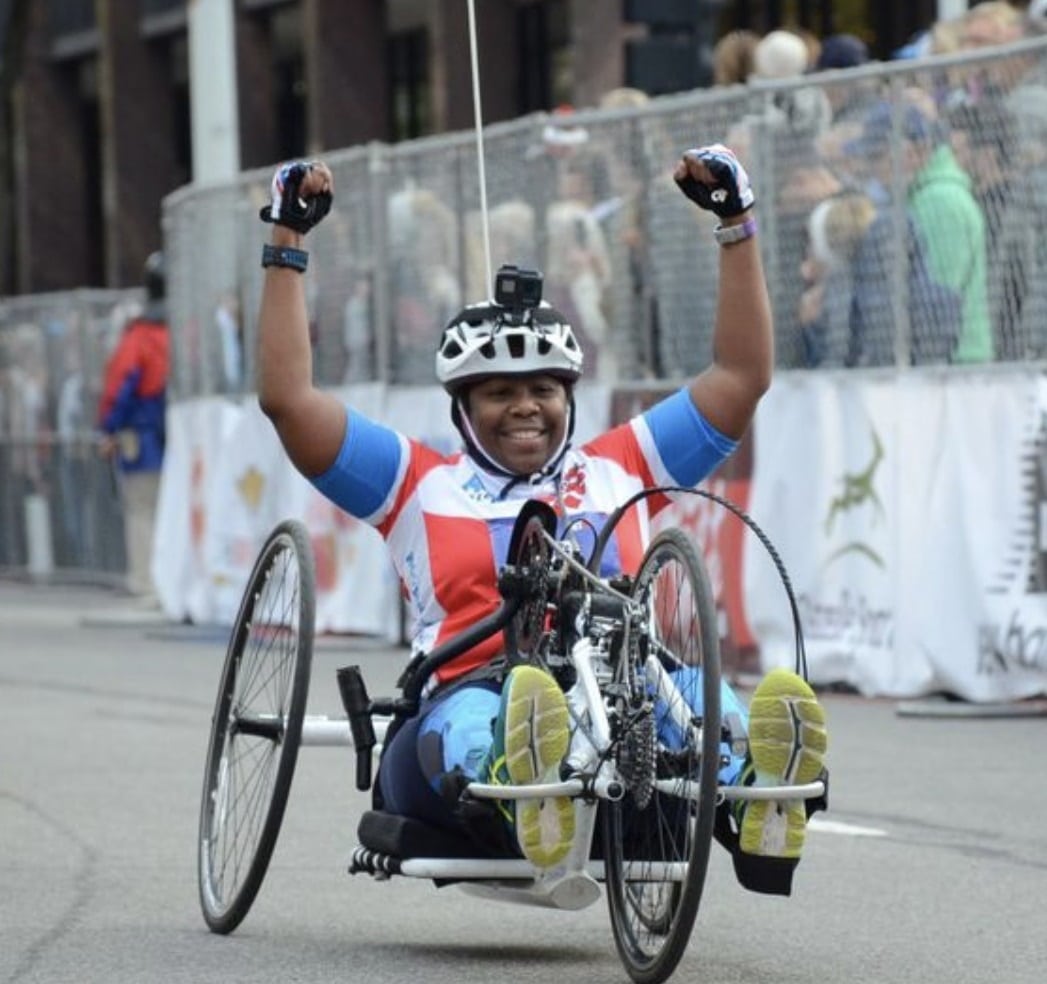 After the marathon, Caesar did an interview with the Runner’s World podcast. The Achilles Athletics team was listening and within days they reached out. The organization, in partnership with Cigna, is dedicated to providing support to disabled athletes by pairing them with a team of guides that can help them compete in races and other athletic events. Cigna is a global health services company.

“It’s almost like Match.com,” Candice said of her Achilles team guides. “They pair an abled body to a person with a disability and it’s almost like we become one. That is my individual support team.”

Caesar said one of the hardest parts about overcoming such a life altering injury is finding a community that you can connect with.

“You want to be who you used to be, and that is impossible,” she said. “You cannot go back there. You have no one that can identify with you.”

On Friday, after completing the 10k portion of the Dopey Challenge, and with the half marathon and full marathon still ahead, Caesar said she was tired, but ever encouraged by her Achilles guides.

“Today I had a rough day. It was a very rough day on the course,” Caesar said, describing her struggles to avoid overheating. “My guides were the best.”

It is tough to keep up with the running, given her continued pain. Lately her doctors have asked her to slow down.

Caesar had run in 13 marathons before her doctor warned her of the potential for serious problems if she persisted. She said she felt disappointed by the news, but not ready to give up just yet. Instead, she still runs everything up to a half marathon with with the assistance of three different types of braces. Caesar is still eager to compete in marathon distances races, but does so now with the help of hand cycles and pushframe wheelchairs. 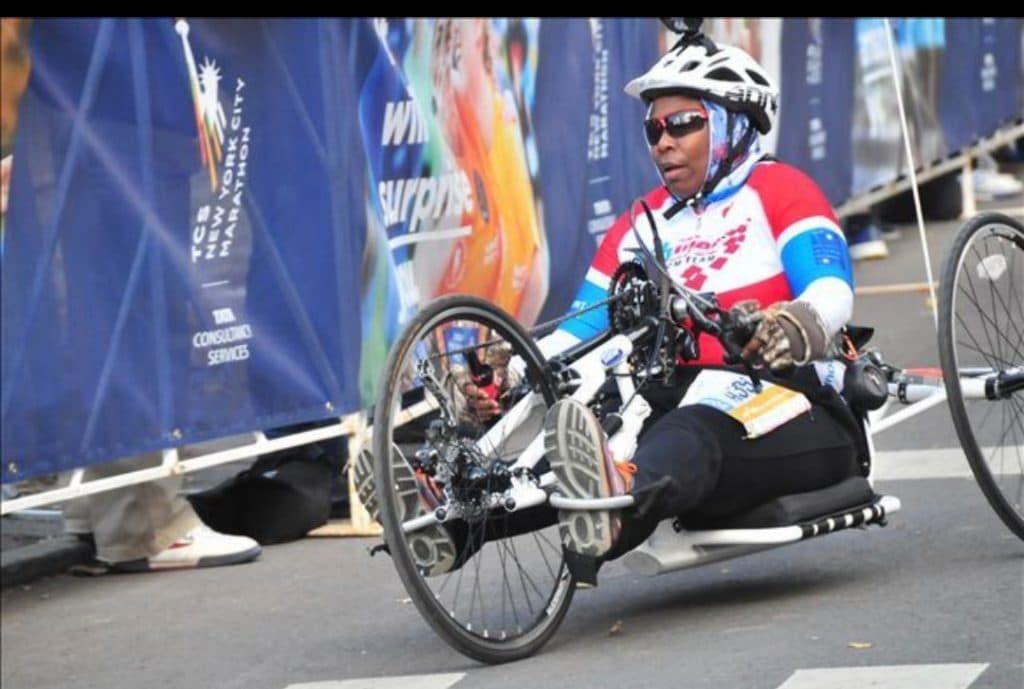 Despite the challenges to her running, Caesar is determined to keep going as long as she still can.

“It doesn’t matter what your disability is, rain or shine, we cross the finish line,” she said.

As for her long term running plans, Caesar is close to another major accomplishment, torun a half marathon in all fifty states. Only four states remain: New Hampshire, Maine, South Dakota and Nebraska.