Veteran who died after house fire remembered as witty, kind

The 83-year-old man who died following a fire at a Montrose Township home is being remembered by family as kind.

Firefighters were called out around 6:50 p.m. Jan. 24, to a blaze at the Riverside Mobile Home Park located at the corner of Virginia and Joan drives.

A man inside the home died in the fire. He has been identified by family as Ellis Paul Kuykendall, 83.

Lisette McKiernan, Kuykendall’s granddaughter, said he was originally from Tennessee but grew up in Las Vegas. 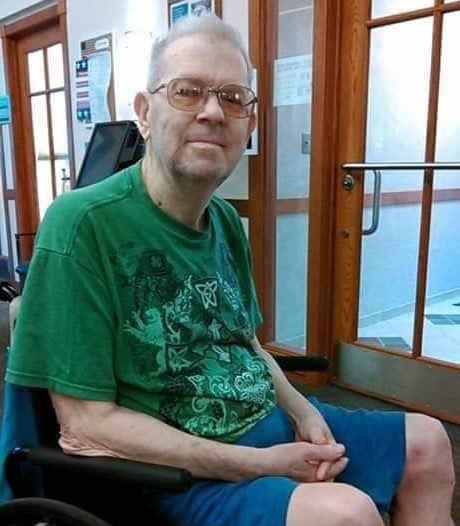 Ellis Paul Kuykendall (pictured here) died after a fire Friday, Jan. 24, 2019 at a mobile home in the Riverside Mobile Home Park in Montrose Township. He was 83 years old. (TNS)

McKiernan took care of Kuykendall for the last decade prior to him moving in with her son Matthew Price several months ago.

They’d lived in the mobile home park for approximately three weeks before the fire.

Kuykendall enjoyed playing word searches and rummy. McKiernan kidded that his nurses had to learn the game in order to get in some games.

He’d been diagnosed with neuropathy in his legs that left him wheelchair-bound, McKiernan said.

No other injuries took place in the fire, but McKiernan said her son and two grandchildren — a 4-year-old boy and a 6-year-old girl — lost their home.

Community members have reached out to Price with donations.

“Thank you to the community for reaching out and all their support,” said McKiernan. “Matthew appreciates everything the community has provided for them.”

A GoFundMe page has been set up to help the family transport Kuykendall back to Las Vegas and help Price get back on his feet.

The cause of the fire remains under investigation.