At least one Virginia sheriff could be seen showing support for pro-gun rights activists who rallied at the Virginia Capitol building in Richmond on Monday.

Grayson County Sheriff Richard Vaughan was seen voicing his opposition to new gun control measures being discussed in the Democrat controlled Virginia state legislature. Vaughan said “If the bills go through as proposed, they will not be enforced. They are unconstitutional.”

“If the bills go through as proposed, they will not be enforced. They are unconstitutional.” pic.twitter.com/Id6hsyWt8j

Vaughan and others could be seen carrying a sign that read “WE SUPPORT THE SECOND AMENDMENT.” 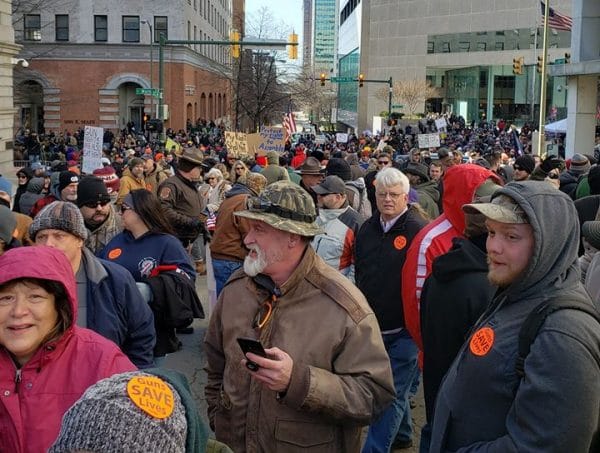 Grayson County is one of the many Virginia counties that has adopted a ‘Second Amendment Sanctuary’ resolution calling to deprioritize the enforcement of new gun control measures adopted at the state level. By Dec. 18, 86 of Virginia’s 95 counties had adopted the sanctuary measures and numerous other towns and cities had adopted their own measures in opposition to new gun laws being proposed.

Those sanctuary measures are not legally binding, but have been floated as a means of signaling opposition to new gun laws and a suggestion that those localities will not prioritize the enforcement of such laws.

Grayson County is located on the southeastern edge of the state and those from the county would have had to travel around 270 miles to join the protests held at the state capital in Richmond. 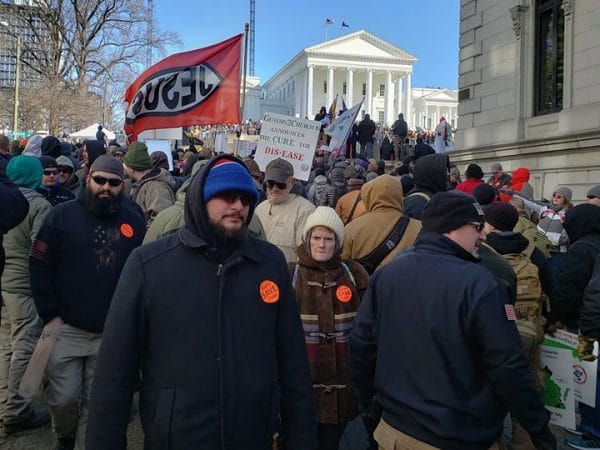 The gun rights rally has garnered thousands of activists in opposition to various gun control measures discussed at the state legislature.

Many in attendance at the rally took up chants of “We will not comply.”

Vaughan is not the only Virginia Sheriff that has voiced opposition to enforcing new gun laws.

At least two county sheriffs have spoken at this gun rights rally in Richmond. One, Scott Jenkins of Culpepper County, says he will deputize “thousands” of gun owners if gun restrictions pass the Dem-controlled legislature in an effort to get around those laws.

Jenkins reportedly spoke at the rally on Monday along with another sheriff.