PHOTOS: US Navy sails warship near disputed islands in South China Sea for first time in 2020

The U.S. Navy said Tuesday that it had sailed a warship near the contested Spratly Islands in the South China Sea — home to fortified islands built by China — on Saturday, in what was believed to be its first freedom of navigation operation (FONOP) of 2020.

A spokesman for the U.S. Navy’s 7th Fleet told The Japan Times that the USS Montgomery, an advanced littoral combat ship, had “asserted navigational rights and freedoms in the Spratly Islands, consistent with international law.” 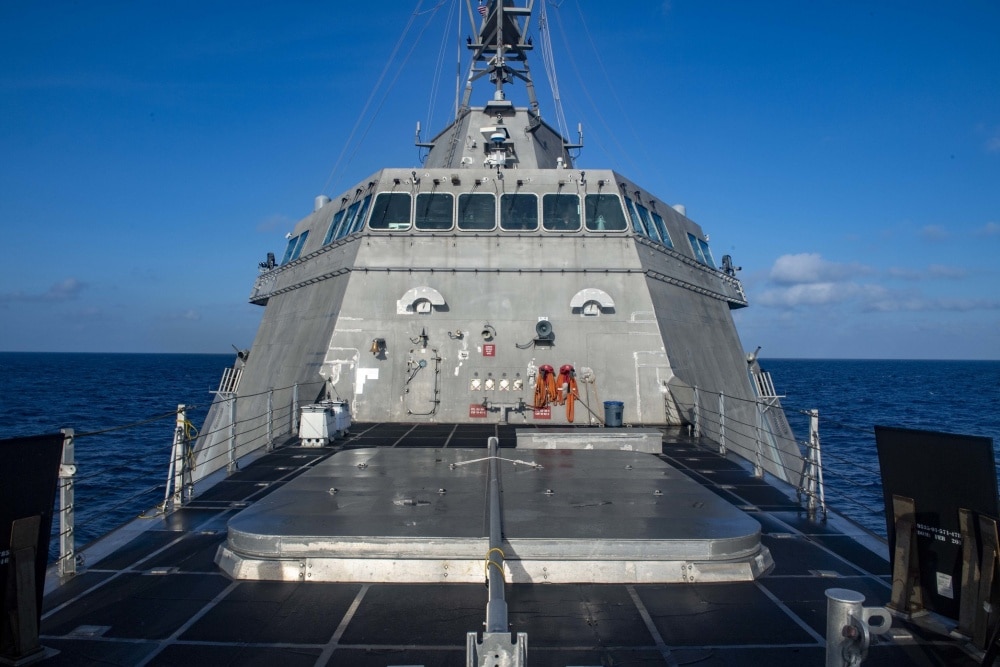 The latest FONOP “upheld the rights, freedoms and lawful uses of the sea,” 7th Fleet spokesman Lt. Joe Keiley said, adding that the Montgomery had “challenged the restrictions on innocent passage imposed by China, Vietnam, and Taiwan.”

The spokesman said that the U.S. “upholds freedom of navigation as a principle” and that the “missions are conducted peacefully and without bias for or against any particular country.” 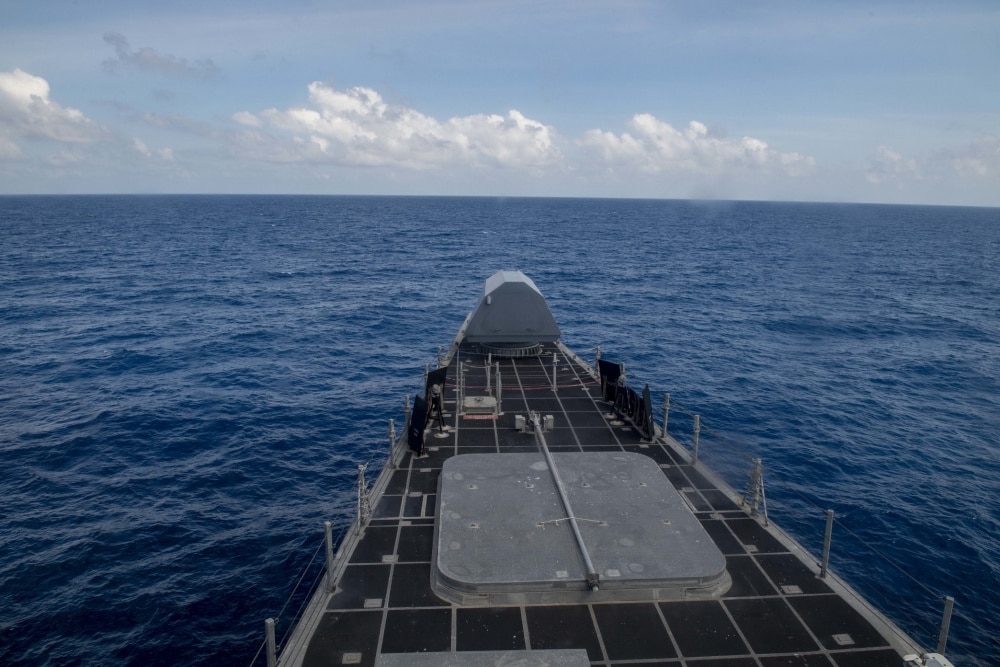 “Freedom of navigation operations in the South China Sea are a part of daily operations of U.S. military forces throughout the region,” he added.

China’s military said later Tuesday that it’s air and naval forces had “expelled a U.S. warship” that sailed near the Islands. 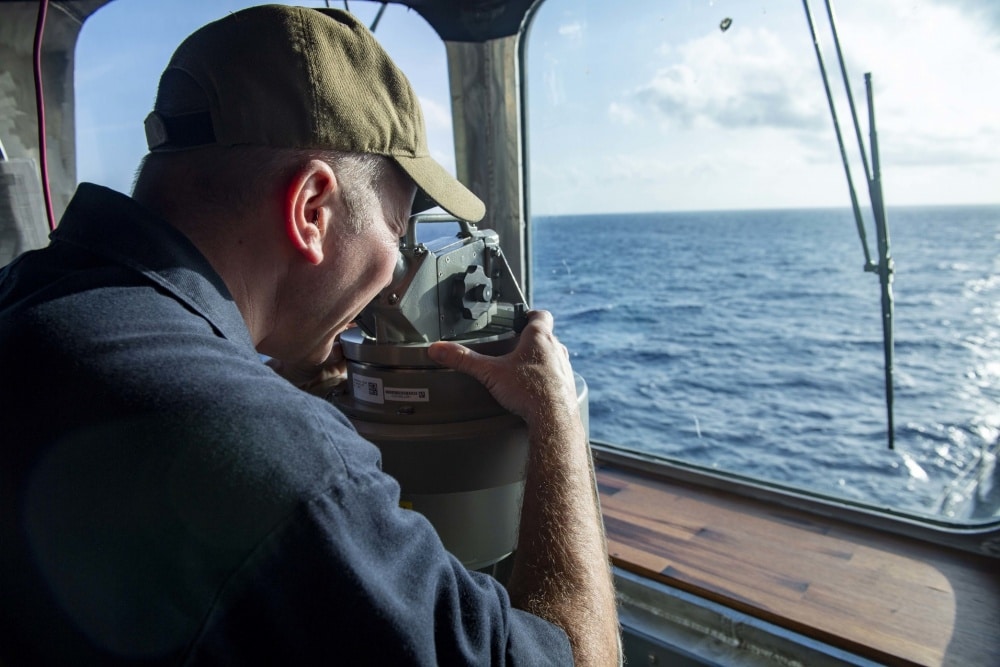 A spokesman for the Chinese military’s Southern Theater Command said the U.S. warship’s “intentional provocation during Spring Festival was done with ulterior motives, and is a flagrant attempt at navigation hegemony,” the state-run Global Times newspaper reported the same day. Beijing claims much of the South China Sea, though the Philippines, Vietnam, Malaysia, Taiwan and Brunei have overlapping claims in the waters where the Chinese, U.S., Japanese and some Southeast Asian navies routinely operate. 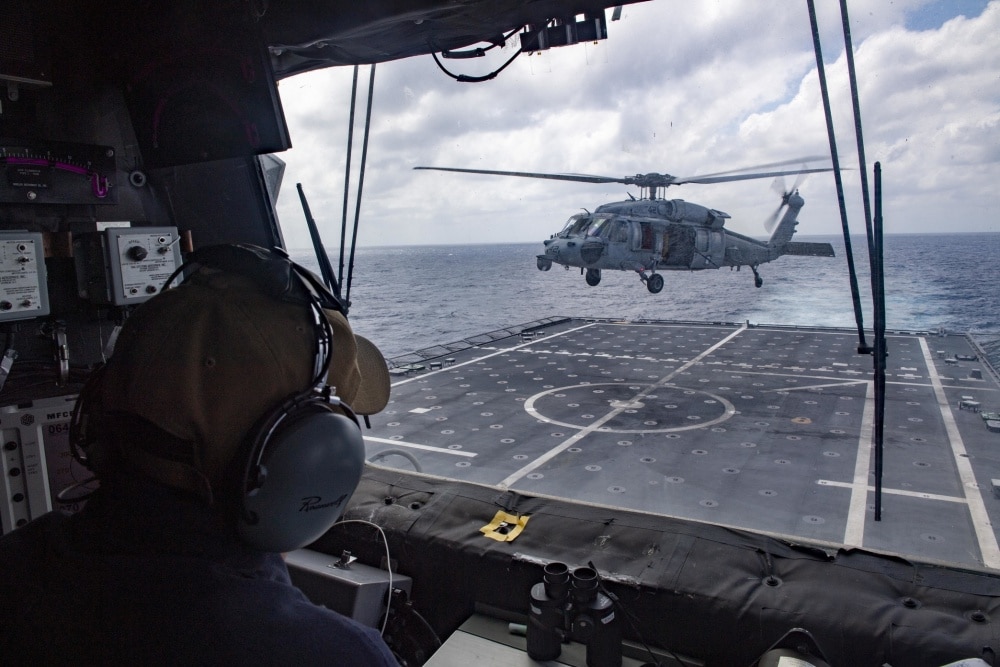 Innocent passage, a key tenet of the U.N. Convention on the Law of the Sea (UNCLOS), requires that vessels move directly through the territorial sea and refrain from any activity not necessary for their continuous and expeditious passage. Providing notice or obtaining permission prior to transiting under innocent passage is not required.

The latest FONOP came amid rising tensions between the two powers in the strategic waterway and as China grappled with the deadly coronavirus outbreak, the death toll of which topped 100 by Tuesday evening.

The U.S. Navy has angered Beijing by regularly conducting FONOPs close to some of the islands China occupies in the waterway, including its man-made islets, asserting that freedom of access is crucial to international waterways.

Washington has lambasted Beijing for its moves in the South China Sea, including the construction of the man-made islands — such as those in the Spratly chain and further north in the Paracels — some of which are home to military-grade airfields and advanced weaponry.

The U.S. fears the outposts could be used to restrict free movement in the waterway, which includes vital sea lanes through which about $3 trillion in global trade passes each year.

Beijing says it has deployed the advanced weaponry to the islets for defensive purposes, but some experts say this is part of a concerted bid to cement de facto control of the waters.

According to some experts, the South China Sea could turn into a cauldron in 2020.

This year “could see a mellowed-down China which is preoccupied with festering domestic problems ranging from economic slowdown as a result of the trade war with the United States to turmoil in Hong Kong,” Collin Koh, a research fellow and maritime security expert at the S. Rajaratnam School of International Studies in Singapore, wrote on the East Asia Forum website. “But Beijing will not completely foreswear the use of coercion.

“This may create concerns about a possible military confrontation between China and the United States,” he added.