A tractor-trailer containing all the belongings of three military families that was stolen in Stockton on Christmas Day has been recovered, authorities said. [CHP - STOCKTON/TNS)
January 05, 2020 Cassie Dickman - The Record
Share
Tweet
Flip

A trailer containing all the belongings of three military families that was stolen in Stockton on Christmas Day has been recovered, authorities said.

The families were in the process of active-duty relocations when the tractor-trailer carrying more than $100,000 worth of their property was taken, according to a Stockton CHP Facebook post.

Investigators found the truck and the 53-foot trailer in Manteca Tuesday, CHP said. 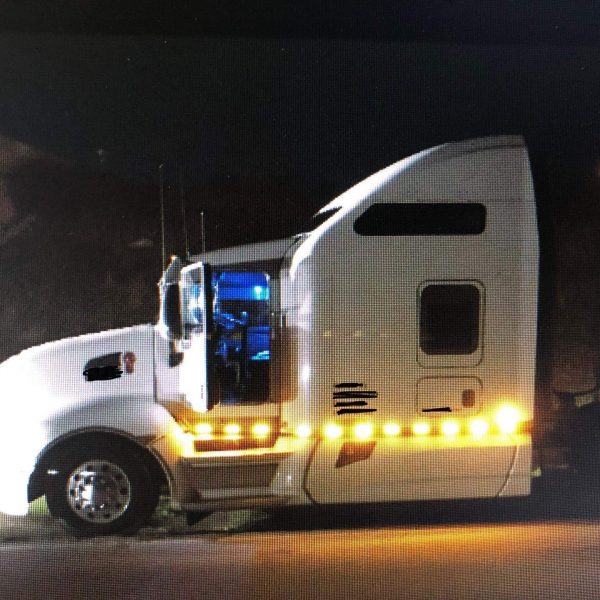 A tractor-trailer containing $100,000 worth of property belonging to three military families that was stolen in Stockton on Christmas Day has been recovered, authorities said. [CHP – STOCKTON/TNS)

Authorities also executed a search warrant later that evening for the home of Michael Travis Forward, 25, in Livingston, where CHP said they were able to recover about 90 percent of the stolen cargo.

Forward was allegedly in possession of a stolen Harley Davidson when he was located and arrested on New Year’s Eve, CHP said.

Forward is currently being held at the San Joaquin County Jail on $665,000 bail, according to jail records. He is due back in court Friday at 1:30 p.m. and faces two dozen charges, including grand theft, grand theft of firearms, felon in possession of a firearm, vehicle theft and receiving known stolen property.

Investigators are still trying to locate 14 stolen firearms, CHP said. Authorities are asking for anyone with any information to call the Delta Regional Auto Theft Team at (209)948-3790.