Since October, John Ring has been on the 2,462 cross country walk from Tybee Island Pier in Georgia to Santa Monica Pier in California.

Ring, who serves as a Specialist in the 48th Infantry Brigade Combat Team of the Georgia Army National Guard, first envisioned his cross country walk as a way to raise awareness about various veterans issues like homelessness, substance abuse, PTSD and suicide.

His idea came to mind after he saw many former fellow service members running into problems with the law, rather than being able to resolve their problems with VA support systems meant to help them.

“I come from a military family and I believe, while you are serving, you should also be helping those who have  served, put your hand out, ask questions, talk and be involved in the process, because one day you’re going to be there,” Ring told American Military News. 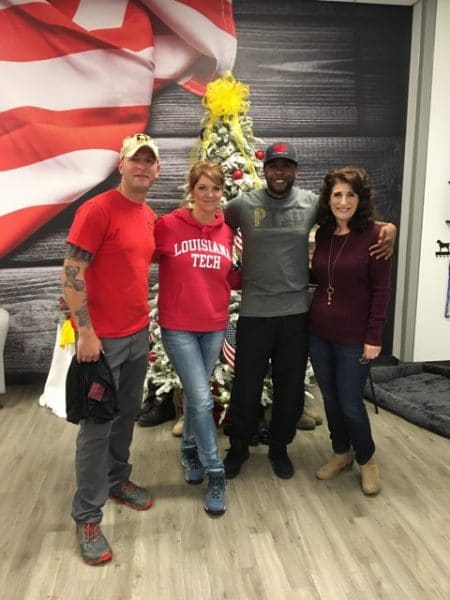 On October 1st, Ring began walking West from his home state of Georgia, aiming to pass through almost every American Legion post on the way between there and the Pacific coast of California. Ring partnered his journey with efforts through Buddy Watch Inc. in hopes that his walk wound help raise funds to purchase land and build tiny homes for homeless veterans.

He had originally planned a 90-day journey, but as he met more veterans along the way, he began to see the enormity of the journey he chose to undertake. Rather than a setback on his time table, he soon recognized his journey as a way to meet those very same veterans who set out to help and to learn their stories. 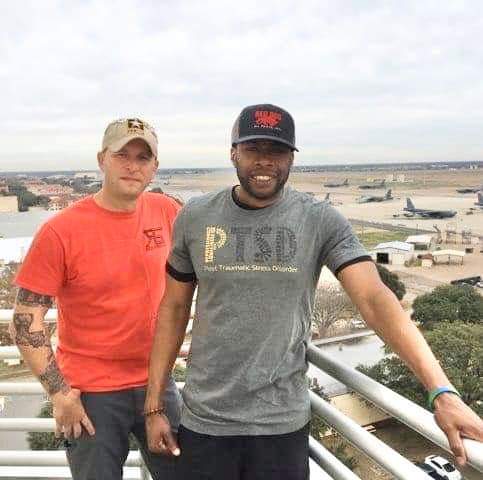 Jimmy Mathews, a 25-year Army veteran who served three combat tours, a peacekeeping mission in Bosnia, and who has struggled with PTSD, asked to join Ring on his long walk. The two first met up as Ring made his way across Mississippi.

Mathews, who initially wanted to join Ring for the Mississippi leg of the journey said Mathews said he immediately felt a sense of brotherhood, after meeting Ring. He’s now determined to continue the walk all the way to the end in California.

“For me, it’s like therapy,” Mathews said. “It kind of slows it down for us and we can be talking to the people, talking to the veterans about what we’re doing and getting their stories about what they’re going through. . . it’s giving us motivation.”

Ring recalled meeting one “very standoffish” Vietnam War veteran who spoke to him about returning home from the war only to be derided by and even spit on by his own countrymen upon his return. Ring recognized him and other Vietnam veterans who suffered, oftentimes not willingly during the wartime draft, and who did not feel recognized for the sacrifices they made along the way.

“For somebody, to be a Vietnam veteran serving, to look at me and say ‘you know, it’s too late for me. I gave up on the system because the system gave up on me, but go out there and do this walk so it never happens again’ . . . it means a lot,” Ring said. “So that’s what I’m going to do.”

Ring shared another humbling moment, having met the parents of Joshua Madden, a U.S. Army soldier killed by a roadside bomb in Iraq on Dec. 6, 2016. Ring said they passed along the photo of their son they had carried of him for 13 years since he died. 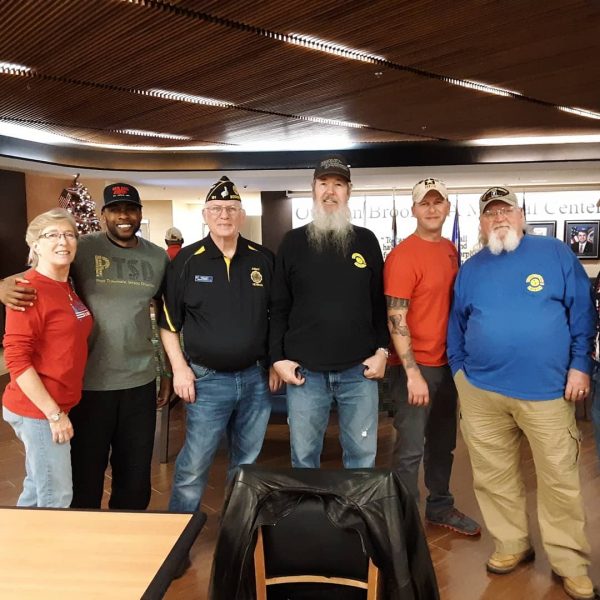 John Ring and Jimmy Mathews pose for pictures with members of the American Legion at the Overton Brooks VA Medical Center in Shreveport, LA. (Photo provided by John Ring)

Of the long journey, Ring himself said the walk hurts, but he’s determined to continue. When Ring and Mathews meet back up in Shreveport, La., Ring will have traveled more than 700 miles.

“John has been very appreciative of what the American Legion has done for him and he’s not our representative but we’ve kind of just fallen in to assist him,” Till said. 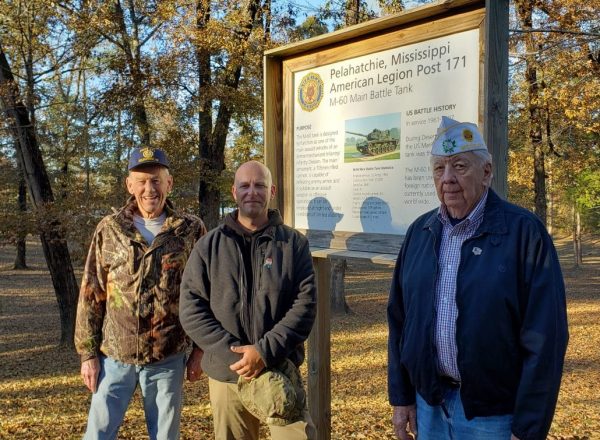 Ring has an estimated finish date of May 8, 2020, a date that coincides with the end of World War II in the European theater.

Beyond this walk, Ring envisions establishing a national walk day every October 29th for Veterans suicide awareness. Ring hopes that as the awareness campaign goes on people will choose to walk a mile for the average number of veterans who take their lives daily, until that number reaches zero.