In 1951, Raymond Palmer and John Midkiff met boarding a train to basic training.

The two enlisted in the U.S. Air Force during the Korean War. They became fast friends on the train and later at Lackland air base in San Antonio, Texas. They were separated soon after and lost touch.

The two Stark County residents reunited Tuesday for the first time in 69 years. 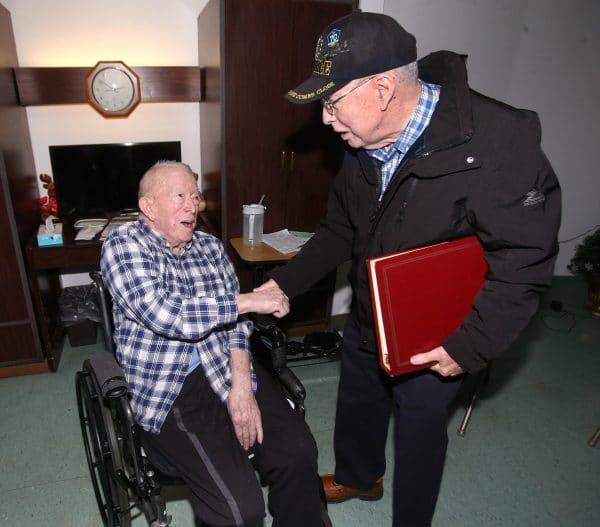 “It’s good to see you after all these years,” Midkiff said, looking over a photo album with Palmer. “Really, it’s remarkable.”

Both men trained as aircraft mechanics while in the Air Force, but their service took them to different parts of the country.

Midkiff, 89, was sent to Illinois and later ended up at Lockbourne Air Force Base in Columbus. 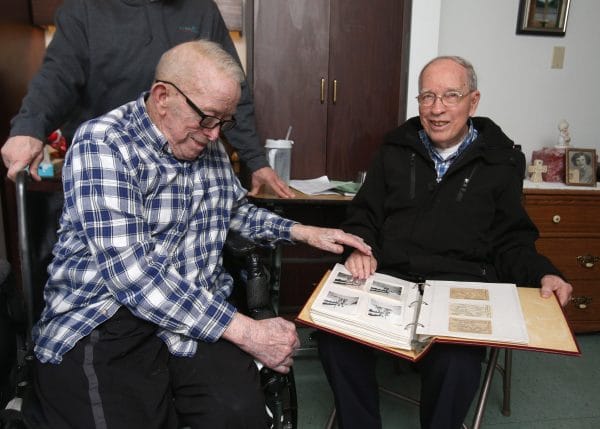 “I was tickled to death because I’d get to come home every weekend,” he said. “That’s all I cared about … when you’re young that’s what it’s all about. Home.”

Palmer, 87, was sent to a different base in Illinois and then to Goodfellow Air Force Base in San Angelo, Texas.

He showed Midkiff photographs of his time in the service.

“These are memories that stick in your mind. You don’t forget,” he said. 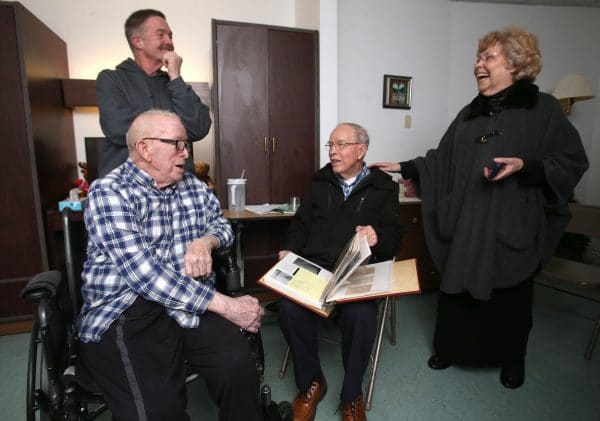 They were both discharged in 1955 and returned to Stark County, Midkiff to Louisville and Palmer to Canton.

But despite living nearby, they never managed to reconnect.

They both married soon after returning home and had kids.

Midkiff spent 15 years as a police office in Louisville and later worked in manufacturing.

Palmer moved to Massillon and worked as a mechanical engineer and later as a minister. 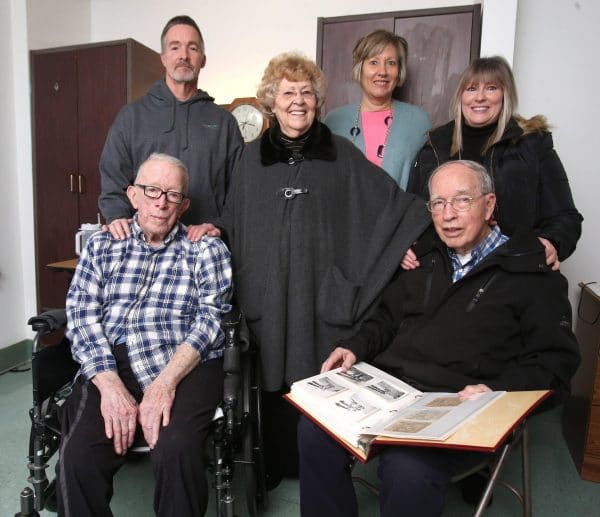 Palmer always talked about wanting to see Midkiff again. So his daughter, Joyce Robinson, decided to try to find him.

She did some internet searching and came across an obituary for Midkiff’s wife, Betty.

Robinson thought she was on the right track and decided to see if any of the kids listed on the obituary were on Facebook. She found Jeff Midkiff and sent him a message.

Jeff Midkiff confirmed she’d found the right person. And the families set up a meeting for the two friends at St. Luke’s Lutheran Community, where Midkiff now resides.

On Tuesday, both families met for the first time, shared stories and took new pictures for the photo album.