The U.S. Department of Defense on Saturday identified a U.S. Army soldier killed in a vehicle rollover incident in Syria.

Spc. Antonio I. Moore, 22, was deployed in Syria as part of Operation Inherent Resolve, the Pentagon reported. Moore’s vehicle was involved in route clearing operations on Friday in the Deir ez Zor Province when the incident occurred.

Moore had enlisted in the Army in May 2017 and trained as a combat engineer.

He was assigned to the 363rd Engineer Battalion, 411th Engineer Brigade, an Army reserve unit based out of Knightdale, N.C.

The Pentagon did not reveal the exact cause of the deadly rollover accident, but said the incident was under investigation.

Fellow soldiers removed their name patches and placed it on Moore’s casket before the dignified transfer. 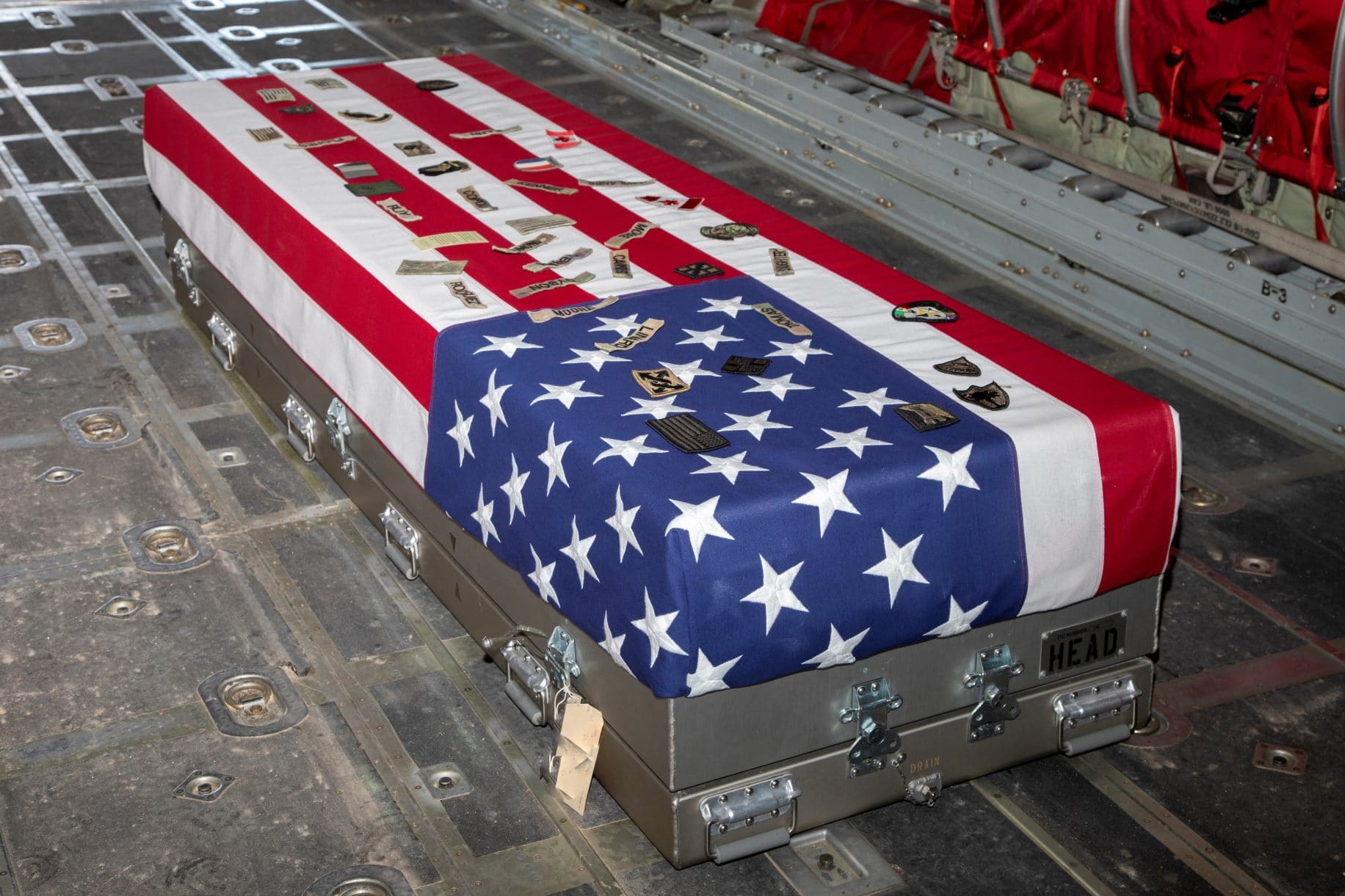 Fellow soldiers placed the nametapes from their uniforms and their unit patches on Spec. Antonio Moore’s casket prior to the dignified transfer of remains on Saturday, January 25, 2020. (US Army photo by Spec. Angel Ruszkiewicz)

“The 363rd Engineer Battalion is deeply saddened at the loss of Spec. Antonio Moore,” Doiron said Saturday. “Antonio was one of the best in our formation. He will be missed by all who served with him. We will now focus on supporting his family and honoring his legacy and sacrifice.”

Moore was reportedly on his first deployment when the accident happened. Moore had been decorated with the National Defense Service Medal and the Army Service Ribbon.

Moore is survived by his mother, stepfather, three brothers and a sister.

NC Governor Roy Cooper tweeted his condolences at the news of Moore’s death.

Our hearts are heavy with the tragic loss of Wilmington native Spc. Antonio I. Moore. We’re honored by his selfless service to this country and are praying for his loved ones and fellow soldiers in the 363rd Engineer Battalion.https://t.co/jRnxwkzDFZ

Cooper called for flags to be flown at half staff on Monday in remembrance of Moore’s passing.