Frank Wasniewski, Hudson County’s last link to one of the country’s most historic events, has died.

The World War II veteran passed away at the age of 100 at Christ Hospital on Jan. 21 after an illness.

Wasniewski told The Jersey Journal in 2009 that he had been stationed with the 98th Coast Artillery at Schofield Barracks, some 35 minutes north of Pearl Harbor, but that fateful day he had traveled to the Navy yard to pick up ammunition.

“They bombed for two hours,” the 90-year-old Jersey City resident said of the attack by the Japanese on Dec. 7, 1941, that claimed more than 2,400 lives and propelled the United States into World War II. 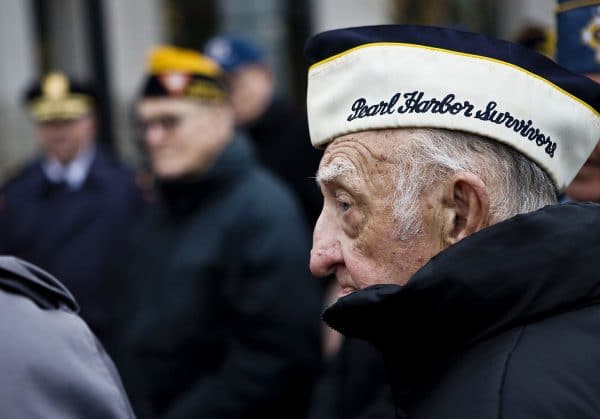 Pearl Harbor survivor Frank Wasniewski in seen on De. 7, 2008, at Exchange Place in Jersey City to commemorate those who died at attack on Pearl Harbor in 1941.
(Journal /EJA/TNS)

A member of “the greatest generation,” Wasniewski was drafted March 26, 1941 and had planned to serve a year. He was sent near Japan after the attack on Pearl Harbor and served four and a half years.

Wasniewski always considered himself lucky to come home alive. “It was brutal,” he said.

“Frank Wasniewski was a true American hero who stood tall in our country’s darkest hour, and stood by his fellow veterans here at home,” said County Executive Tom DeGise.

“We mourn Frank’s passing with his family, his friends, and his fellow vets, knowing that while our hearts are heavy now, they will be full of pride always that Frank Wasniewski called Hudson County his home.”

After the war, Wasniewski worked as a trailer-truck driver for the United State Postal Service for many years before retiring. He was a member of the Pearl Harbor Survivors Association and a parishioner of St. Joseph R.C. Church.

Wasniewski annually attended the Hudson County Pearl Harbor remembrance ceremony, until he was too ill to make it. His niece, Geralyn Wasniewski Crawford, always seen carrying a large photo of her uncle, attended in his place the past few years.

A funeral Mass will be celebrated at St. Joseph R.C. Church on Wednesday at 10:30 a.m. Interment with military honors to follow at Holy Name Cemetery in Jersey City.