The transit officers of NYPD’s District 34 successfully broke up a fight last week and confiscated a weapon that they said could have been “very dangerous in the wrong hands.”

On Jan. 20, the NYPD Facebook page posted photos of the eight arresting officers involved and the “very dangerous” weapon in question –  a revolver. While a revolver can in fact be a dangerous weapon, internet commenters quickly noticed something was missing about the weapon in the picture: the hammer needed to fire the weapon.

“This firearm may not look like much, but it is still very dangerous in the wrong hands,” the NYPD post read. “Thankfully our Transit officers from District 34 were able to recover it after breaking up a fight near their precinct and placed the known gang member who possessed it under arrest.” 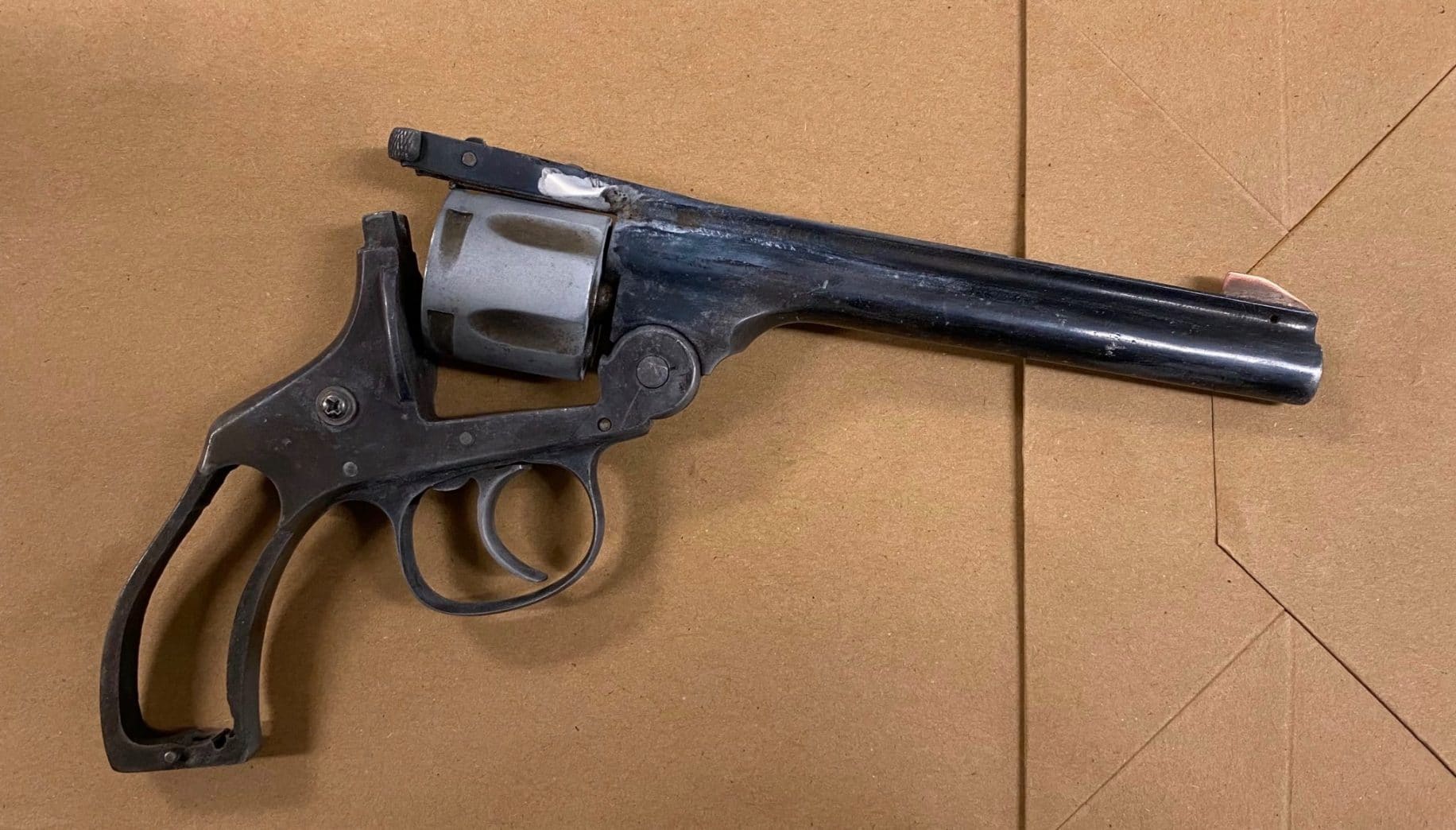 For revolvers such as the one pictured, a hammer is used to strike the primer or a firing pin, which sets off the propellent that fires a bullet. In this case, the absence of a hammer means that a bullet could not be fired.

The deficiencies of the firearm in question became a topic of sensation for many who viewed the post.

The NYPD regularly posts pictures of weapons seized in arrests, but this otherwise innocuous post had garnered more than 4,000 comments and 4,000 shares by Wednesday as users took turns riffing on the photo.

One user joked, “Ah yes, the very rare 1783 hammerless 38 revolver. They only made them for one year as they weren’t very useful as the carrier had to manually hit the back of round with a small rock for each shot fired.”

It was not clear from the post if the defunct firearm even had rounds in the cylinders. The firearm was also visibly missing handles on the pistol grip.

“That is a bucket of parts, most notably devoid of a hammer, so no smashy the sparky part that makes the gun go bang bang,” said the pro-gun Facebook page 2A Cops – Cops Supporting Gun Rights. “This is embarrassing as hell for all of law enforcement.”

The dangers of the weapon were still up for debate for one user, who said, “Yes could be very dangerous in the wrong hands. A criminals hands. One that has loads of time, a place to get spare parts or a nice set of tools to build the missing pieces. Nice club.”

“Dust for prints… pretty sure you’ll find Aaron Burr’s prints on it,” said another commenter, referring to the infamous deadly duel between Aaron Burr and founding father Alexander Hamilton in nearby Weehawken, N.J. on July 11, 1804.

“Give them a break, people. Some drug dealer no-doubt paid a solid 5 shillings for that gun,” said another Facebook user who took note of the apparent criticism to the NYPD.

Another commenter denounced the NYPD for posting the picture which they deemed to be an embarrassment.

“Whoever’s in charge of NYPD public relations and posted this glorious embarrassment to law enforcement should be fired ASAP. If the goal of NYPD is MOCKERY BY THE PUBLIC, this post is a total success,” the commenter said.