Missile hits near U.S. embassy in Baghdad after funeral procession for Iranian general

At least one missile reportedly landed near the American embassy in Baghdad Saturday night after thousands of mourners gathered for a funeral procession for Iranian general Qassem Soleimani, who was killed by a U.S. air strike a day earlier.

A rocket landed inside the heavily fortified Green Zone after dark hours after weeping mourners vowed to take revenge on the “Great Satan.” 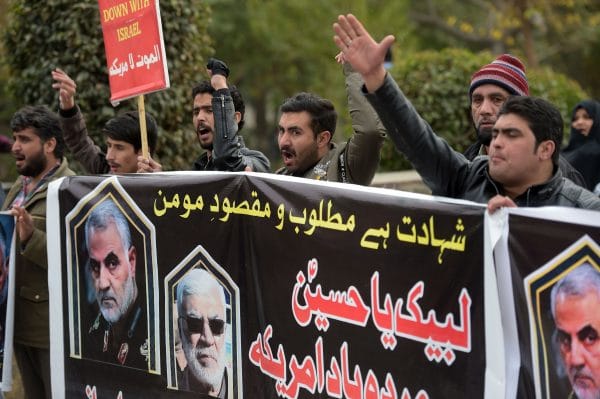 A second rocket also reportedly struck the same area, but neither missile hit the U.S. Embassy.

There were no immediate reports of casualties. The strike was reported by the Al Arabiya television station.

Unconfirmed reports said another missile struck Balad Air Base near Baghdad, where many American troops are stationed.

Soleimani was killed as he left Baghdad’s international airport early Friday in a drone strike authorized by President Donald Trump.

Trump said he ordered the assassination because Soleimani was plotting “imminent” attacks on Americans.