The U.S. Air Force conducted a combat exercise at Hill Air Force Base in Utah, in January 2020 showing off 52 of its top tier F-35 fighter jets.

The combat exercise with the 52 F-35A Lightning IIs was conducted by the active-duty 388th Fighter Wing and Reserve 419th FW, which are collectively home to 78 aircraft, the Air Force said in a statement at the time.

“As the Air Force’s only combat-capable F-35A units, the wings must be prepared to launch any number of aircraft to support the national defense mission at a moment’s notice. Last year, they began regularly supporting combat operations with the F-35A with consecutive deployments,” the Air Force said in the statement.

Today we launched about 50 F-35s in rapid succession. Part of a long-planned combat power exercise with @388fw, we pushed the boundaries and tested our Airmen’s ability to deploy @thef35 en masse. We’re ready to fly, fight, and win. @usairforce @USAFReserve @USAF_ACC pic.twitter.com/QskjR6lsch

The maneuver pictured is called “elephant walk” because of the close formation of the military aircraft while taxiing before takeoff. The term originated in World War II when allied bomber operations consisted of 1,000 aircraft and their attacks were carried out in a single file, nose-to-fail fashion that resembled elephants traveling to the watering hole.

Aside from training purposes, the elephant walk is a way for the military to show off their ability to swiftly position many aircraft at the same time and serves as a visual warning to adversaries.

The 419th Fighter Wing released a video on Twitter showing some of the joint exercise.

“From April to October 2019, they deployed to Al Dhafra Air Base, United Arab Emirates, and conducted combat operations in support of the Central Command mission in the region,” the Air Force added. “In October, they departed on their second combat deployment.” 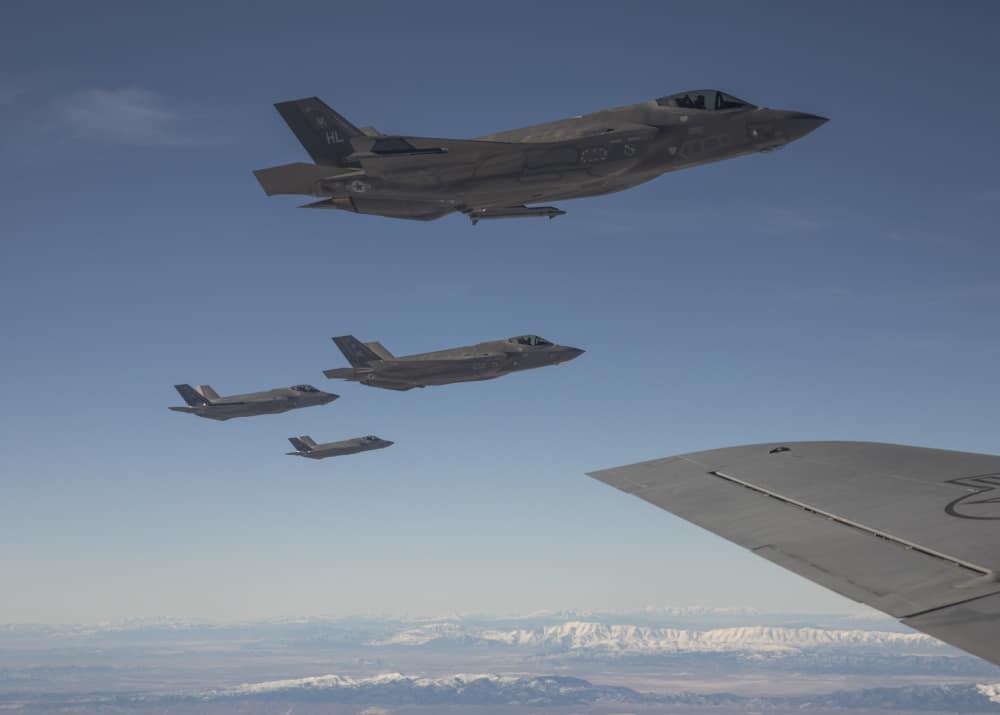 “Currently, the wings fly 30-60 sorties per day from Hill’s flightline. During the exercise, Airmen launched roughly the same number of daily sorties, but they took off in quick intervals,” according to the statement.

“Launching aircraft from multiple squadrons simultaneously presents various challenges and allows the wings to evaluate the capabilities of maintenance professionals, as well as pilots and command and control teams.” 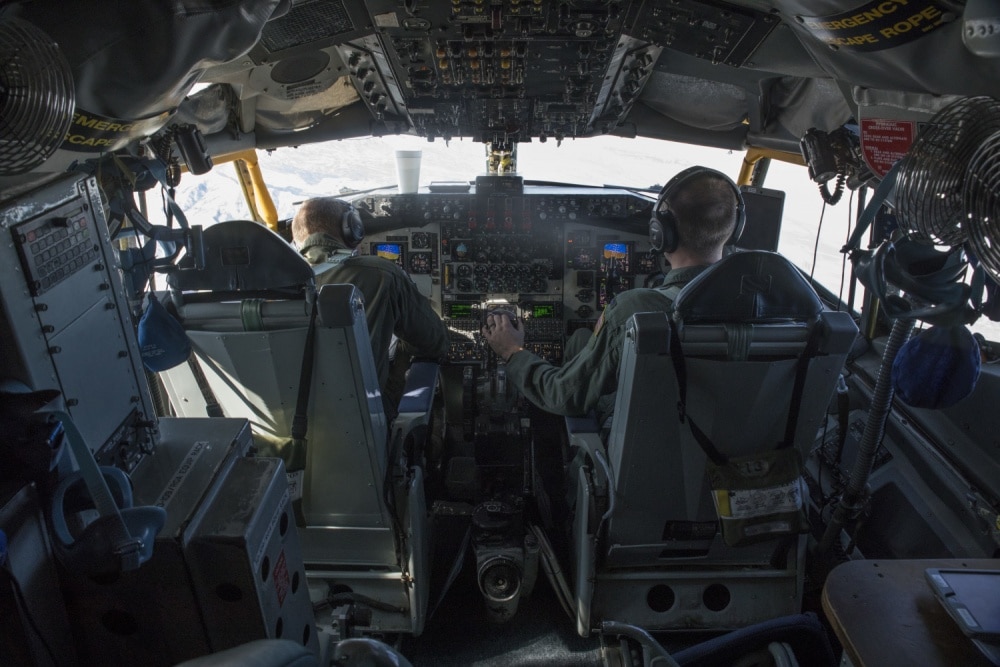 The Air Force clarified that the training was not a response to the rising tensions between the United States and Iran.

“The exercise was part of normal, scheduled training operations and not a response to any current events,” the statement read.