A U.S. Air Force B-2 Spirit stealth bomber is set to fly over the NFL’s American Football Conference (AFC) Championship game on Sunday at Arrowhead Stadium in Kansas City, Mo.

B-2 Bombers have flown over Arrowhead Stadium in the past, but this particular flyover comes as the Kansas City Chiefs play at home against the Tennessee Titans for the AFC title. The winner will advance to the NFL Super Bowl. 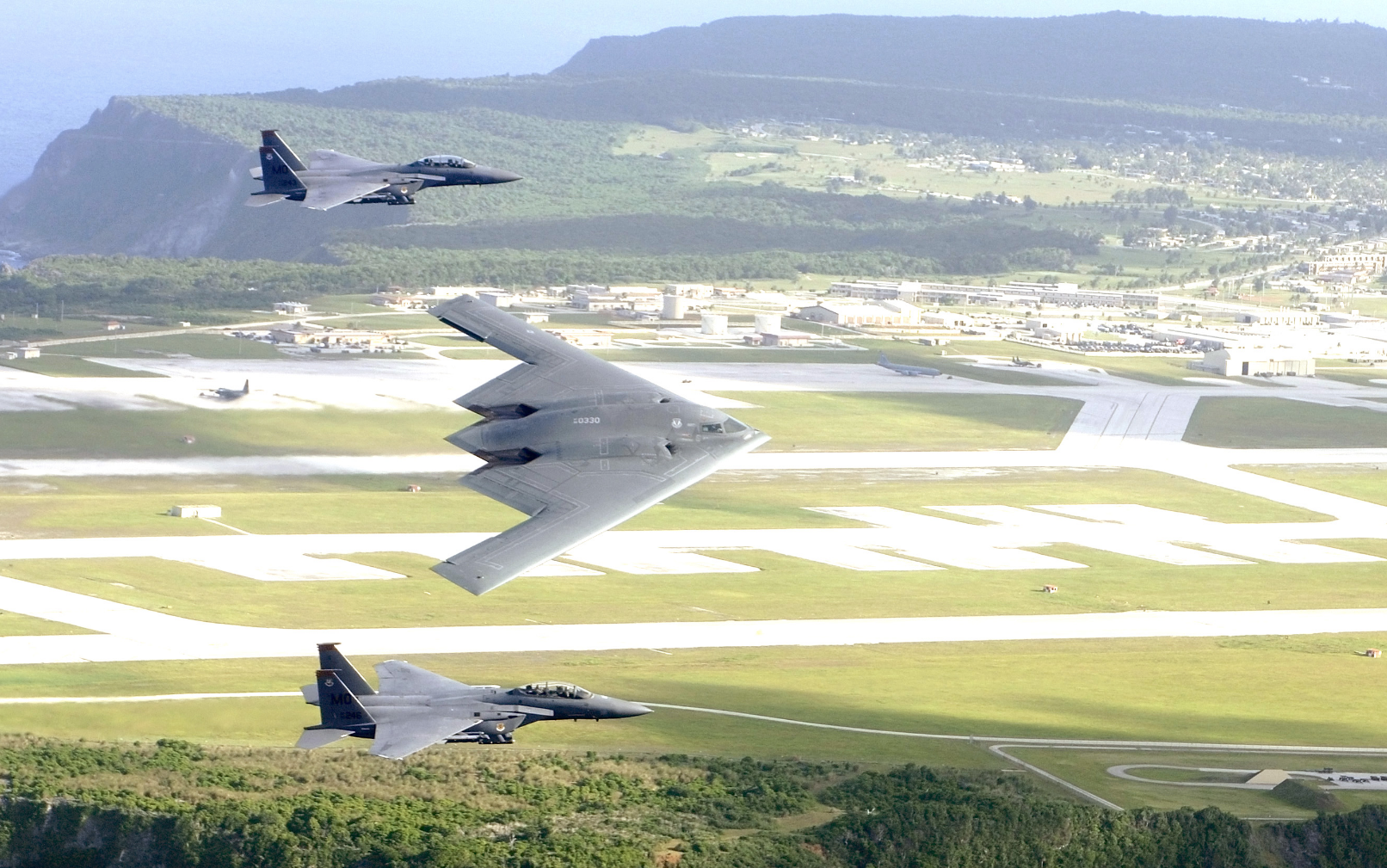 ANDERSEN AIR FORCE BASE, Guam — F-15E Strike Eagles and a B-2 Spirit bomber fly in formation over the base. (U.S. Air Force photo by Tech. Sgt. Cecilio Ricardo)

“Continuing a lasting relationship with our community partners, the Kansas City Chiefs organization, the B-2 will kick off the game with a demonstration of precision air power,” Whiteman Air Force Base said in a press statement to American Military News.

“The B-2 is America’s premier strategic stealth bomber and one of the world’s most advanced aircraft,” the press statement continued. “It is operated by the 509th and 131st Bomb Wings at Whiteman Air Force Base, Missouri, 45 miles east of Kansas City. The 509th Bomb Wing continues a legacy of excellence as we celebrate the Kansas City Chiefs historic achievement in back to back playoff games.” 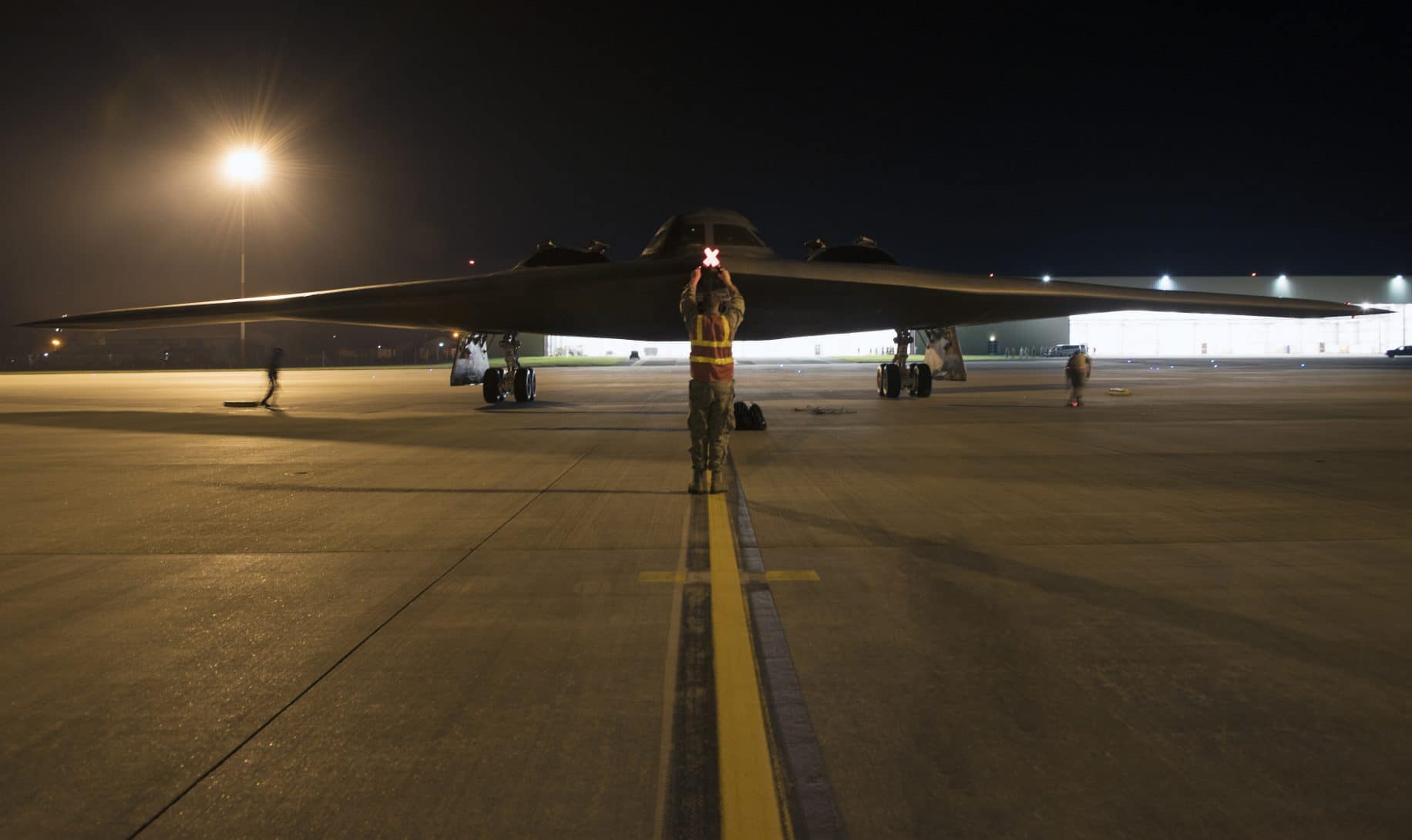 Airman 1st Class Austin Sawchuk, a crew chief assigned to the 509th Bomb Wing, marshals in a B-2 Spirit on the flight line at Royal Air Base Fairford, England, on August 27, 2019.  (U.S. Air Force photo by Staff Sgt. Kayla White)

According to a U.S. Air Force fact sheet of the stealth bomber, the B-2 Spirit is a multi-role bomber that operates with the benefit of “low-observable” materials that keep it hidden from enemy detection. 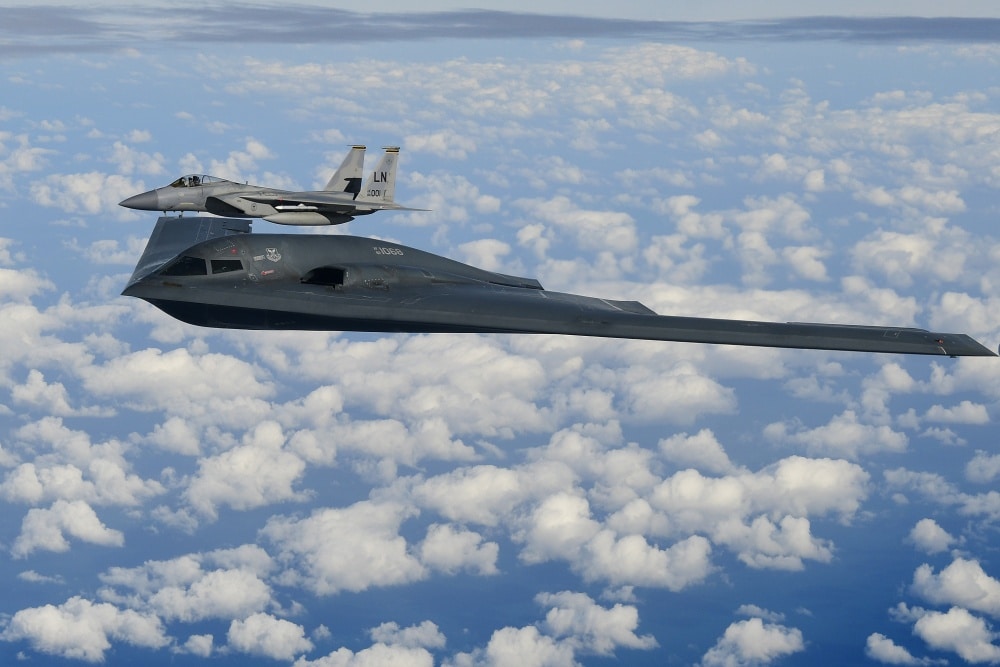 “The B-2’s low observability is derived from a combination of reduced infrared, acoustic, electromagnetic, visual and radar signatures. These signatures make it difficult for the sophisticated defensive systems to detect, track and engage the B-2,” the Air Force fact sheet reads. “Many aspects of the low-observability process remain classified; however, the B-2’s composite materials, special coatings and flying-wing design all contribute to its ‘stealthiness.'” 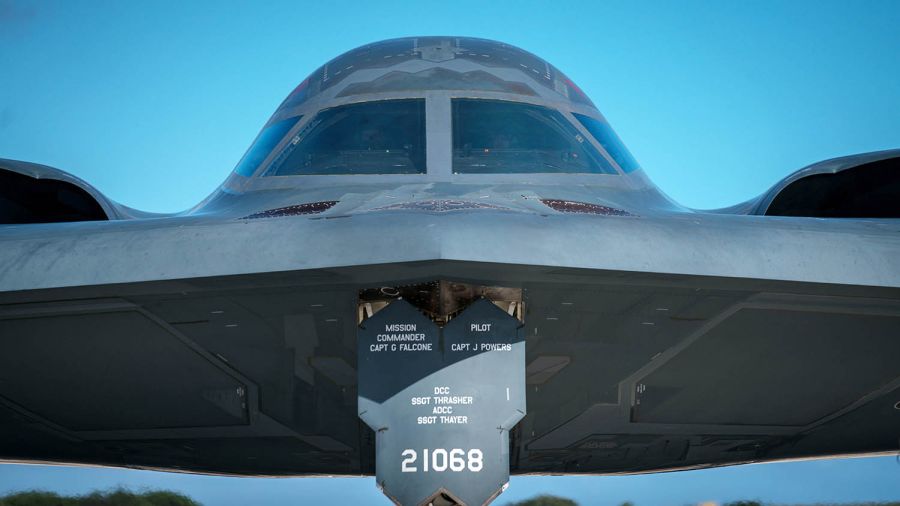 Three B-2 Spirit bombers with about 200 airmen flew last week from Whiteman Air Force Base, Mo., to Andersen Air Force Base on the Pacific island of Guam. (GERALD WILLIS/U.S. AIR FORCE PHOTO) 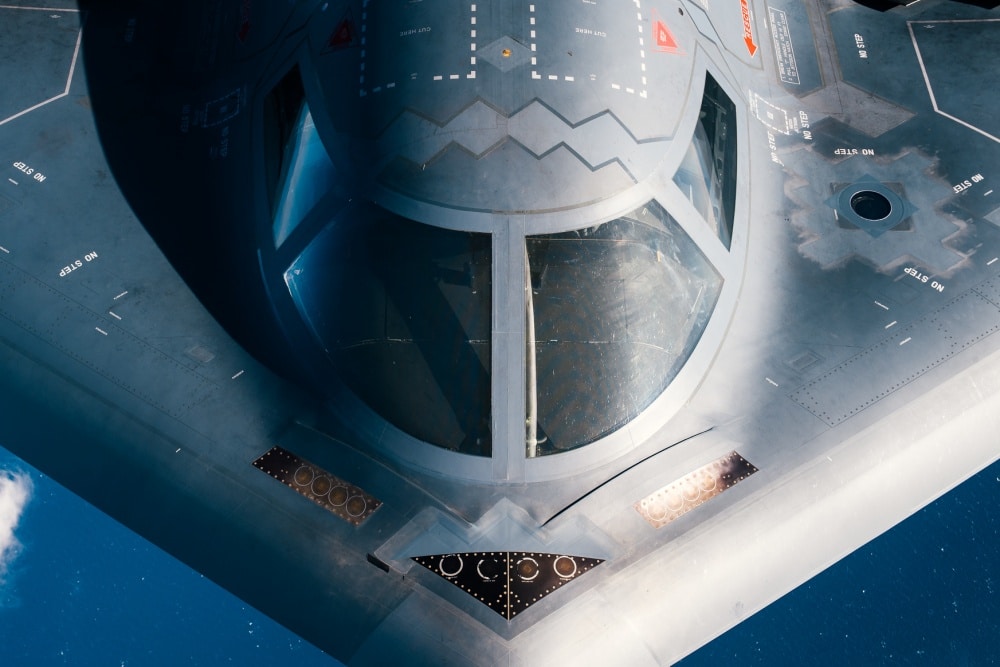 The B-2 proved its effectiveness during military operations in Kosovo in 1999. The bomber reportedly destroyed 33 percent of all Serbian targets in the first eight weeks of NATO involvement in the country and managed to carry out its bombing runs by flying nonstop from Missouri to Kosovo and back.

Some 20 B-2 Spirit bombers, including one test body, are in service with the U.S. military. 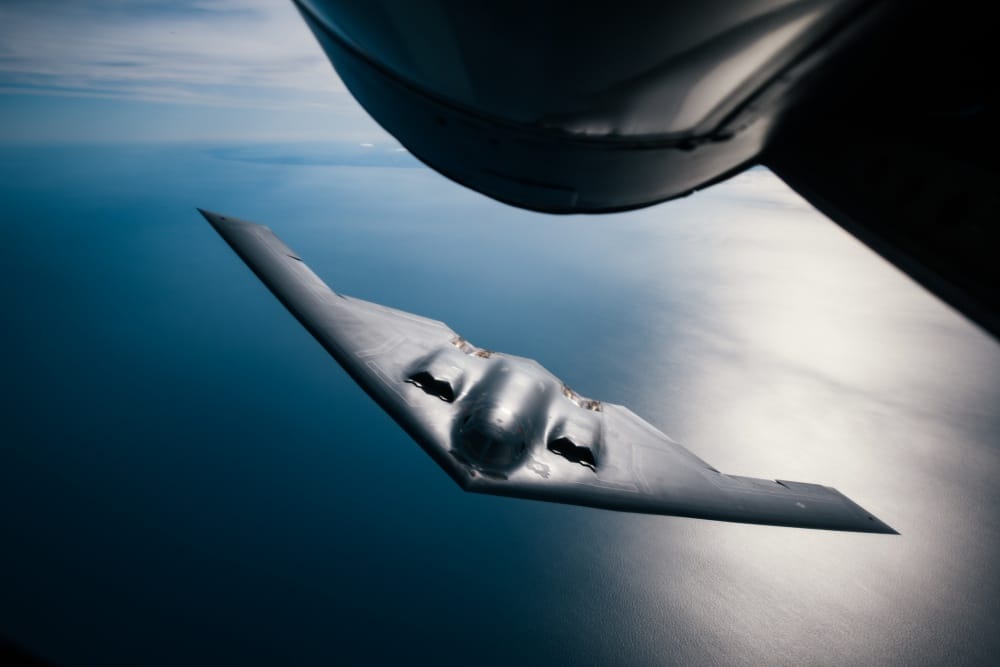