After graduating from the University of Michigan in 1944, Molly Dobson had plans to become an airline stewardess, but her father changed her mind.

“Do you think that’s doing enough for your country?” her father told her.

Three days later, she enlisted in the U.S. Navy. She worked in communications during World War II before returning to Ann Arbor and has dedicated her life to giving ever since. 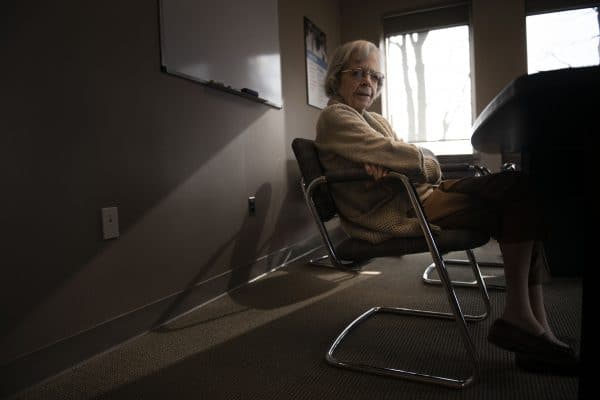 Molly Dobson, sits inside of United Way of Washtenaw County on Wednesday Jan. 15, 2019. Dobson is United Way’s 2020 woman of the year. (MLive.com/TNS)

Dobson, 96, a longtime philanthropist and board member of local community organizations, is the United Way of Washtenaw County’s 2020 Woman of the Year, an award to be presented at Power of the Purse, a fundraising event March 3 at Kensington Hotel in Ann Arbor. Donated purses are sold at auction during the event, with proceeds going toward supporting financial stability for Washtenaw County women in need.

“I’m very content and I really think that people that don’t get involved don’t realize what they’re missing,” said Dobson. “My life would be very boring if I didn’t have these ties to these wonderful younger people.”

Dobson is known for her work supporting the University of Michigan’s Development Summer Internship Program. She said she saw the need to train women in leadership skills and the program expanded from there. She has donated to several scholarship funds that have supported the program. 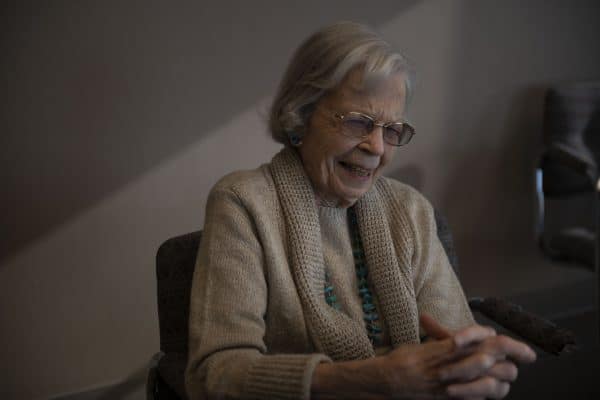 Molly Dobson, sits inside of United Way of Washtenaw County on Wednesday Jan. 15, 2019. Dobson is United Way’s 2020 woman of the year. (MLive.com/TNS)

Dobson has also been a board member and donor to the Washtenaw Community College Foundation.

Her interests have always involved improving the experiences of women and she’s worked with the Center for the Education of Women, funding scholarships for that program and establishing long-lasting relationships with scholars.

Over her decades of service, she said she’s enjoyed watching “the growth of women stepping up serving on committees, making substantial gifts, caring about their part in improving the community.”

At 96-years-old, Dobson said she makes sure to walk a mile a day to maintain her energy level. She also enjoys cooking with special recipes for cookies and soup.

She and her husband, William Dobson, had three children. She now has five grandchildren and 11 great-grandchildren.

She said she’s been involved with United Way of Washtenaw County since the 1950s. The organization strives to support financial stability, health and education.

Tickets to attend the Power of the Purse event are available here.

“I’m flattered,” said Dobson. “It’s nice to know that my contributions have made a difference.”