William F. Bundy, a longtime Naval War College professor and associate provost, who was the first black to rise from the U.S. Navy’s enlisted ranks to take command of a submarine, has died.

Bundy, also a former director of the Rhode Island Department of Transportation, died of a heart attack on Sunday, according to Mike Ritz, of Leadership Rhode Island.

“The community impact on Rhode Island is significant,” said Ritz. 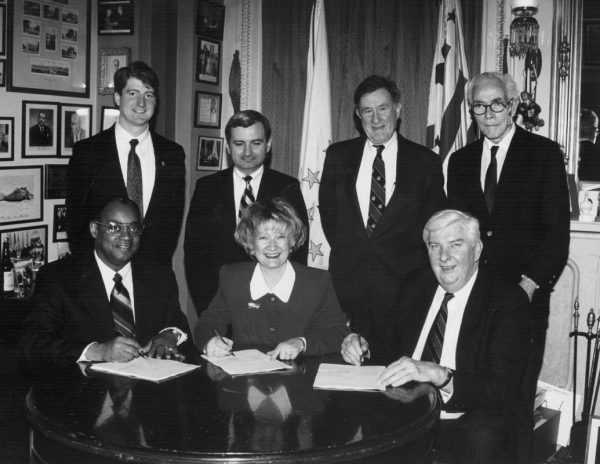 Bundy “mentored many to success, particularly those in the African-American community,” Ritz said. “It’s rare that a military officer is so intimately linked to community as Dr. Bundy was.”

Bundy started out as an enlisted sailor with sonar expertise. He served on submarines in the depths of the Cold War between the U.S. and Soviet Union.

He served as an assistant weapons officer on the USS Sam Houston as the sub carried out patrols to deter the Soviets, according to the TheHistoryMakers.org

In 1988, he took command of the USS Barbel in Sasebo, Japan, and conducted exercises in the Western Pacific. Later, he directed the U.S. Naval Officer Candidate School in 1994. He retired from the Navy in 1994 at the rank of commander.

Along the way, he earned undergraduate degrees as well as a master’s degree in national security and strategic studies from the U.S. Naval War College.

He received his doctor of philosophy from Salve Regina University in 2005.

At the Naval War College, he served as the chair of the Warfare Analysis and Research Department. He focused on the challenge of integrating technology in the Navy.

Bundy was an adjunct professor and lecturer at Providence College, where he taught leadership, business organization and ethics courses.