The U.S. Navy and General Dynamics Corp., Electric Boat’s parent company, have signed a $22 billion contract for nine additional submarines to be constructed in Connecticut. The deal, with a price tag that is $4 billion higher than a previous Pentagon order, calls for larger and more complicated submarines.

In Groton on Tuesday, U. S. Rep. Joe Courtney joined Kevin Graney, President of General Dynamics Electric Boat and union leaders to discuss the submarine deal, which will require thousands of skilled workers and bring hundreds of millions of dollars in business to scores of suppliers across the state.

Here’s is a look at what comes next: The Navy will closely monitor construction. 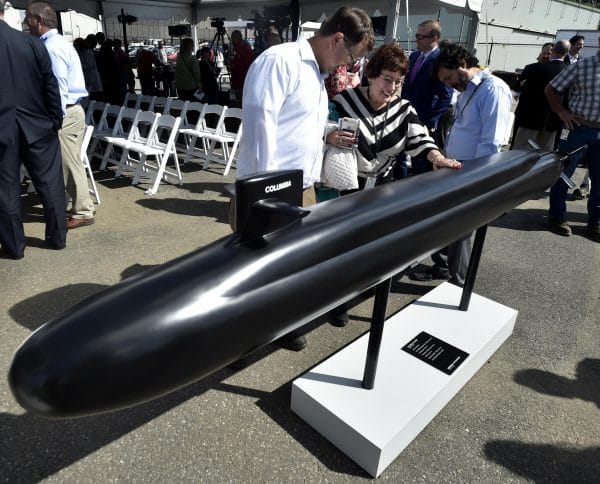 A groundbreaking was held for General Dynamics Electric Boatu2019s south yard assembly building Friday morning. The building will be used to manufacture the next generation of Columbia class submarines.

The deal includes a six-month review as the Navy gauges how Electric Boat and its suppliers handle the increased workload.

The contract includes advanced funding for long lead components for a 10th submarine. Bryan Clark, senior fellow at the Center for Strategic and Budgetary Assessments in Washington, D.C., said that’s intended to keep work flowing to contractors who might otherwise be idled.

There will be thousands of new jobs created 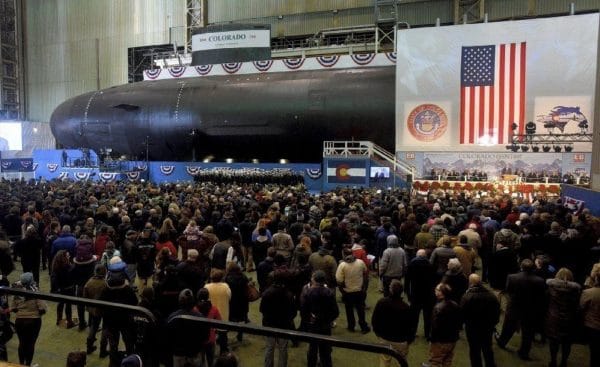 Hundreds gather as General Dynamics Electric Boat hosts the christening for the USS Colorado this year, the 15th in the Virginia class of attack submarines, each costing $2.7 billion.

Since 2008, Electric Boat has generated about $1.7 billion in sales and paid more than $511 million in wages related to submarine overhaul, repair, maintenance and modernization at the Groton shipyard, according to the state Office of Military Affairs.

Electric Boat is expanding to handle the demand

Electric Boat broke ground in September for an $850 million shipyard expansion project to prepare for the construction of Columbia\u2010class nuclear\u2010powered ballistic missile submarines to replace the Ohio\u2010class submarines. All the Columbia class submarines will be assembled in the Groton shipyard.

Spending on the submarine industrial base is concentrated in central and southeastern Connecticut, but the impact is felt across the state. In 2017, 446 suppliers received $514 million in purchase orders, according to the Submarine Industrial Base Council. More than three-fourths of the dollar amount, or $394 million, was in work performed in the 1st and 2nd congressional districts, which are central and southeastern Connecticut.

The Defense Department is relying more on submarines

Demand for submarines is rising as U.S. military strategy counters China’s reach in the South China Sea, Iranian activity in the Persian Gulf and Russian submarine movements in the Atlantic Ocean. The strategy is a shift from the immediate aftermath of the Sept. 11 terrorist attacks when the U.S. military relied on helicopters and drones to fight wars in Afghanistan and Iraq.

The first of the subs will be delivered in 2024

The Navy has so far taken delivery of 18 Virginia-class submarines and all 10 submarines from the previous block are under construction. Delivery of the first submarine in the contract just announced is scheduled for 2024-2025.