Jacksonville designer Collin O’Brien in front of the White House’s “official” 18-foot interior Christmas tree. He was part of a volunteer design team that lighted and decorated the tree and the so-called Blue Room where it stands. (Photo provided by Collin O'Brien/The News-Journal/TNS)
December 29, 2019 Beth Reese Cravey - The News Journal
Share
Tweet
Flip

When Collin O’Brien was growing up in Milwaukee, he constantly rearranged the furniture and decorations in his family’s home.

For the past five years, the now-Jacksonville resident has been helping arrange decorations at the White House for Christmas.

“I always say that I’m ‘Coming Home for the Holidays’ each year when I leave for D.C. The White House truly is ‘The People’s House’. Even though it’s a living, breathing museum and office, it’s still a home,” O’Brien said. 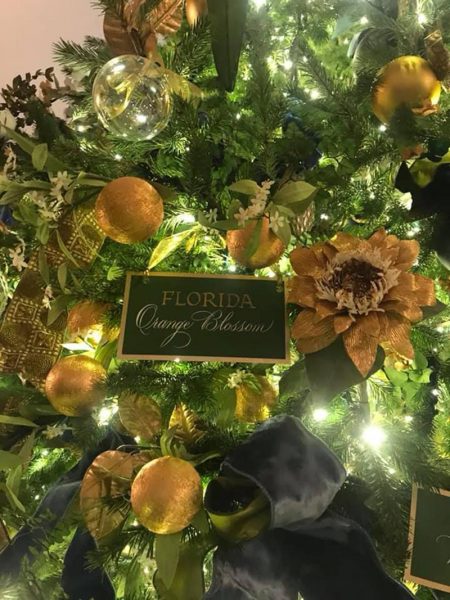 The decor on the 18-foot official White House Christmas tree in the Blue Room features distinctive floral emblems of every state and territory. (Photo provided by Collin O’Brien/The News-Journal/TNS)

“So many important people in our nation’s and humanity’s history have walked through the halls. There is a great feeling of reverence when having the honor to be there,” he said. “It’s my small way of making a stamp on this country’s legacy.”

O’Brien, 28, has been a freelance designer for five years and a professional ballroom dancer for 10 years. He runs Collin O’Brien Event & Designs and is events coordinator/executive assistant and instructor at Grace Conservatory in Ponte Vedra Beach, which provides dance training. 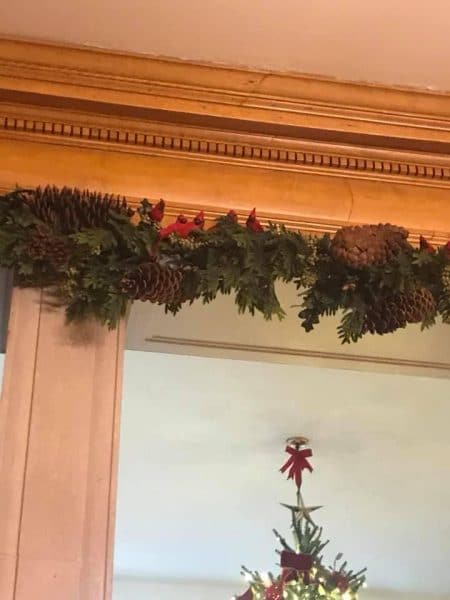 This garland with red cardinals and pine cones was among the White House Christmas decorations that Jacksonville designer Collin O’Brien worked on this year. (Photo provided by Collin O’Brien/The News-Journal/TNS)

He moved to Florida in April when his partner, Lukas Baker, got a new job in Jacksonville.

His design skills were honed early on.

“Being the oldest of eight kids, money was very tight. So every year we would go to local thrift stores and hit the clearance racks to find things to decorate the house with,” O’Brien said. “I 100 percent believe our need to shop resourcefully made me the creative designer I am today. It forced me to look at unconventional items and reimagine them as something totally unexpected.”

He was in charge of decor for events at his high school and church and since becoming a professional has decorated homes and city of Milwaukee tree-lighting ceremonies, been event producer for companies and guest designer at a floral boutique workshop. 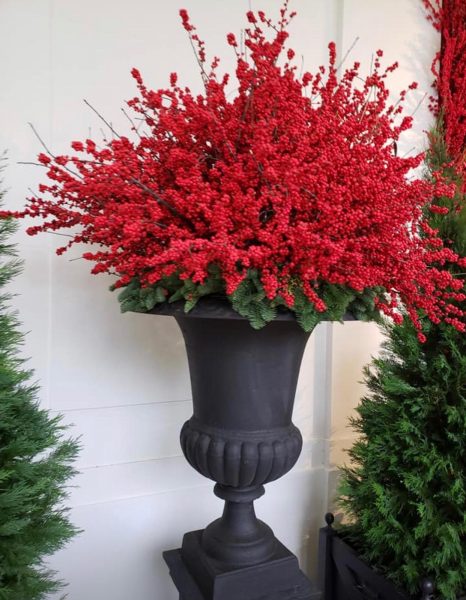 But decorating at the White House is his favorite assignment.

“Nothing compares to the gratification from being even a small part of the final execution year to year,” he said.

Every year in late summer or early fall the White House seeks volunteer applications for the decorating team, which this year had about 150 members.

“You give your basic information, along with the reason why you should be chosen,” said O’Brien, whose first invitation there was in 2015. “In years past I’ve also submitted my portfolio of work and resume. From there you get a confirmation … of acceptance.”

This year team members headed to Washington on the Sunday before Thanksgiving and begin work the next day at an offsite location. They were divided into groups and for the next several days assembled, crafted and organized decorative items. They were off Thanksgiving Day, then spent three days working at the White House.

Each team was assigned certain rooms to decorate, led by Chicago-based HMR Designs following a theme and design selected by first lady Melania Trump. O’Brien said he was among the volunteers who decorated the Blue Room tree, the 18-foot primary White House Christmas tree, and the east entrance and other areas.

“I think my talent plays a part in it, but I also think it comes down to my passion and willingness to do anything to bring the visions the first lady has to life for the nation to view and enjoy,” he said. 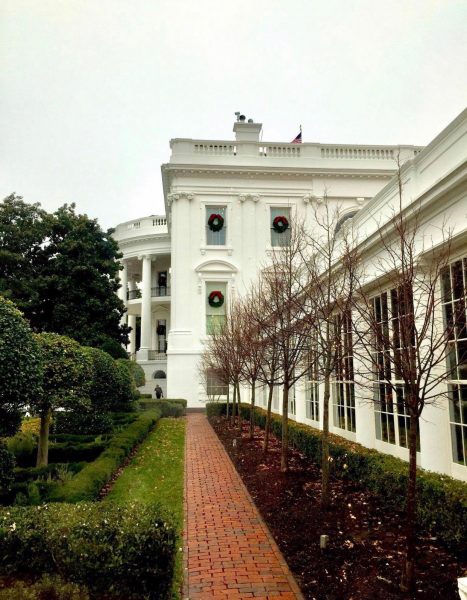 The 2019 theme was “The Spirit of America … a tribute to the traditions, customs and history that make our nation great,” according to the White House website.

“This Christmas season I want to honor those who have shaped our country and made it the place we are proud to call home,” Melania Trump said in a statement on the website. “When I travel the country, I am inspired by the hard-working people and families that I meet. No matter which state they call home, many Americans share a strong set of values and deep appreciation for the traditions and history of our great nation.” 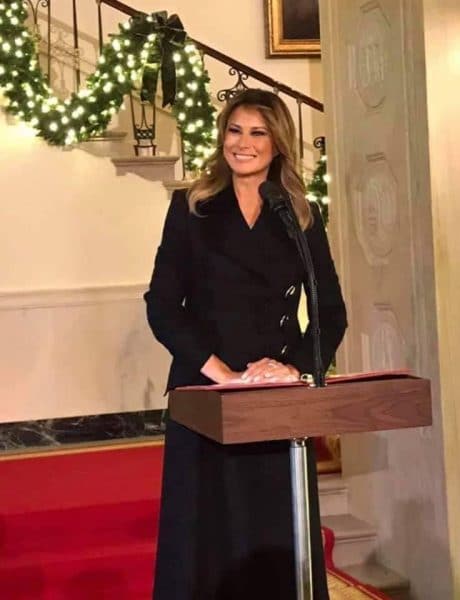 The decorating team did not meet the first lady individually, but the day after the decorations were complete she thanked them collectively at a volunteer reception.

“She is very humble, kind and of course very elegantly poised,” O’Brien said.

He said he is honored to have been part of the process for five years, but he deflected praise.

“It’s not about me. This is a team effort executed by hundreds of volunteers, designers and staff that bring this project to fruition,” he said.