For more than a decade, holiday party a tradition for about 3,000 veterans

Kevin Malone jumped off Santa’s lap and ran right over to the nearest elf so she could hand him a candy cane.

He knew the drill. After all, as he pointed out, he’s been coming to this same Christmas party each December his whole life. All five years of it. And, Kevin says, “It’s the best!”

His grandfather, Raymond Cornett, stood beside him and laughed at the boy’s excitement. He said the Veterans Family Holiday Party put on each year by the Columbus VA and its Chalmers P. Wylie Ambulatory Care Center really is amazing. 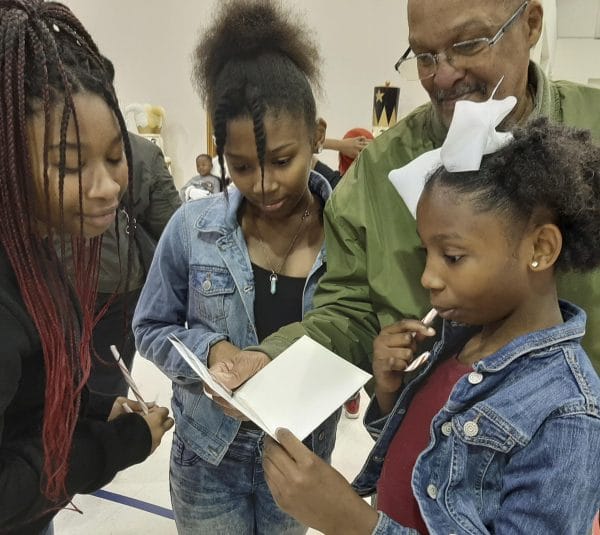 Cornett, of the South Side, served in the Navy from 1985 to ’88. Just think, he said, of all the holidays that veterans and their families miss spending together during their years of service. So all time together is precious.

For the Cornetts, this party is a family tradition. He and his wife, Robin, brought along Kevin as well as grandson Gabriel Ransom, who is 2, and grandson Julian Ransom, who wanted you to know that he is not 10. He is 10 and a half.

“It’s a production from the time you walk in that front door,” Cornett said, sweeping his hand toward the nearly 100 volunteers who made the whole four-hour event go at the Franklin Park Adventure Center on East Broad Street. “These people do a bang-up job. They don’t have to do this. But they want to.” 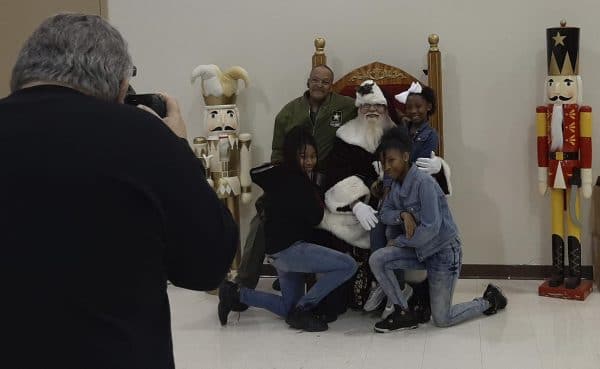 Saturday was the 11th year for the event and each year, as many as 3,000 veterans and their families attend.

“All the support, all of this outpouring of love is tremendous,” said Vivian T. Hutson, CEO and medical center director at Chalmers and a retired Army colonel. “Doing this for our veterans is so important.”

The photos with Santa are always a hit, and Saturday was no exception. The line snaked for what seemed like forever through the red-velvet ropes. But the face-painting and craft stations also were crowded, and the chairs around the tables where people could sit and share a snack while listening to various musical acts were rarely empty.

Ana Bugay has been volunteering at the Santa station since the beginning. Saturday, as head elf, it was her job to get everyone lined up just right for the photo and then capture the kids’ attention so that they would be looking at the camera when the shutter clicked. She was successful. Mostly.

But kids will be kids, you know. Still, she is used to it when everything doesn’t go right and it’s all part of the fun.

A nurse at Chalmers, she volunteers at the party year after year for the joy the event brings to so many. Including her.

“The way I see it is, I save lives every day and this time of year I save hearts,” she said with a smile.

Gil Balden, who owns Associated Photographers in Columbus, has been taking the Santa photos at the event also since its inception. He was in college during the Vietnam War era and never served, so he said he photographs instead to show his gratitude to those who did.

“This is my way of giving back because one of these guys here today, let’s face it, took my place,” he said. “We all should do what we can to honor them.”

Among those made to feel special every year is Randy Brown Sr., an Army veteran who served from 1972 to 1975. The 65-year-old from the East Side had his three granddaughters with him.

“We just have a ball here,” Brown said. “The kids love everything about it. It’s just a terrific thing for veterans.”