Fla. veteran wanted to become a pharmacist. Then his kidneys — 3 of them — stopped working

From left to right: Francesse Roseus, 34, Francesca Roseus, 7, and Frantz Roseus, 32, are photographed at their home in Miramar, Florida on Saturday, December 14, 2019. Frantz has no working kidneys and faces millions in medical debt due to complications from his transplant surgery. (Matias J Ocner/Miami Herald/TNS)
December 29, 2019 Rob Wile - Miami Herald
Share
Tweet
Flip

Frantz Roseus has three kidneys in his gut. None of them works.

Earlier this year, the 32-year-old Navy veteran thought things were looking up. After five years on a nationwide donor registry, he finally got matched for a kidney transplant.

While the transplant operation in May was successful, the donor kidney — which came from a 3-month-old child — failed to function in Roseus’ body. 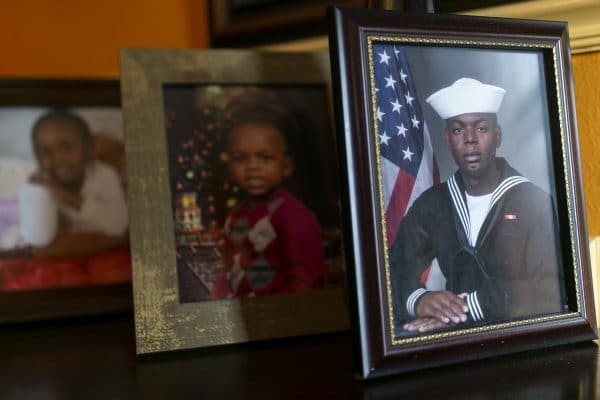 A photograph of Frantz Roseus during his service with the U.S. Navy is seen at his home in Miramar, Florida on Saturday, December 14, 2019. Frantz has no working kidneys and faces millions in medical debt due to complications from his transplant surgery. (Matias J Ocner/Miami Herald/TNS)

After multiple surgeries and ongoing, regular dialysis, he is on his feet but still weak. Though he has survived a patch on life support, his two-year training in pharmacology is on hold.

Memorial Hospital Miramar, which carried out the operation, nominated Roseus for Wish Book, the annual holiday season initiative by the Miami Herald and el Nuevo Herald to help some of South Florida’s neediest families, to help defray his medical costs.

Roseus lives with his wife of more than a decade, Francesse, and their 7-year-old daughter, Francesca, in a traditional Miami-style ranch house in Miramar.

It’s physically difficult for Roseus even to speak, so Francesse does most of the talking. 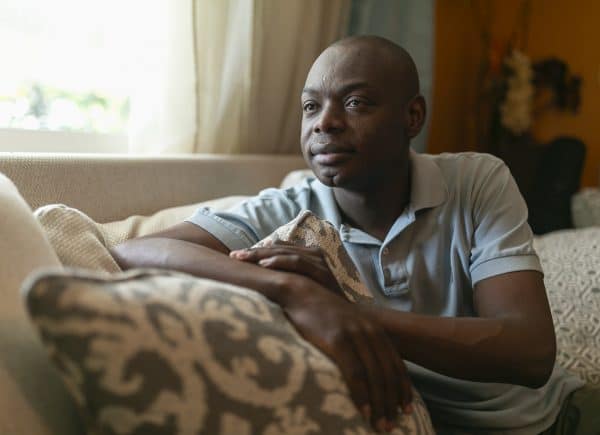 Frantz Roseus, 32, is photographed at his home in Miramar, Florida on Saturday, December 14, 2019. Roseus has no working kidneys and faces millions in medical debt due to complications from his transplant surgery. (Matias J Ocner/Miami Herald/TNS)

“He is an amazing, amazing guy,” she said. “I don’t know one person who doesn’t know him as an amazing person. If he’s around you, you will laugh, but he’s also serious and … will get things taken care of.”

Roseus’ health problems began in 2012, when he was working at a Navy pharmacy in Jacksonville. The painful symptoms he began experiencing defied simple diagnosis. But he pressed on.

Then one day in 2013, in the middle of attending to a code pink — a birth — he felt his leg go numb, then his whole body. A biopsy revealed both of his kidneys were on the verge of shutting down. He was told he would need to undergo regular dialysis to remove his body’s waste unless a kidney donor could be found. 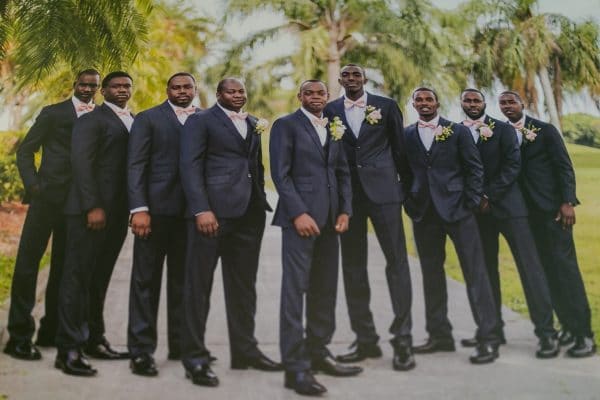 A photograph of Frantz Roseus, center, during his wedding is seen at his home in Miramar, Florida on Saturday, December 14, 2019. Frantz has no working kidneys and faces millions in medical debt due to complications from his transplant surgery. (Matias J Ocner/Miami Herald/TNS)

His military service career was over.

For the next five years, the U.S. Department of Veterans Affairs paid most of his medical bills, as he patiently waited for a call that a donor had been found. When the call came last spring, the family immediately rushed to Memorial Hospital.

“It was a life-changing moment,” Francesse said. “We were so happy. I remember I was cooking dinner at the time … it just felt like everything was finally going to be alright.”

Yet as soon as Roseus woke up from surgery, it was clear something was not right. Roseus wouldn’t eat and even had trouble talking. An ultrasound revealed a clot. He was rushed back into surgery.

That night, said Francesse, was horrible; her husband was barely hanging on. 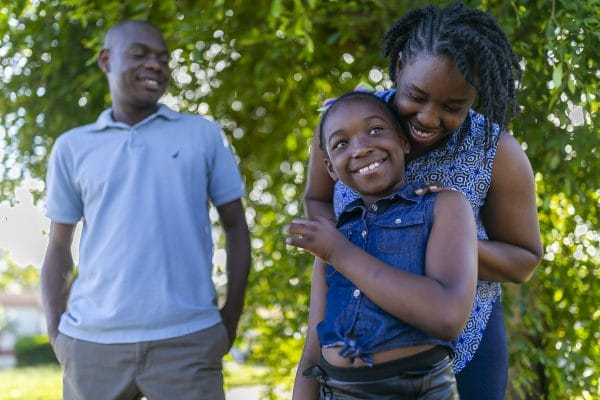 From left to right: Frantz Roseus, 32, Francesca Roseus, 7, and Francesse Roseus, 34, are photographed outside of their home in Miramar, Florida on Saturday, December 14, 2019. Frantz has no working kidneys and faces millions in medical debt due to complications from his transplant surgery. (Matias J Ocner/Miami Herald/TNS)

The next morning, she realized her husband’s condition was not improving. An ultrasound revealed yet another clot. The doctors said they would have to put him in an induced coma and perform yet another surgery.

“That time I raised my voice, and I never raise my voice,” she said. “I said, ‘This is not a chicken that you can cut up, this is a human being. So do what you have to do, but this is it.’”

Francesse said she will never forget seeing her husband when he was wheeled out. “It was like a dead body,” she said.

Roseus remained comatose for four days. When he woke up, he was put on high-dose pain medications that seemed to leave him incapacitated. Roseus and his wife agreed he should forego the drugs.

Finally his condition seemed to improve.

A month in the hospital wasn’t enough. Shortly after he was released, another ultrasound revealed his body was filled with waste fluids. That night, his lungs collapsed.

The doctors saved his life. Roseus would spend another several days in the hospital.

Francesse says their medical bills now exceed $1 million. Because he was not treated at a VA facility, the agency has declined to provide coverage. Medicare picks up some of the tab, since Roseus is now permanently disabled, but it’s not enough for the family to cover the costs.

Francesse herself has been forced to take leave from her job as a microbiologist to care for her ailing husband. Rosesus also has given up most of his duties as deacon of his local church.

“His presence is missed very much,” says Timothee Henock, pastor of Abundant Life Church in northwest Dade. Most of the parishioners are working class and are not able to contribute to Roseus’ medical expenses, he said.

“What we do every week go to his house pray for him, this is the best we can do,” Hanock says.

The pictures on Roseus’ wall show him on the day of the couple’s marriage, a hale-looking young man flanked by his male family and friends, while Francesse looks resplendent in her wedding gown. It’s a bittersweet reminder of happier days.

“I look at him as a hero — he’s my hero,” Francesse said. “For him to not give up, for your body to go through so much and continue to fight, say you’re going to fight ’til you make it — he fought ’til he made it.”