Chronic pain sufferers, including veterans, switch to marijuana as opioid prescriptions become harder to get

Kelvin Nichols, a Columbus veteran, has started using medicinal marijuana to deal with his chronic back pain. Nichols said he decided to give marijuana a try after struggling to get a prescription for hydrocodone, trouble he blames on the opioid epidemic. [Provided photo]
December 17, 2019 Max Filby - Dayton Daily News
Share
Tweet
Flip

It’s been easier for veteran Kelvin Nichols to get marijuana from an Ohio dispensary than an opioid prescription to treat his chronic pain.

Nichols, 56, of Columbus, has suffered from chronic back pain ever since he served as an active duty soldier in the Army from 1981 to 1985. While in the service, he lifted and loaded artillery at Patrick Air Force Base in Florida.

“It was a quick way to back pain,” Nichols said. “Then every job after the military was always physical for the longest time … so I was always doing physical labor of some type.”

Nichols’ years in uniform and working in other labor-intensive jobs resulted in back pain, damage to his rotator cuff in his shoulder, a pins-and-needles feeling of neuropathy in his feet and a hernia. 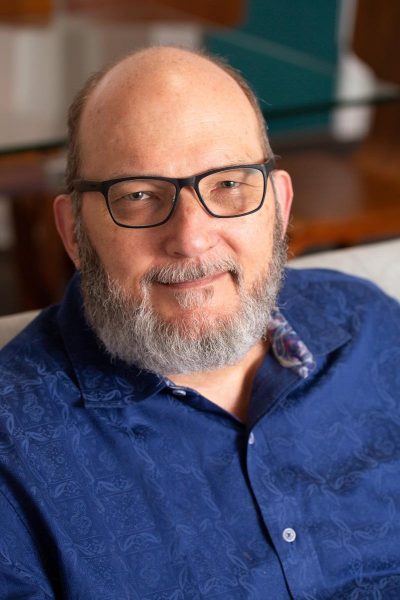 Kelvin Nichols, 56, of Columbus, has dealt with chronic back pain ever since leaving the military in the 1980s. Nichols said he’s had difficulty getting a prescription for opioids to treat his pain. Instead he has turned to using medical marijuana. [Provided photo]

For years, Nichols treated his back pain by taking hydrocodone. Yet as the opioid epidemic drew widespread attention, Nichols said his doctors became hesitant to prescribe him the painkiller.

It got to the point that Nichols said he could only get a prescription for a week’s worth of painkillers per visit to a doctor or specialist. That was down from the three-month supply he was previously able to get.

Going to the doctor on a weekly basis can be difficult for someone like him who doesn’t leave the house much because of chronic pain. He was asked to have MRI scans and was at times required to take a urine test to prove he was taking the pills himself and not selling them, he said.

To get medical marijuana there were no weekly trips to the doctor and no tests. But, marijuana costs Nichols hundreds of dollars a month whereas hydrocodone cost him a few dollars.

“Does it help like pain medication? No,” Nichols said. “Does it make you forget for a little bit that you’ve got pain? Yes.”

Nichols’ plight is an unintended consequence of changes made to stem the opioid crisis that swept through the U.S., said Dr. John Dombrowski, a pain management specialist based in Washington, D.C, and advocate for people suffering from chronic pain.

Nichols’ struggle to get painkillers for a legitimate medical condition is common, but it’s a problem that’s difficult to quantify since it’s just starting to emerge, Dombrowski said.

The total number of opioid prescriptions issued to Ohioans decreased by 4.6 million from 2012 to 2018, according to a March report released by the Ohio Board of Pharmacy. That represents a decline of more than 325 million opiates, or 41%, according to the report.

State leaders have said Ohio’s Automated RX Reporting System (OARRS) — which was created in 2006 and tracks opioids prescribed and dispensed — deserves credit for the decline.

An increased use of OARRS over the years has led to more “responsible prescribing” and “improved patient outcomes,” Steven Schierholt, executive director of the state board of pharmacy, said in a March news release.

The decrease in prescribing opioids is a move in the right direction, though it can be problematic for people like Nichols, said Krisanna Deppen, an addiction and family medicine physician with OhioHealth’s Grant Medical Center Downtown in Columbus.

In the past, painkillers were seen as an easy, quick fix, Deppen said. It’s that kind of thinking that led to an over-prescribing of opioids, she said.

“I do think the pendulum has swung very far. … but for good reason,” Deppen said. “There are so many people dying of overdoses today, but I think finding that balance and prescribing the right amount of opiates to the patients who need them is also important.”

The State Medical Board of Ohio takes complaints from patients about physicians who may decline to prescribe them medication they need. Under Ohio law, complaints are not public unless the board takes action.

About 25% of complaints filed with the medical board last year were for prescribing issues, according to the board’s annual report. That’s up from 19% in fiscal year 2015.

“It’s not uncommon to see complaints about that,” board spokeswoman Tessie Pollock said. “Our intention is never to restrict access for the patients who need them.”

Despite guidance from the medical board and other agencies, some physicians and pharmacists fear they could be flagged by the state or the Drug Enforcement Agency for prescribing opiates, said Ernest Boyd, executive director of the Ohio Pharmacists Association.

Patients with chronic pain should find a pharmacist and a doctor who are willing to work together to manage their medicine, Boyd said. If they don’t, Boyd said those patients may be out of luck unless regulations change.

“There needed to be an adjustment and maybe it did go overboard a bit,” Boyd said. “I feel bad for the people in chronic pain because they’re going to be the guinea pigs for how we get it back to the middle.”

Nichols said he developed a dependency for hydrocodone and had to ween himself off the drug as it became more difficult to get. While Nichols knows it’s that kind of dependency that worries doctors, he said nothing else has worked as well.

Regardless of whether a balance is ever struck, Nichols doubts he’ll ever be able to get a monthlong hydrocodone prescription again.

“It’s at least not going to happen anytime soon,” he said. “If somebody were to give me a seven-day supply today it would probably last me for three months … but I probably can’t even get that.”