More than 65 pounds of cocaine found hidden inside the seats of a pickup late last week was seized when Border Patrol agents pulled over the driver near Temecula.

Officials said a man in a 2011 Dodge Ram truck was heading north on Interstate 15 near the Temecula checkpoint around 8:50 a.m. Friday when agents noticed the man driving erratically and pulled him over. 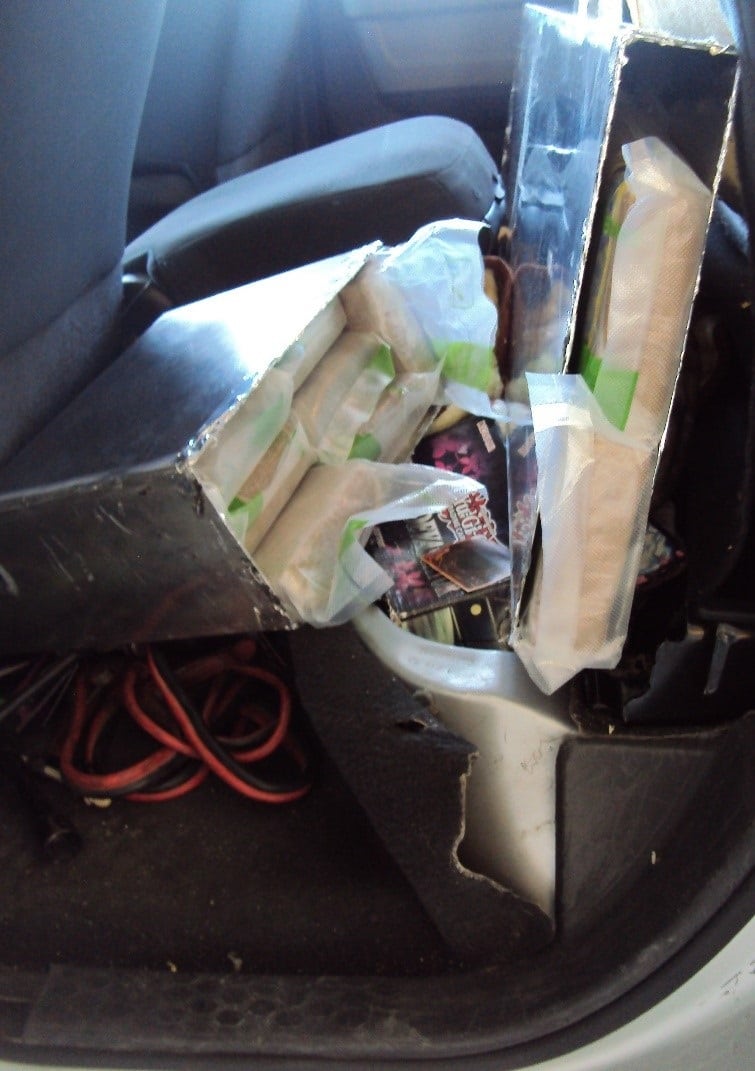 Agents uncover 25 packages of
cocaine worth more than $650,000. (Customs and Border Protection/Released)

After a drug-sniffing police dog reacted to the vehicle, agents searched the truck. They found two metal boxes embedded in seats where foam had been removed — and discovered 25 plastic-wrapped packages holding nearly 65.4 pounds of cocaine with an estimated street value of $653,600.

The driver, a 27-year-old Mexican national with a valid visa, was arrested and the drugs were turned over to the Drug Enforcement Administration. The vehicle was seized by the Border Patrol.

Since October, the San Diego sector has seized approximately 169 pounds of cocaine with an estimated street value of $1.7 million, officials said.

Ukraine would get new anti-ship missiles under House bill

Herman Boone of ‘Remember the Titans’ fame dead at 84