He had anti-Semitic hate in his heart and a violent attack on his mind.

Federal prosecutors revealed Monday that the maniac accused of stabbing five Jewish men in Monsey, N.Y., kept an anti-Semitic journal and googled “Why did Hitler hate the Jews” only two weeks before he burst into a Chanukah celebration with an 18-inch machete.

The new details about Grafton Thomas’s journal and internet search history contradicted claims by his family that he was not anti-Semitic but had long struggled with mental illness. 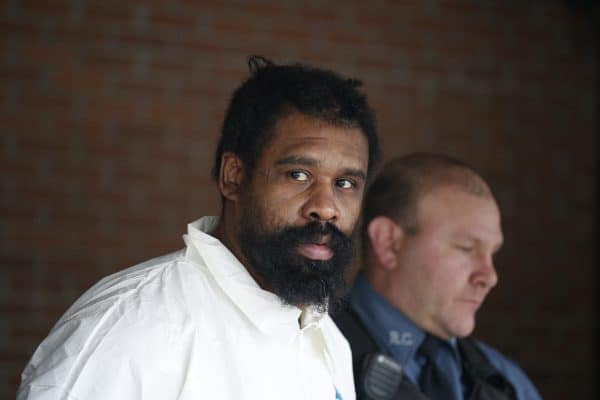 The journal, which investigators found at Thomas’s home in Greenwood Lake, included questions like “why ppl mourned for anti-Semitism when there is Semitic genocide” and references to “Adolf Hitler” and “Nazi culture” on the same page as drawings of a Star of David and swastika, prosecutors said.

Thomas searched “German Jewish temples near me,” “Zionist temples in Elizabeth NJ” and “Prominent companies founded by Jews in America” in the weeks leading up to the Saturday attack, according to the criminal complaint.

The federal hate crime charges are on top of the five state charges of attempted murder. Thomas is currently being held on $5 million bail and has pleaded not guilty.

Gov. Cuomo called the attack during a Chanukah celebration “a blatant act of domestic terrorism.”

Grafton stormed the celebration filled with dozens of congregants at a rabbi’s home at 9:52 p.m. with a scarf covering his face and declared “no one is leaving,” according to the complaint. He started slashing with an Ozark Trail machete. Worshipers celebrating the end of Shabbat and the seventh night of Chanukah were left with grisly slash wounds, lacerations, a severed finger and one skull fracture, according to the complaint.

Thomas, 37, fled and was arrested less than two hours later in Harlem. NYPD cops smelled bleach from Thomas’s car. Blood was on his jacket, clothes and hands, prosecutors said. Cops found the machete under the passenger seat, with traces of dried blood still on it, according to prosecutors. A second knife was in the rear pocket of the passenger seat, with dried blood and hair stuck to the blade.

The attack has sparked worldwide condemnation and is the latest in a string of anti-Semitic incidents in the New York area.

Thomas’s journal included the line that “Hebrew Israelites” took from the “powerful ppl (ebinoid Israelites,” according to prosecutors.

Three people and a police detective were killed in the Jersey City attack.

US Embassy in Iraq under attack by pro-Iran group; storms building shouting ‘Death to America’, light fires, diplomats in hiding