President Donald Trump made a surprise Thanksgiving visit to Afghanistan to meet both the country’s president and with U.S. troops — saying that peace talks have resumed with the Taliban amid a push for a cease-fire and to reduce U.S. deployment in the region.

The president landed at Bagram Airfield around 8:30 p.m. local time Thursday and greeted U.S. soldiers over a turkey dinner before meeting with Afghanistan President Ashraf Ghani at the airfield’s Air Force headquarters. 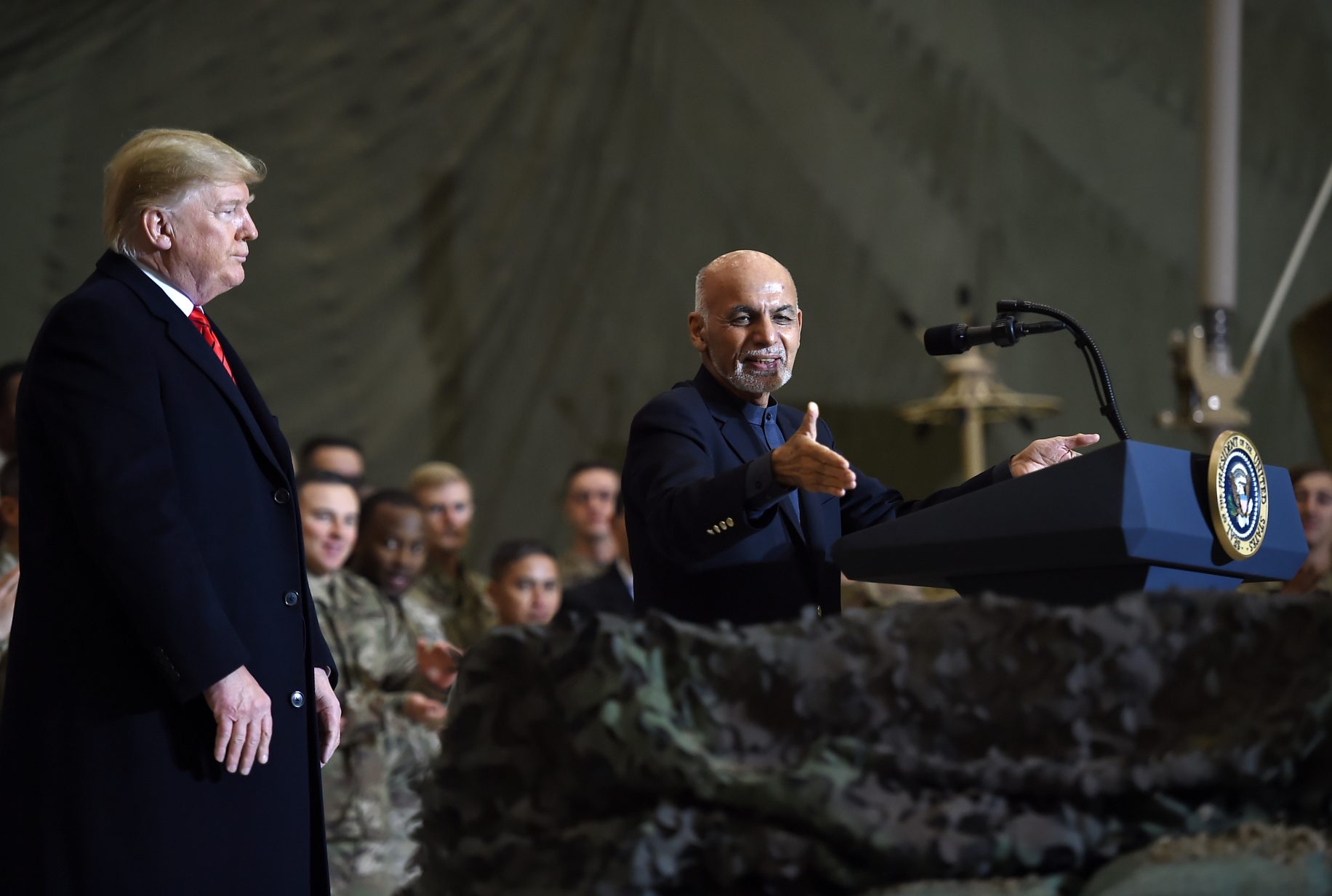 Afghan’s President Ashraf Ghani speaks to the troops as US President Donald Trump listens during a surprise Thanksgiving day visit at Bagram Air Field, on November 28, 2019 in Afghanistan (Photo by Olivier Douliery/AFP via Getty Images)

Trump summoned in reporters for part of their meeting and said talks are continuing with the Taliban. The U.S. wants the Taliban to agree to a cease-fire and will continue to reduce its troop commitment to the region, Trump said. 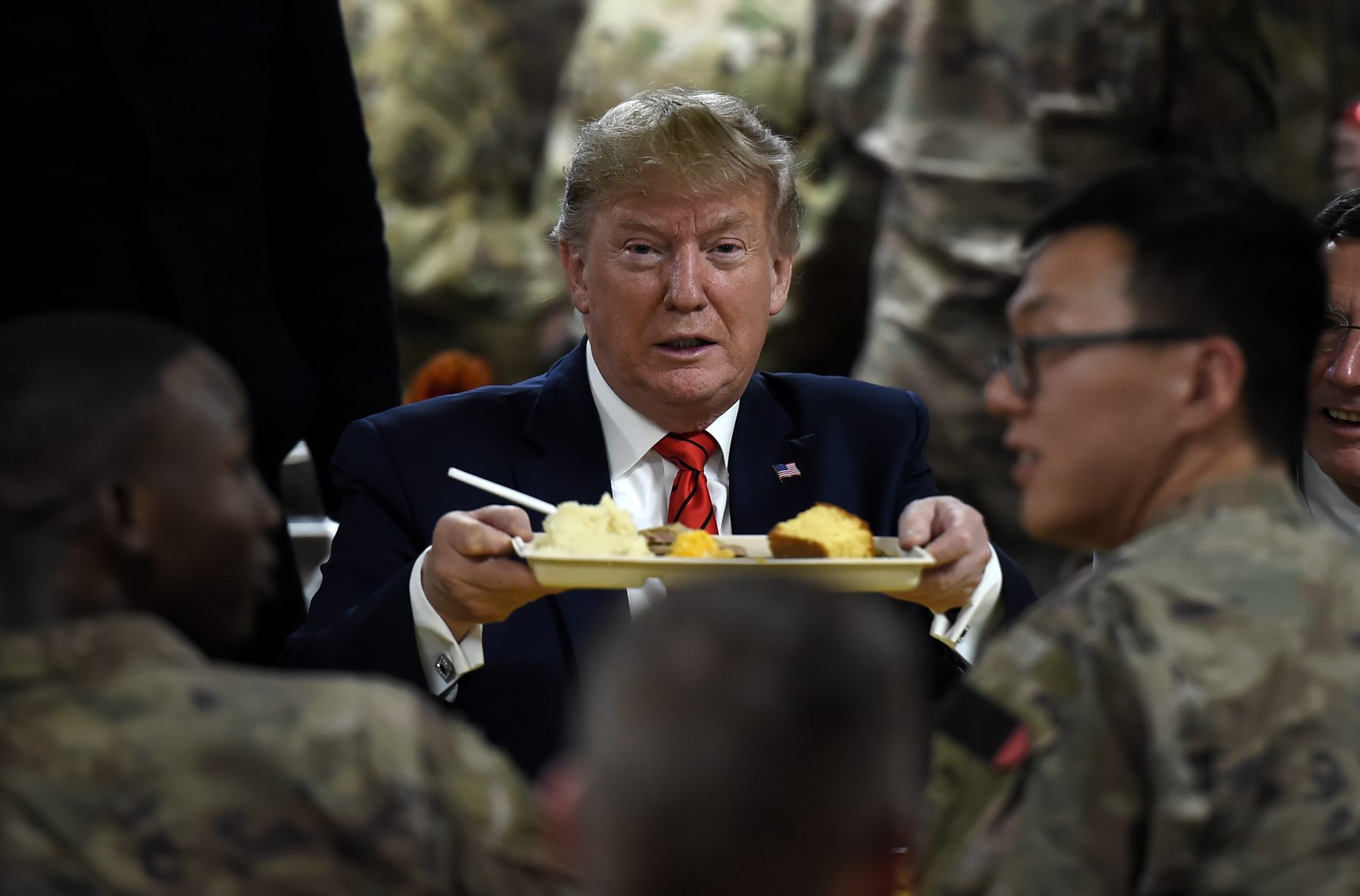 Trump confirmed he’d like to reduce troop levels to about 8,600 in Afghanistan from 12,000 now, but would like to go lower without impacting operational duties. “We can go much further than that but we’ll have it all covered,” Trump said.

Both Trump and Ghani said it was an honor to meet. Trump spent about 45 minutes in the building where they met, with press in the room for only a portion of it. In brief remarks to reporters during the bilateral session, Ghani noted that U.S. combat casualties have fallen under Trump’s presidency; Trump took office after the NATO mission in Afghanistan shifted to a training and advisory role. 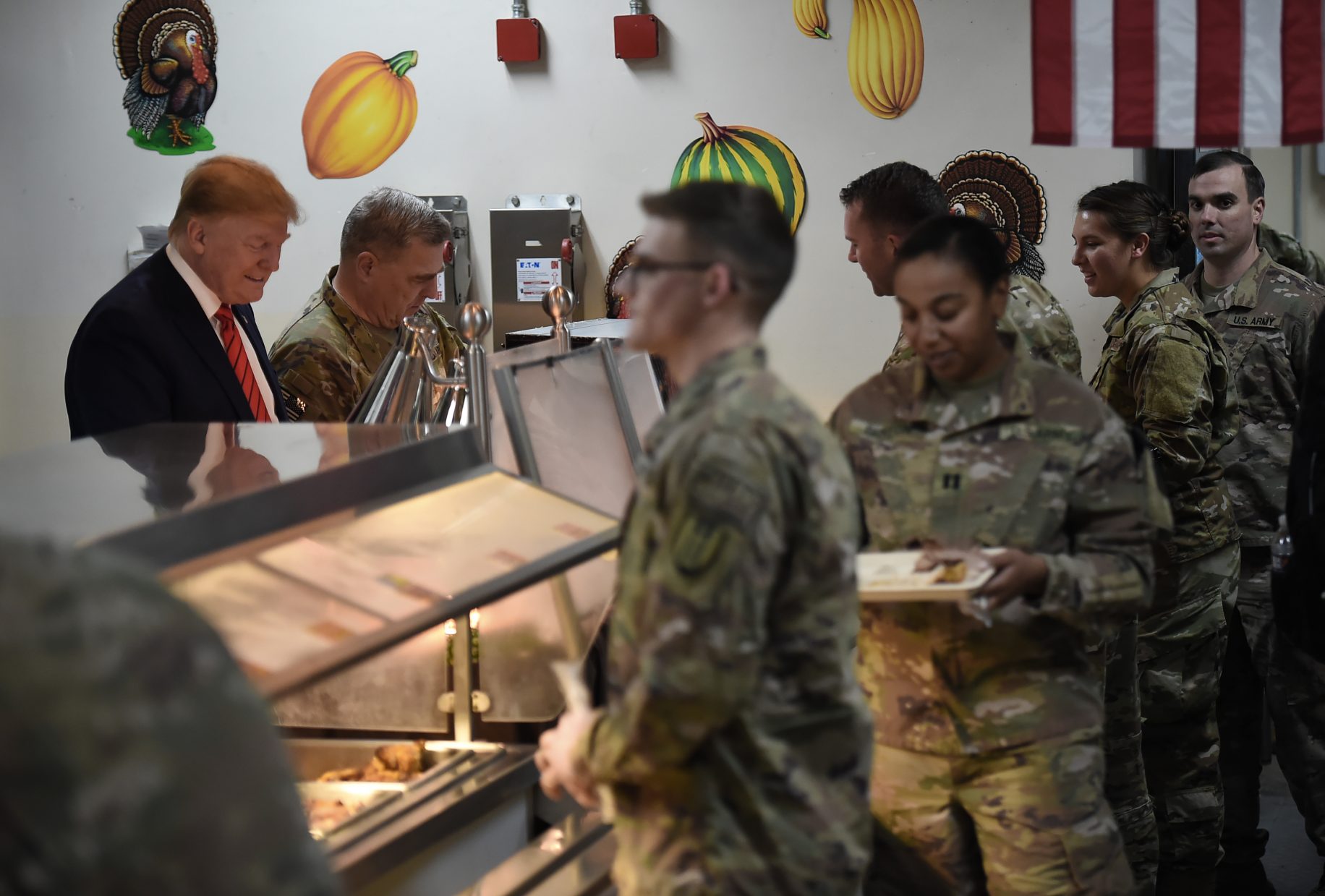 Ghani thanked Trump for his leadership and called for a deal that won’t give too much power to the Taliban, saying Trump should not put “limits on the type of peace that will ensure the gains of the past year, and will ensure your security and our freedom.”

Both Trump and Ghani then attended a rally-style event at a nearby hangar for U.S. troops, and Trump entered to the same song, “Proud to Be an American,” he uses at campaign rallies. He then invited Ghani up to speak to the U.S. troops, and the Afghan leader delivered an impassioned defense of the U.S. mission. 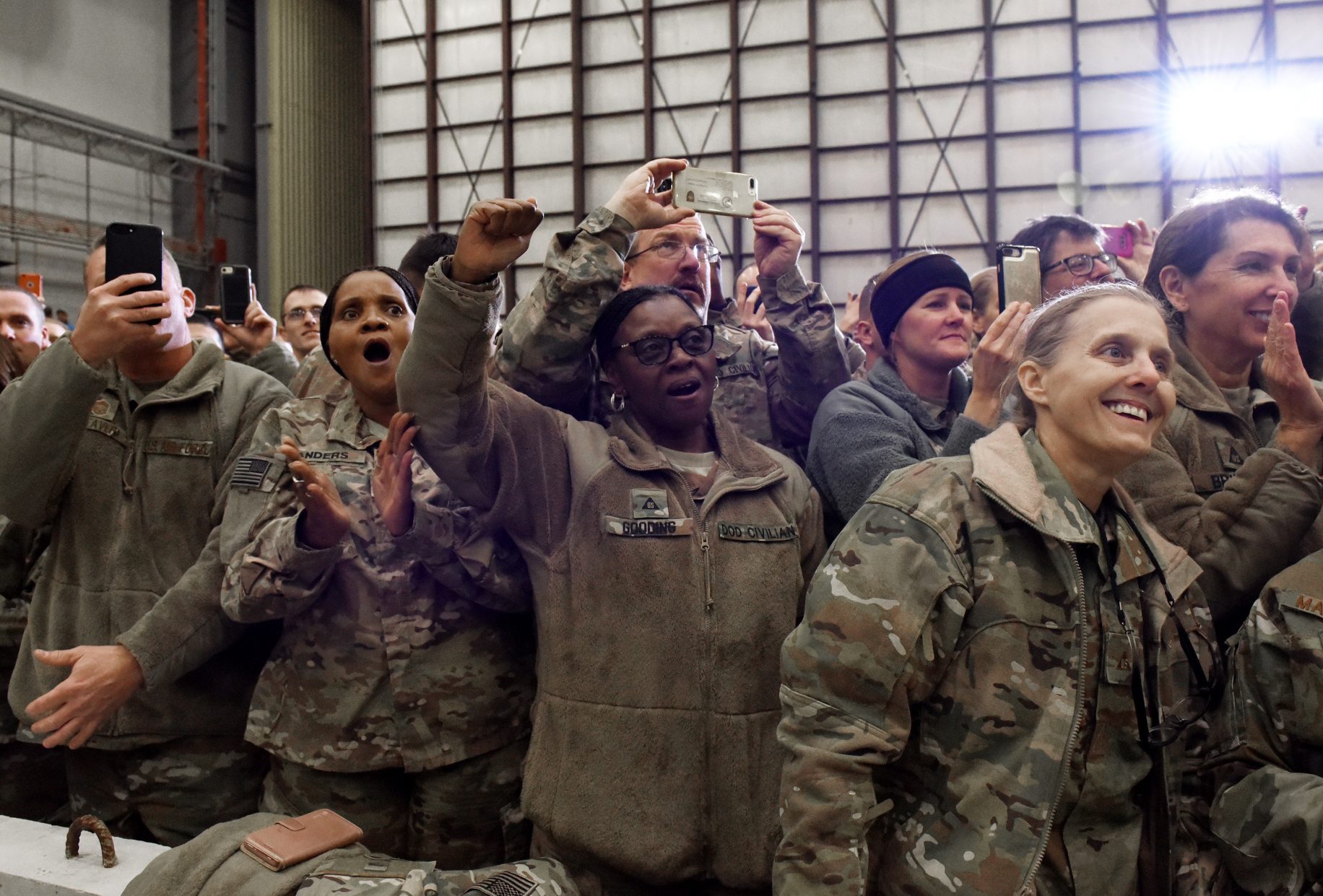 US Soldiers react with cheers and applause as US President Donald Trump arrives in Bagram Air Field during a surprise Thanksgiving day visit, on November 28, 2019 in Afghanistan. (Olivier Douliery/AFP via Getty Images)

“Please thank your families for agreeing to miss you on this special occasion at home and for being here defending United States security and our freedom. Together, we will succeed,” Ghani told the soldiers. “We will never permit the repetition of 9/11 again. God bless you, god bless the president.”

At the rally, Trump reiterated that they’re working for a peace deal in Afghanistan. “Rest assured that my administration will always be committed to annihilating terrorists wherever they appear,” he told troops there, adding that he looked forward to the day “when we can bring each and every one of you home and safe to your family, and that day is coming and coming very soon.”

(Ryan Beene contributed to this report.)