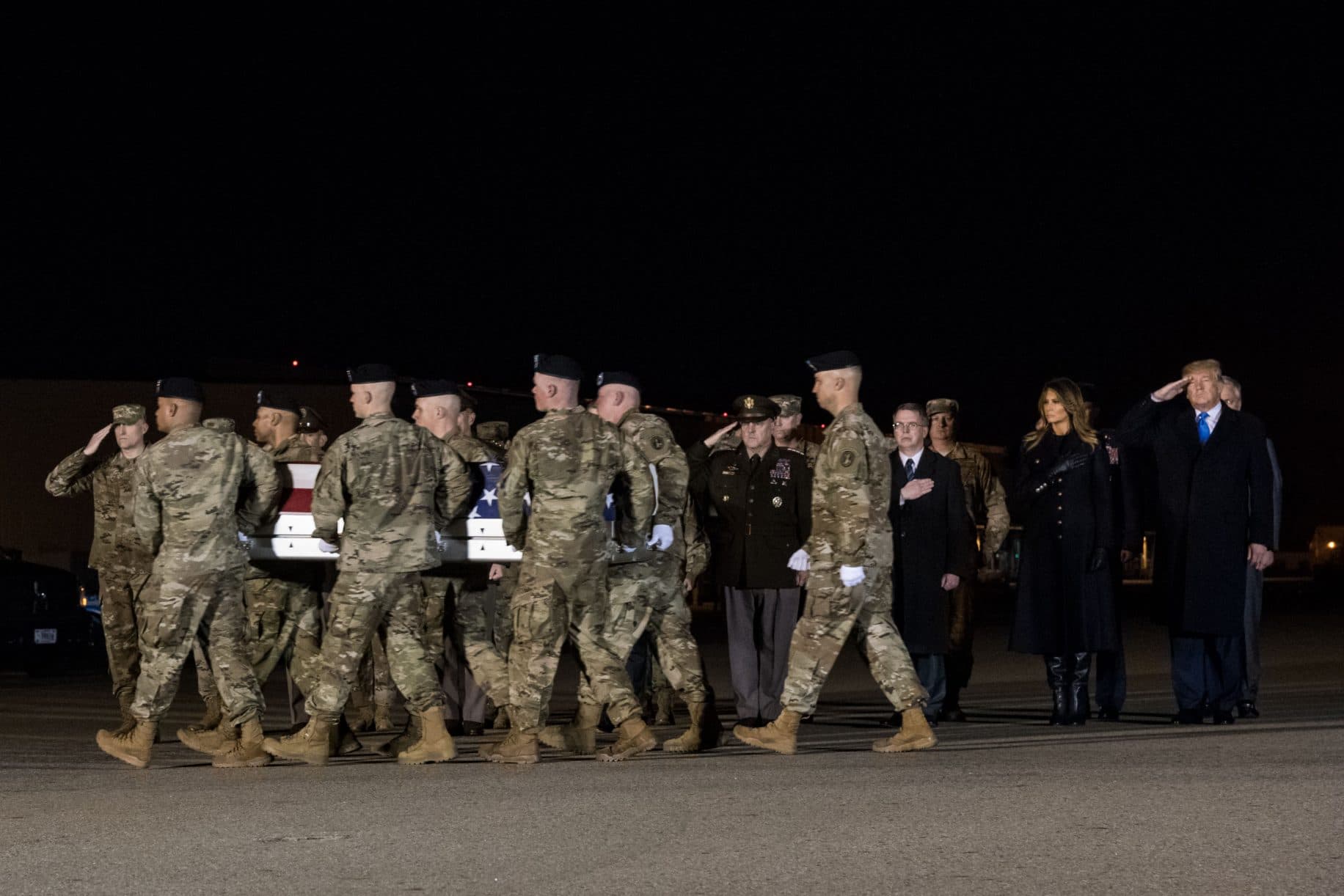 Trump was accompanied by First Lady Melania Trump, Chairman of the Joint Chiefs of Staff Mark Miley and Actor Jon Voight, all of whom were seen leaving the White House late Thursday and boarding Marine One.

On Thursday, the Pentagon had identified Knadle, 33, of Tarrant, Texas; and Fuchigami, 25, of Keaau, Hawaii, both of whom were Apache helicopter pilots and killed in Afghanistan on Wednesday.

The two members were providing security for ground troops in Logar Province when their helicopter crashed. Both had deployed to Afghanistan in October and were assigned to 1st Battalion, 227th Aviation Regiment, 1st Air Cavalry Brigade, 1st Cavalry Division at Fort Hood.

Both Knadle and Fuchigami were recipients of the Bronze Star Medal, Air Medal, National Defense Service Medal, and more.

A NATO Resolute Support statement had confirmed the incident Wednesday and said an investigation was underway to determine the cause of the crash, but it did not initially appear to be caused by enemy fire.

The Taliban immediately claimed credit for the attack, which the U.S. has refuted as false.

Taliban spokesman Zabiullah Mujahid told the Associated Press that the group was responsible for downing a U.S. Chinook helicopter at approximately 1 a.m. local time during a hostile engagement with “invaders and their hirelings” in the Logar Province.

US warns Turkey, Egypt about purchase of Russian military equipment