Making history as the first paralyzed competitor to complete a marathon, the Army veteran walked the 26.2 miles over the course of three days, telling CBS News on Monday she felt “ecstatic” about finally crossing the finish line, adding that it “was doing something I never thought I would be able to do.” 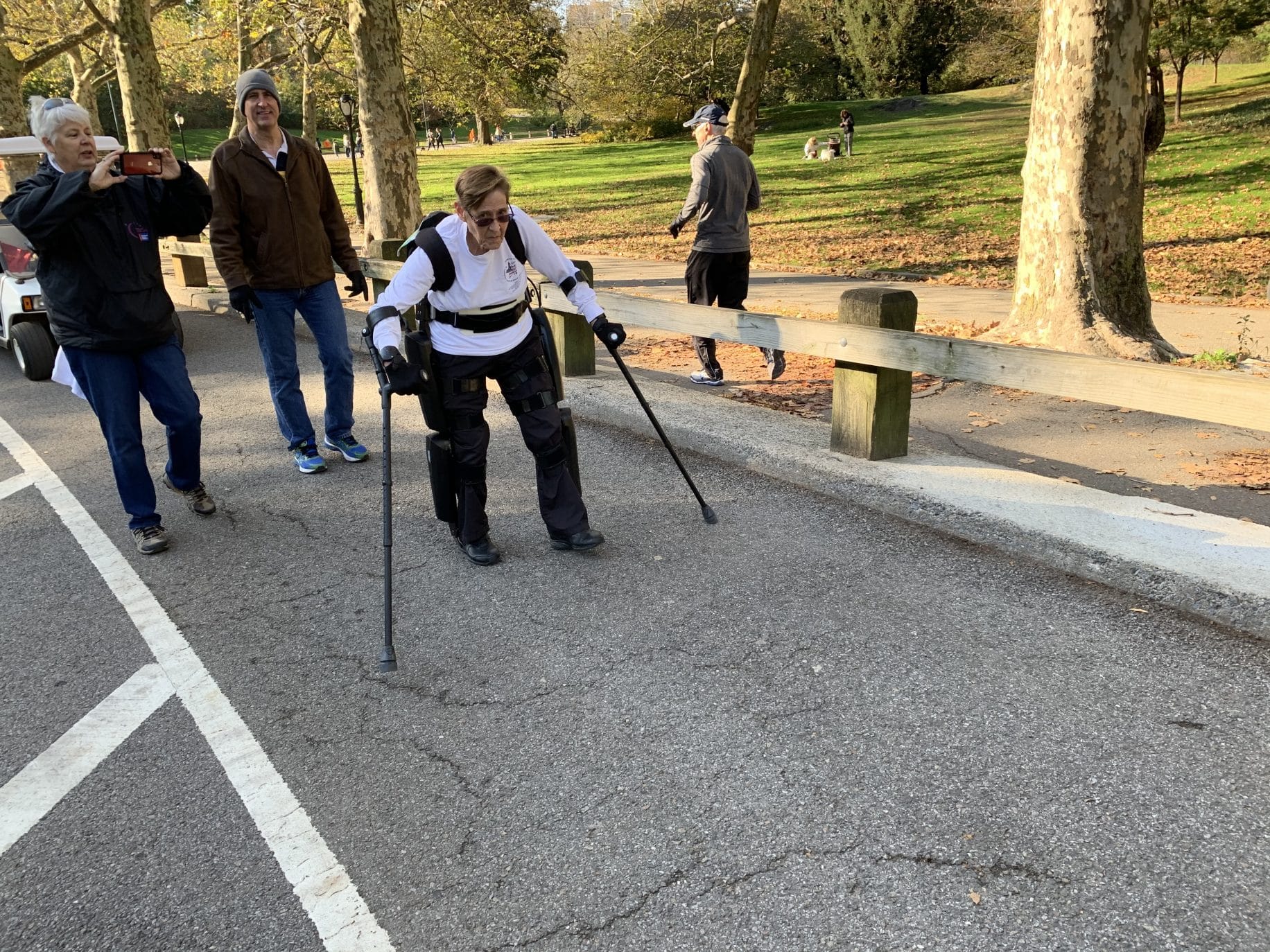 “Words cannot express the feelings I had crossing the finish line,” Vereline said in a press release. “This has been a dream of mine, and I hope I can serve as an inspiration to others that you too can achieve what seems like the impossible — especially all of the disabled children I meet across the country.”

“Don’t give up,” she said in the CBS interview. “The things that I did prior to me being paralyzed, I still can do. It’s just finding another way of doing it.”

With mixed emotions about completing the marathon, Vereline, who served in Vietnam, lamented that other less fortunate paraplegics are not able to use the technology for themselves.

“Hopefully, someday, we’ll have more devices like this to get people up and moving around,” she said. “Especially the kids.” 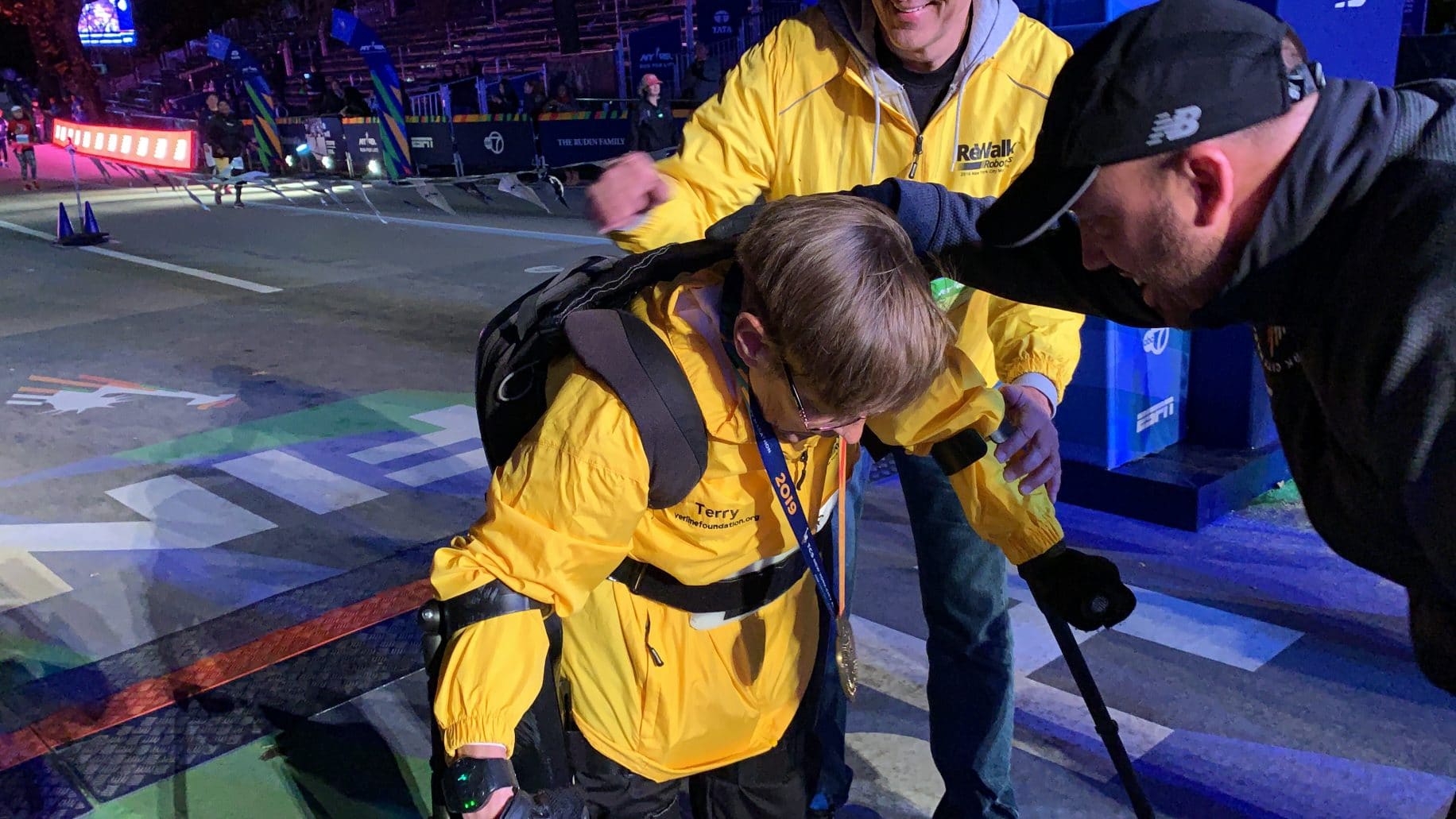 Vereline was diagnosed with a rare inflammatory disease linked to the chemicals she was exposed to while in the military called sarcoidosis, according to the New York Post. By 2011, the disease had paralyzed her from the chest down.

She first got her ReWalk robotic exoskeleton five years ago, CBS previously reported. The Department of Veterans Affairs provided her with hour-long training sessions three times a week to help her learn to stand up and balance. The Rewalk device uses a motion sensor to detect changes in the wearer’s balance, propelling the legs in the appropriate direction.

Below is a photo of the 6.0 version of the device, one generation after Vereline’s device. 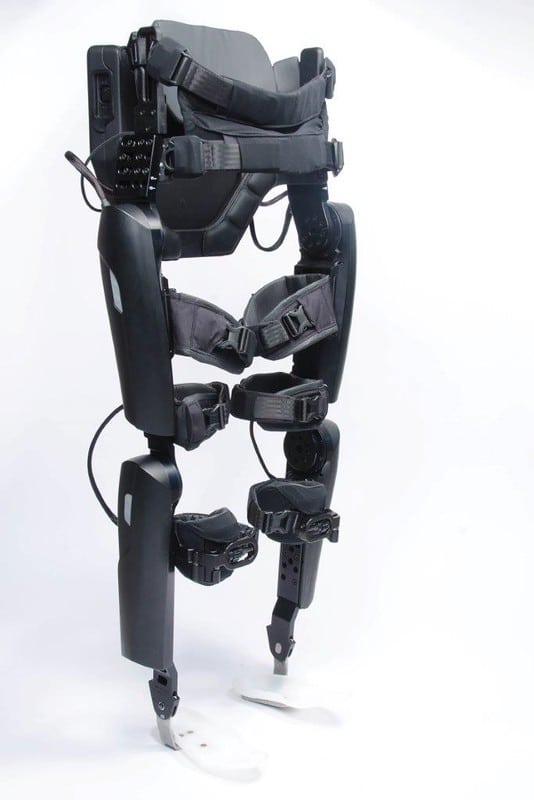 “When you’re sitting in a wheelchair for a long period of time, standing up, sitting down, your blood pressure drops and stuff like that, so you have to get your body acclimated to that,” Vereline said. “Once you’ve got that done, where your vital signs are stable, then you take steps, one step at a time.”

She added: “By the end of the month, I was walking with nobody holding me.”

“The research support and effort to provide eligible veterans with paralysis an exoskeleton for home use is a historic move on the part of the VA because it represents a paradigm shift in the approach to rehabilitation for persons with paralysis,” said Dr. Ann Spungen, who led VA research on the system.

There are more than 500 ReWalk devices used by clinics or for personal use, according to CBS, and veterans make up one of the largest ReWalk user bases. ReWalk was the first exoskeleton to receive FDA clearance for personal use and rehabilitation in the United States.

“This was the only company that approached me, and never once asked for a dime, or insurance, or anything like that,” Vereline said. “They purely are into getting us up and walking.”