When Stephan Wolfert saw his first play ever in 1991, the soldier had recently been traumatized by the suicides of two fellow soldiers and witnessing the death of one of his friends in a desert training accident in Fort Irwin, California, after the first Gulf War.

“As I was processing that, I knew something had been cracked,” said Wolfert, who went AWOL from the Army after his friend’s death and ended up on a train to Montana.

Looking back, Wolfert, 52, knows he was suffering from PTSD. As luck would have it, he saw a Shakespearean production when he got off that train, “Richard III,” about a king who was a soldier. 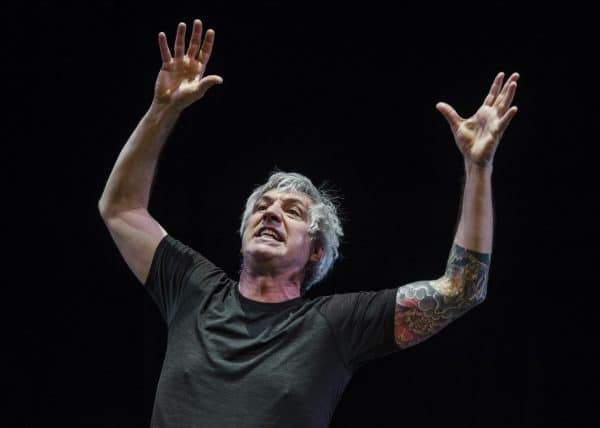 Stephen Wolfert is shown in a scene from his one-man play, ‘Cry Havoc!,” which uses Shakespeare to address the traumatic stress of veterans as they transition from military life to civilian life. [Kenny Yoo]

“It broke me wide open, seeing a veteran on stage talking about exactly how I felt,” Wolfert said of the disfigured character in his opening “Now is the winter of our discontent” monologue.

In it, Gloucester, later Richard III, talks about how he was physically, mentally emotionally deformed, much like Wolfert felt at the time. The play shook Wolfert so much, he left the Army within two years and started applying to graduate schools for acting. He got into the Trinity Repertory Conservatory program in Providence, R.I., in 1996, where he studied classical acting.

There, he wrote an early version of his current one-man play, “Cry Havoc!,” for his graduate thesis in 2000. It borrows text from Shakespeare to examine what it is to be in the military and how to carry that experience back into civilian life. In the play, Wolfert interweaves Shakespeare’s most famous speeches with his personal experience to bring to light how the military recruits citizens and wires them for war but doesn’t “un-wire” them when they return to civilian life. 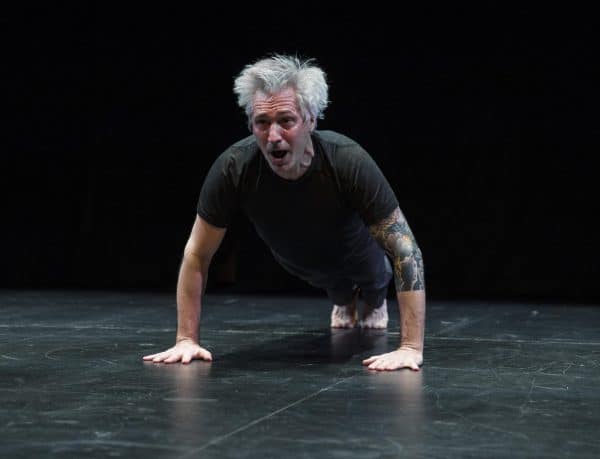 Ohio Shakespeare leaders saw the play at a conference at the Shakespeare Theater Association in Prague last winter and were struck by Wolfert’s true story about using the words of Shakespeare to heal his own PTSD. Managing Director Tess Burgler said the wanted to offer this therapy theater in Akron as a way to potentially help heal local veterans and victims of trauma.

“It is highly theatrical, fascinating, moving and healing,” Burgler said.

Shakespeare’s plays provided Wolfert with the language he had lacked to share his experience and an iambic pentameter rhythm to which he could relate.

“It’s written in the natural human heartbeat and rhythm of breath, which they teach us that in the military” including marching in cadence, breathing together and singing together, Wolfert said by phone Oct. 30 from Fort Worth, Texas, where he was working.

Wolf said studying theater in graduate school was helping him get through his life, drink less and not kill himself: “It was helping, until it wasn’t.” 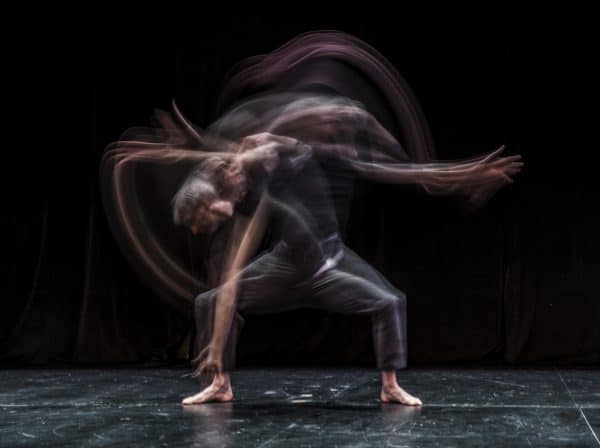 Stephen Wolfert is shown in a scene from his one-man play ‘Cry Havoc!” He is the founder of DE-CRUIT, a program that uses theater, specifically Shakespeare, to address the traumatic stress of veterans as they transition from military life to civilian life. [Kenny Yoo]

Wolfert’s trauma began well before the military, during childhood. He grew up with an alcoholic father, a neglectful mother, a brother who beat him and a neighbor who sexually abused him.

“My life has been trauma, which is not linear,” he said.

The New York-based actor, who had been suicidal since a very young age, said he reached another low about 15 years ago, when thoughts of suicide returned. The vet, originally from La Crosse, Wisconsin, had served in the Army from 1986 to 1993 and had been in and out of National Guard and active duty.

“Where I’m from, you get a job, you work and you die,” said Wolfert, who grew up working-class poor.

“The military was the only way for me to get out,” said the vet, who had recovered from a paralyzing wrestling injury in high school but saw his grades suffer.

Over a decade ago, he started asking questions such as “What the hell is wrong with me?” which led to him finishing his highly personal play “Cry Havoc!” He had already been using Shakespeare to help heal both himself and other veterans. He also incorporated mentoring from the Native American community to learn how to use theater as medicine.

Wolfert has used his military background in other realms of theater: He created and directed the military segments for Twyla Tharp and Billy Joel’s Tony Award-winning “Movin’ Out” on Broadway when he was a graduate student. Working on those Vietnam scenes helped him realize he still had his own healing to work on.

In “Cry Havoc!,” which was produced by Off-Broadway theater company Bedlam in 2017 and has played more than 500 performances across the world since 2012, Wolfert unleashes his inner “berserker,” or warrior fury, through Shakespeare’s characters and then the audience watches him recover. The title comes from Mark Anthony’s speech about the slain Caesar in “Julius Caesar.”

Wolfert is the founder of DE-CRUIT, a program that uses theater, specifically Shakespeare, to address the traumatic stress of veterans as they transition from military life to civilian life. He decontextualizes Shakespeare’s words by extracting monologues and sonnets to help veterans relate to the words of Shakespeare’s veterans and understand the timelessness of soldiers’ suffering. For more information, see decruit.org.