Repairs have been completed on the guided-missile destroyer USS John S. McCain, which was involved in a collision in 2017 that left 10 sailors dead and caused hundreds of millions of dollars in damages, and the vessel is now conducting “comprehensive at-sea testing,” the U.S. Navy said Monday.

In its first sea voyage since the deadly accident, the Yokosuka, Kanagawa Prefecture-based ship and its crew were due to perform a series of demonstrations to evaluate whether its onboard systems meet the U.S. Navy’s minimum performance specifications.

Among the systems that will be tested are navigation, damage control, mechanical and electrical systems, as well as combat systems, communications and propulsion applications.

The tests were to focus on navigation, damage control, mechanical and electrical systems, combat systems, communications, and propulsion application systems.

The “basic phase at-sea training” would take place over “upcoming months to certify in every mission area the ship is required to perform and prepare for return to operational tasking,” the Navy said. 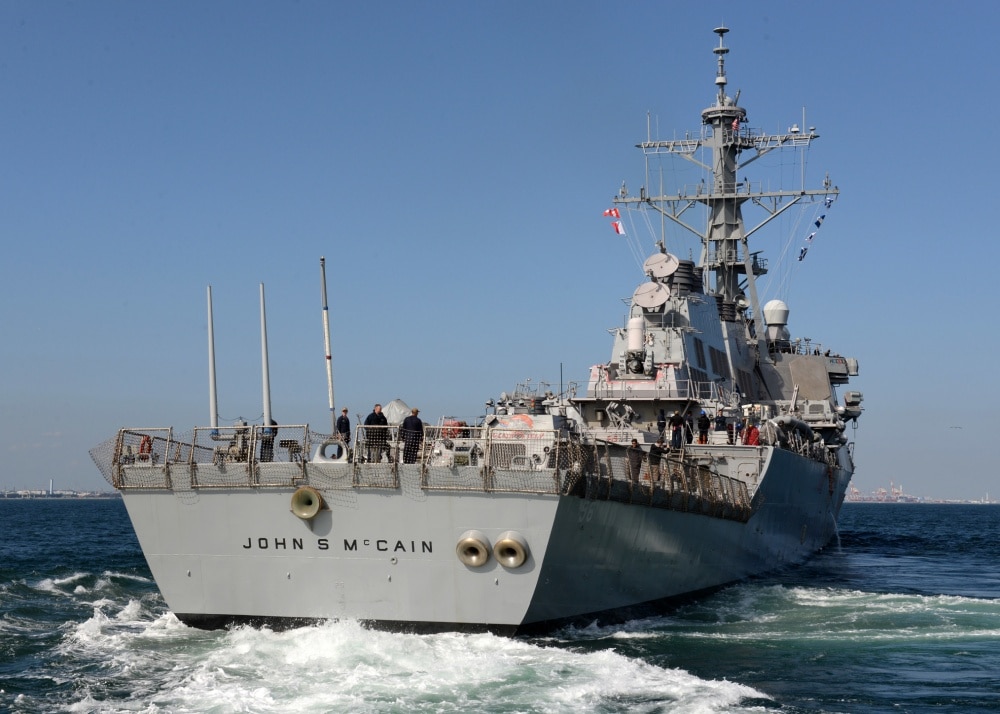 According to the Navy, the McCain underwent multiple upgrades to its computer network, antenna systems, radar array, combat weapons systems and berthing to ensure it “will return to operational missions with improved capability and lethality.”

“The USS John S. McCain embodies the absolute fighting spirit of her namesakes, and shows the resiliency of our sailors,” said Destroyer Squadron 15 commander Capt. Steven DeMoss. “She has completed her maintenance period with the most up-to-date multimission offensive and defensive capabilities, preparing her to successfully execute a multitude of high-end operations.”

“The John S. McCain is poised and ready to contribute to the lethal and combat ready forward-deployed naval force in the free and open Indo-Pacific region,” he added.

On Aug. 21, 2017, the McCain collided near Singapore with the Alnic MC, a massive commercial oil tanker, which dug into the McCain’s port side leaving 10 sailors dead. The incident came just over two months after another accident involving a destroyer with Yokosuka as its home port. The McCain’s sister ship, the USS Fitzgerald, collided with a container ship in the waters south of Tokyo Bay in June that year, killing seven sailors. 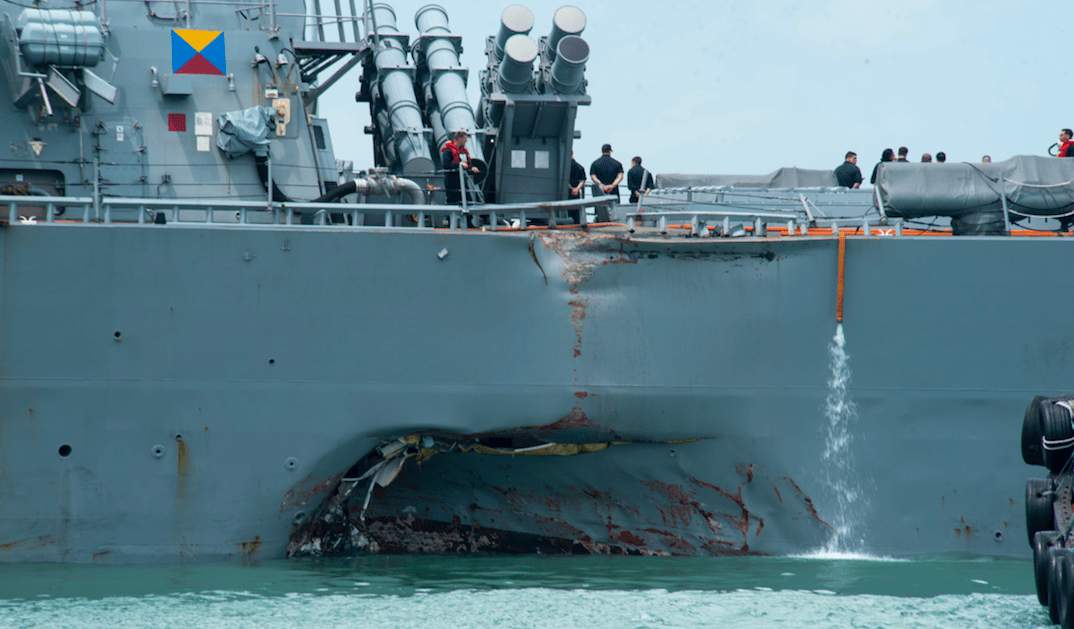 The accidents saw the commander of the U.S. 7th Fleet at the time, Vice Adm. Joseph Aucoin, relieved of his position.

Official post-collision reports have pointed to a culture of negligence, exhausted crews and a lack of training and communication as factors in the collisions, according to the navy.

Those collisions, as well as several other incidents, prompted questions about American military readiness and the training of its forces in the Asia-Pacific region, where some critics have said the U.S. Navy is stretched too thin. In response, the navy ordered a comprehensive review of surface fleet operations and incidents at sea over the past decade.

The navy’s vice chief of naval operations told Congress in February this year that it had enacted nearly all the changes recommended in two 2017 reports it ordered after the two fatal collisions.

As for the McCain’s crew, its commanding officer said the sailors were “eager to get back to sea.”

“That’s evident in the efforts they’ve made over the last two years to bring the ship back to fighting shape, and the energy they’ve put into preparing themselves for the rigors of at-sea operations,” said Cmdr. Ryan T. Easterday. “I’m extremely proud of them as we return the ship to sea, and return to the operational fleet more ready than ever to support security and stability throughout the region.”