VIDEO/PICS: US Coast Guard offloads nearly $380 million worth of cocaine and marijuana in Florida

The U.S. Coast Guard offloaded 27,300 pounds of seized cocaine and 11,000 pounds of marijuana at Port Everglades in Florida on Monday.

The drugs were apprehended during 18 separate interdictions over a two-month period, officials with the coast guard said.

They took place in international waters of the Caribbean Basin and the Eastern Pacific Ocean, off the coasts of Mexico, Central and South America.

“The offload of over 13 tons of drugs represents the efforts of not only 10 Coast Guard cutters over 18 separate interdictions, but also the commitment and dedication of international allies and partners, like the Colombians, as we work together to disrupt the networks that profit from their them,” Coast Guard Lt. Cmdr. Jason Neiman said in a statement. 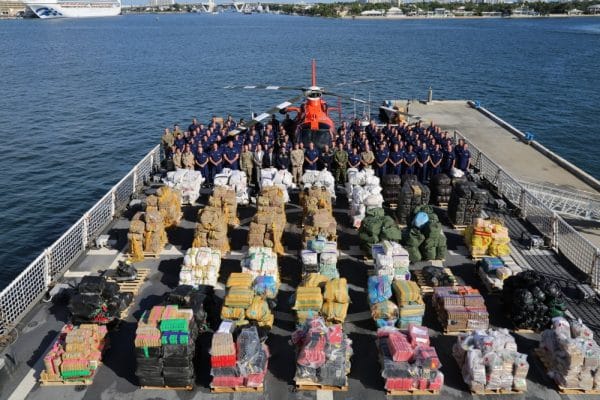 In a press conference held at Port Everglades, Rear Adm. José Jauquín Amézquita García, head of Naval planning for the Colombian Navy, said that “drug trafficking is a tragedy and a threat that is taking lives and tearing apart urban and suburban communities in the United States as well as small villages in the rural areas of Colombia.”

“With a street value of over $375 million, these drugs will not reach Main Street USA due to the efforts of this crew and other Coast Guard cutters involved in these interdictions,” Captain Randall, the commanding officer of the Cutter James, which offloaded the cargo, said in the same briefing. 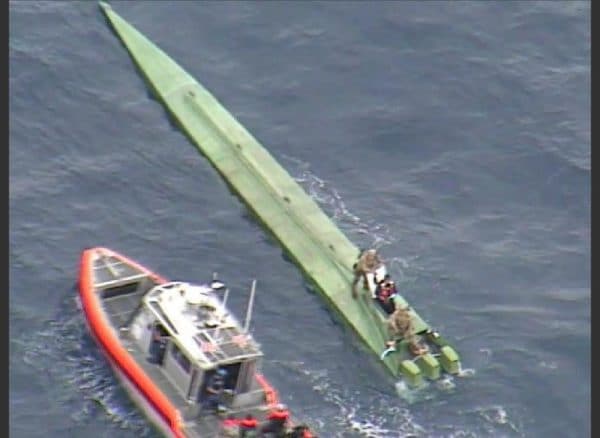 The seized cocaine is worth an estimated $367 million. The marijuana is worth approximately $10.1 million.

More than three dozens suspected smugglers were taken into custody for questioning and further investigation.