In a letter to the head of the Federal Aviation Administration Monday, U.S. Sen. Richard Blumenthal questioned an exemption that allowed passengers to fly in a 75-year-old B-17 bomber that crashed last week at Connecticut’s Bradley International Airport, killing seven people and injuring seven others.

Blumenthal’s office uncovered a letter from the FAA in March 2018 that extended the exemption allowing the plane to fly with paid passengers through 2020.

In it, John S. Duncan, a high-ranking FAA executive, wrote: “In your petition, (Collings Foundation) indicate that there has been no change in the conditions and reasons relative to public interest and safety that were the basis for granting original exemption.” 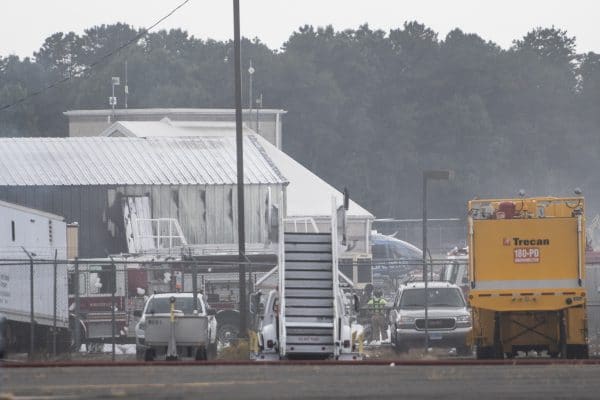 In his letter to the FAA, Blumenthal questioned inspection and maintenance requirements of the plane.

“It is unclear from the exemption letter what specific inspection protocols were required in order for this vintage plane to fly with passengers,” Blumenthal wrote in a letter that outlined detailed questions about FAA regulations and requirements.

The B-17 bomber is allowed to operate under an FAA exemptions to private and commercial regulations that allow for “Living History” flights of restored, vintage aircraft. The exemptions allow operators to carry passengers in historical aircraft that have “a limited or experimental airworthiness certificate,” the FAA said. The B-17 flown by Collings is one of fewer than 20 left in the world.

Collings Foundation asked for and received the exemption in 2001 and it was renewed at least once in 2018, allowing the foundation to solicit $450 donations for brief flights in the B-17. The exact requirements for maintenance and inspections are not outlined in expansive FAA documents about vintage planes, nor are they outlined in the FAA correspondence released by Blumenthal.

“The FAA must justify any gray area in these regulations,” he continued.

The 75-year-old World War II bomber took off from Bradley International Airport about 9:45 a.m. on Wednesday, but radioed in to air traffic control minutes later that they were having some engine trouble, investigators said.

Following reports the plane was having engine problems before and after take off, the National Transportation Safety Board, leading the probe into the deadly crash, secured the plane’s four piston-driven engines for further examination.

“There are a lot of factors here. It may be a mechanical issue it or may not be,” NTSB board member Jennifer Homendy said Friday. She acknowledged that NTSB heard the reports, but it is “too early to draw any conclusions.”

Law enforcement sources told the Courant that the Collings Foundation, the owner and operator of the historic plane, were aware of engine problems before take off on Wednesday morning.

The NTSB, working with a contractor, removed the wreckage of the plane from Bradley Airport on Friday to a secure sight. Despite heavy fire, officials said a portion of the tail, the two wings, four fuel tanks and a flight control panel were left.

Investigators also received a trove of maintenance and inspection records from both the company and the FAA, but did not disclose much about what the records showed. Homendy said the plane’s last major inspection was in January 2019.

The plan was FAA-certified through November 2022, records show.

It could be up to 10 days from the crash before NTSB releases a preliminary report on their findings and 12 to 18 months before they complete the investigation and provide a reason for what caused the deadly crash.

Collings Foundation, which owns dozens of other World War II planes, said Friday they were suspending all public flights through the end of the year and cooperating fully with the NTSB and other investigators.

Teen who helped stop school shooting is now a Marine