Manuel “Manny” Jimenez was on a routine foot patrol in Marjah, Afghanistan in August 2010 when a roadside bomb changed his life forever.

The United States Marine would ultimately lose his left arm following the improvised explosive device (IED) attack outside his unit’s forward operating base in the Helmand Province of Afghanistan, but Jimenez was determined not to live out his recovery from a hospital bed. The wounded Marine instead turned to a favorite exercise in running.

Jimenez joined the Marines in 2007, fresh out of high school in New Bern, Conn. and eventually assigned to the 2nd Battalion, 6th Marines. He had been on the cross country and wrestling teams in high school. As a 5-foot 6-inch machine gunner, Jimenez said running took on a new significance in conditioning him to keep up with bigger, stronger Marines. 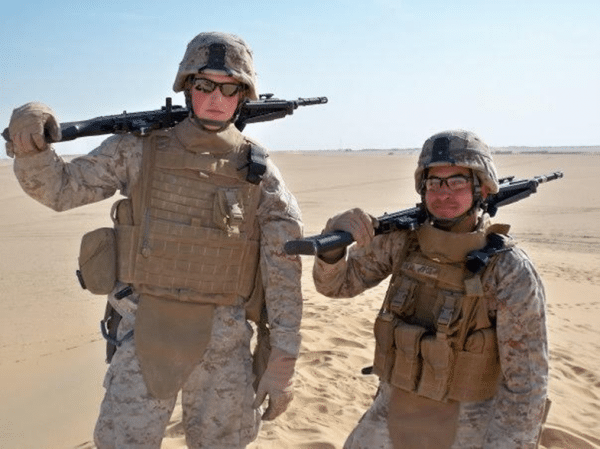 Running took on an even greater purpose when Jimenez was stuck in a hospital bed in 2011, following his injuries from the August bombing attack. While Jimenez was still hospitalized, he said his platoon gunnery sergeant gave him a call to remind him of the drive he had shown to become a Marine.

“He knew that I liked running, he said ‘try doing some running and don’t just sit in a hospital bed and let the days pass by,'” Jimenez told American Military News.

Jimenez focused on his physical therapy and soon joined the Achilles Athletes “Freedom Team,” an organization for wounded veterans to overcome their injuries through sport. The Marine soon set a goal to take on his first marathon later in 2011.

Jimenez said his first race was one of his greatest moments with the athletic organization, as he got to see how much he had recovered since the attack.

After completing his recovery and receiving his discharge papers from the Marines in 2012, Jimenez stuck with Achilles Athletes, where he said he focused on building on the shared brotherhood he had with other wounded veterans and “paying it forward.”

“For me being able to go back and give back and help those that suffered some of those wounds that you don’t always see physically, to still have a drive in sport is always awesome,” he said, “especially since you get to hear their stories and share similar experiences because I think that’s what people get lost in sometimes, those invisible wounds that people don’t see.”

Jimenez is set to run in the upcoming Marine Corps Marathon 10k event on Sunday in Arlington, Va. alongside race guide and fellow Marine veteran Rick Peacor. Manny said he is aiming for about a 40 to 45 minute time for the roughly 6.2-mile run. 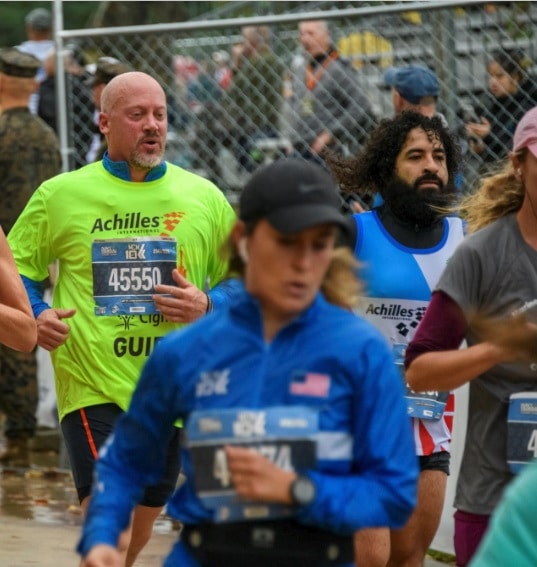 Peacor, who served in Desert Storm and is a member of Cigna insurance’s Veterans Employee Resource Group, said running is not his forte. Instead, he prefers powerlifting and he’s mostly worked with wounded veterans in that capacity.

“I’m hoping he doesn’t outrun me too bad,” Peacor said.

Jimenez is also scheduled to run in the NYC marathon the week after the Marine Corps Marathon event.

Janet Patton, the director for the Achilles ‘Freedom Team,’ said Jimenez sells himself short even in his service giving back to other wounded veterans.

“He’s an extraordinary person, what he brings to each weekend, it’s really a family reunion . . . some people just come solo and Manny is one of those that brings everyone together,” Patton said.

Patton said Manny is not only a great help to organization but also a “stellar athlete” with some impressive past Marathon times. 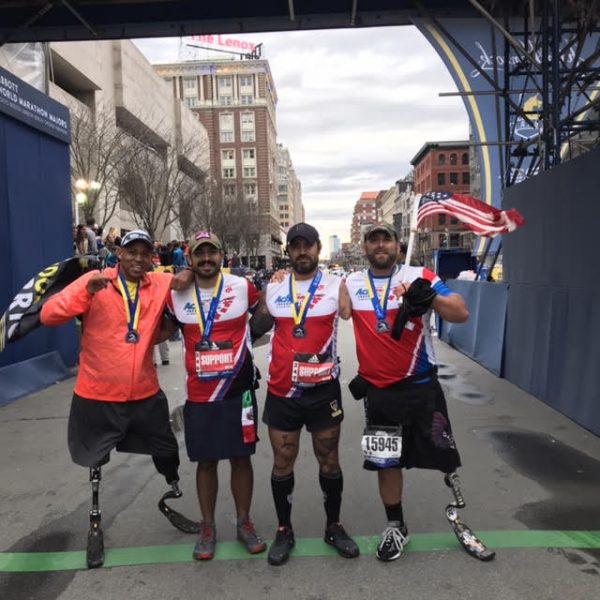 Patton, who has been working for Achilles Athletes for over 12 years said her first assignment was delivering handcycles to wounded veterans at Walter Reed Medical Center as part of the organization’s efforts to rehabilitate veterans through sport. She said being able to support veterans has been a “profound experience” and an opportunity to give back to veterans like Jimenez.

Cigna employees acted as guides for Manny and other Achilles Athlete ‘Freedom Team’ members during the Marine Corps Marathon. Cigna has partnered with Achilles Athletes for over ten years, as part of an effort to athleticism as a key factor in improving quality of life.

Cigna also provides a Veteran support line for both Cigna and non-Cigna customers, which provides health resources and post-deployment support for veterans and their families. Their support number is 1 (855) 244-6211 and is available 24-hours a day on every day of the year.

Trump administration bans US flights to all Cuban cities but Havana